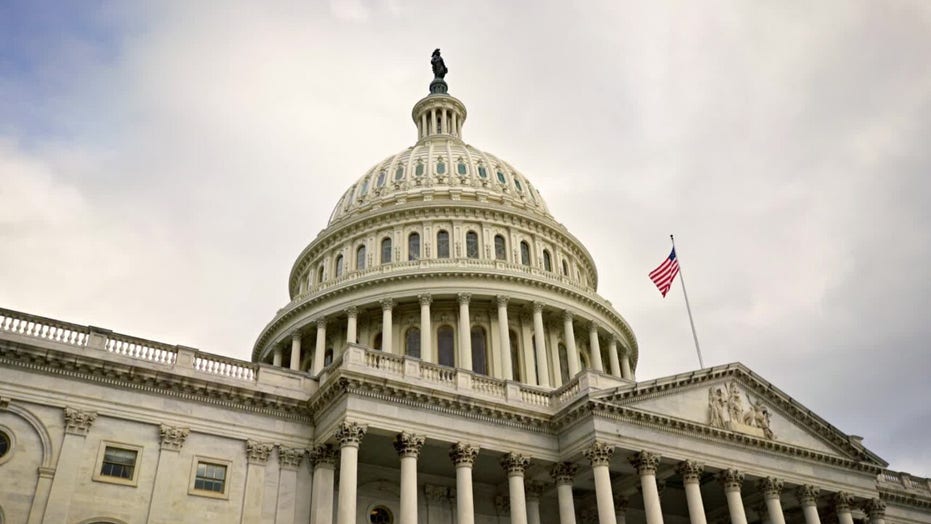 Trump and GOP force Pelosi to call off FISA bill

House Speaker Nancy Pelosi and Majority Leader Steny Hoyer officially cancelled plans to vote on the bipartisan FISA bill after it became clear that House Republicans would no longer back the bill. The president also tweeted that he would veto the bill, making it dead on arrival.

SpaceX and the House of Representatives shared something in common last week.

Both scrubbed their respective launches.

SpaceX and NASA intended to send Americans into outer space from U.S. soil for the first time in nine years. But weather forced a scrub of the launch.

Just hours later, the House had to scrub a vote on a bill to renew controversial FISA programs.

A coalition of Democrats and Republicans supported the legislation back in March. The Senate approved a slightly revised FISA package two weeks ago, 80-16. But then President Trump flexed his Twitter muscles, encouraging all Republicans to vote nay. The President phoned House Minority Whip Steve Scalise, R-La., asking him to whip GOPers to oppose the package.

Republican support for the bill evaporated on cue.

The House passed the original FISA plan in mid-March 278-156. One-hundred-fifty-two Democrats voted aye. But 75 Democrats cast nay ballots. That helps explain why the March version of the bill was a bipartisan compromise, negotiated in part by Attorney General William Barr. But once Republicans bolted, Democrats couldn’t make up the difference on their own. Democrats could only lose 17 on their side of the aisle and pass the bill. Such a task would require House Speaker Nancy Pelosi, D-Calif., to convert 58 Democratic nays into yeas in a matter of hours.

So Pelosi scrubbed the FISA launch.

The coronavirus pandemic forced other legislative assemblies and parliaments around the world to allow members to vote from home. Cast ballots via email. Even convene and debate electronically.

The House of Representatives didn’t go quite that far.

If lawmakers couldn’t make it to Washington because of COVID-19, the House first asked them to write a good, old-fashioned letter. 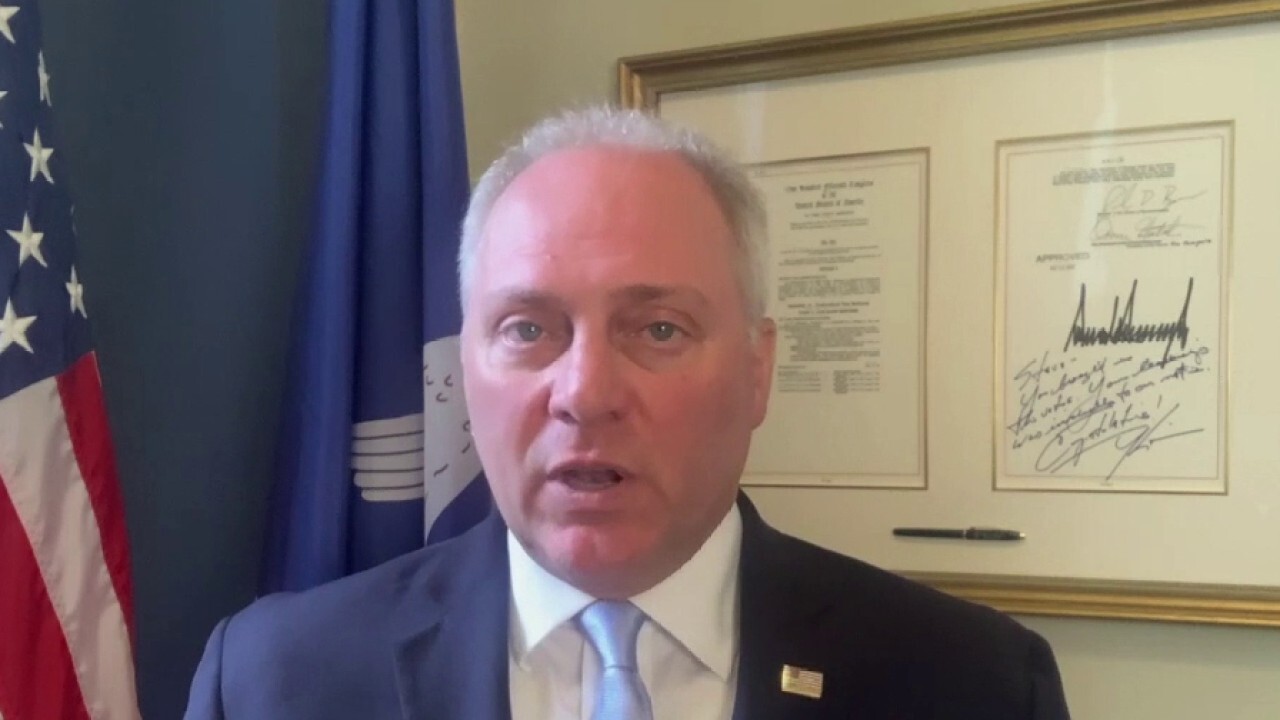 House members would dash off a missive, notifying Clerk of the House Cheryl Johnson if they were unable to attend and vote due to health concerns, transportation issues, perhaps family needs back home attending to an at-risk loved one. And in the letter, each member had to designate who they would empower to vote as their proxy on the floor.

Then, when a vote would come up, the absent members would monitor the House floor via C-SPAN and notify their stand-in on the floor. Members would dictate their vote in that message. Yea, nay or present.

The members on the floor would then write the name of their proxy on a card. Green ones for yea. Red ones for no. The member holding the proxies would then hand in the votes on the floor, announcing each proxy verbally in the chamber.

More than 60 House members skipped last week’s session due to the pandemic, voting remotely. All were Democrats. That accounts for 16 percent of the entire House and constituted a little less than a third of the Democratic Caucus. Twenty-six Democrats from California voted by proxy alone.

Republicans were having none of it. They threatened to sue, arguing that any vote taken by proxy was invalid. GOPers asserted the Founders wanted lawmakers present on the floor in Washington.

“Look at the history of America through the yellow fever of 1893. The burning of the Capitol during the War of 1812. The Spanish flu of 1918 and even 9/11. Congress has never flinched from its Constitutional duty to uphold and assemble inside this body,” said House Minority Leader Kevin McCarthy, R-Calif. “But today is different.”

Republicans accused Democrats of diluting the vote of a member and their constituents. McCarthy suggested that the process would rob “48 million people” of a voice on the House floor.

During an appearance on Fox News, McCarthy argued the gambit endangered “the Constitution to make sure Pelosi has more power.”

Hoyer then took a swipe at President Trump.

“And the man who would be king doesn’t want us to meet,” thundered Hoyer. “The men who met in that room in Philadelphia had had enough of kings.”

The Democrats who didn’t attend in person explained why they opted out of coming to Capitol Hill.

“I have an elderly mother, 79 and (with) Alzheimer’s who I have a caregiver for. In concern (for) her health and concern from what we’re hearing from public health officials on limiting travel, I made a decision to allow myself to vote by proxy,” said Rep. Nanette Barragan, D-Calif.

“My wife has had two heart surgeries and it’s really her health that I’m most concerned with,” said Vela. “And now that we’re allowed to do this by proxy, I would prefer to mitigate that risk.”

Both Barragan and Vela tapped Rep. Ruben Gallego, D-Arizona, to serve as their proxies.

“The key is to make sure you’re in touch with your proxy to make sure that neither of you have technological issues during the process,” said Vela. “And, that they actually follow your instructions.”

Rep. Don Beyer, D-Va., lives only about 15 minutes away from the U.S. Capitol, across the Potomac River in Alexandria, VA. As a result, nine members tapped Beyer to deliver their proxy votes on the floor.

Beyer engineered a system which he described as “triple redundancy” to serve as a colleague’s stand-in on the floor. Those voting by proxy would call Beyer on his House-issued cell phone and tell the Virginia Democrat how they intended to vote. Then those voting in absentia would send an email, from their official House account to Beyer’s official email account. After that, the chief of staff for the absent member would follow up with Beyer’s chief of staff.

Members serving as proxies on the floor must do the bidding of those members back in their districts.

“There’s a relationship of mutual trust,” said Beyer, noting he often dined with one of his proxies and played bridge with another.

Republicans continued to raise hackles as to whether “phoning in” your vote comported with the Constitution. But political scholar Darrell West of the Brookings Institution believes the Founders would have been ok with proxy voting.

“They knew all about disease. There were smallpox infestations in the 18th and 19th centuries. So I think they would understand this is an extraordinary period. A major pandemic where health considerations are paramount,” said West.

In his letter requesting leave, Crist wrote to Clerk of the House Cheryl Johnson “I am physically unable to attend proceedings.” But then Crist tweeted he planned to attend the SpaceX launch. McCarthy noted that the launch wasn’t even in Crist’s district.

Nor was there any launch. Nor FISA vote.

“Maybe we should have just scrubbed the whole week,” said one House aide.