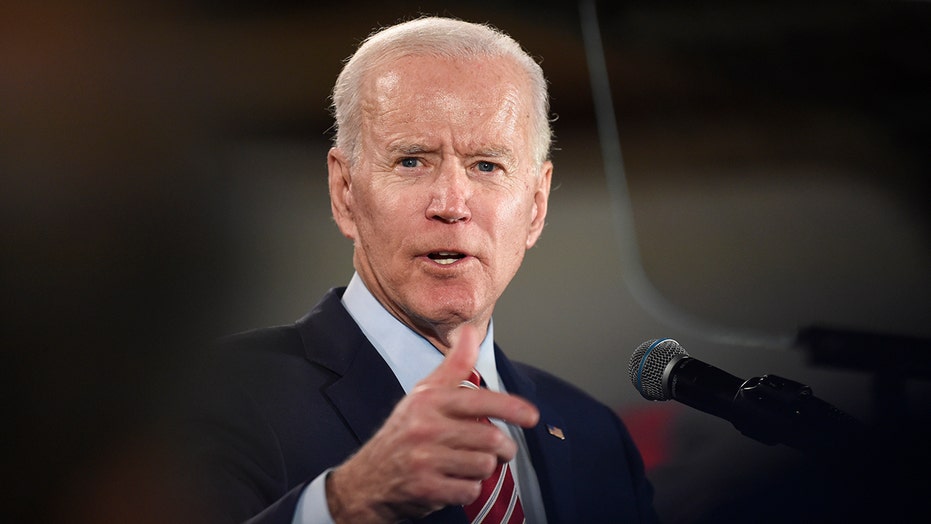 Biden slides to the left on immigration, apologizes for Obama-era policies

A new poll by NBC News/Wall Street Journal indicates that 67 percent of voters are "very uncomfortable" with having a presidential candidate who is a socialist, despite the Democratic party's front-runner, Sen. Bernie Sanders, I-Vt., declaring himself as such.

Despite this, the liberal candidate who has proposed a progressive legislative agenda as part of his campaign's bid for the White House, including "Medicare-for-All" and free college tuition, narrowly clinched the first two early-voting states for the season in both the Iowa caucuses and the New Hampshire primary and is leading in most national polls.

Sanders isn't the only candidate dubbed a socialist though; Sen. Elizabeth Warren, D-N.H., who shares many of the same policy stances as Sanders, has also been dubbed the same at times.

Socialism was among six other characteristics that gave voters pause. The others included a candidate who is older than 75, had a heart attack in the last year, is younger than 40, self-funds their own campaign with millions of dollars, is gay or lesbian, or is a woman.

Fifty-three percent of voters have reservations/are very uncomfortable with someone who's older than 75. Sanders, the oldest candidate in the race, is 78, and former Vice President Joe Biden, another top contender, is 77.

Fifty-seven percent of voters say they have reservations/are very uncomfortable with someone who had a heart attack in the last year. Sanders suffered from a heart attack in October 2019 but made a swift recovery, hitting the campaign trail again less than a month later.

Forty-one percent have reservations/are very uncomfortable with someone who self-funds their campaign with hundreds of millions of dollars. Former New York City Mayor and billionaire Michael Bloomberg, who has risen in the polls in recent months after doling out over $300 million for television ads in states voting on Super Tuesday, has faced tremendous backlash from opponents in his own party and President Trump, accusing him of trying to buy the White House.

Forty percent of voters claimed to have reservations/are very uncomfortable with a candidate who is younger than 40, which the youngest contender, former Mayor Pete Buttigieg of South Bend, Ind., is at 38 years old.

He is also openly gay and married, a fact that makes 27 percent of all voters very uncomfortable, the poll said.

Several women have made strong surges in the crowded Democratic battlefield, particularly Warren and Sen. Amy Klobuchar, D-Minn., but 14 percent of voters say they are bothered by a candidate who is female.

When identified by name, 47 percent of all voters say they are "very uncomfortable" with Trump on the ballot in 2020; 44 percent say the same about Sanders; 41 percent say that about Warren; and 39 percent say so about Biden.