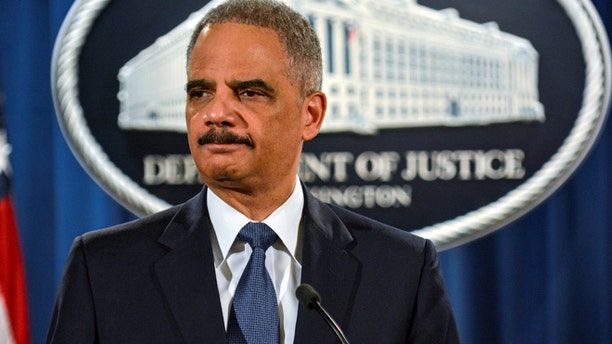 While Eric Holder was attorney general, the Justice Department allowed prosecutors to strike agreements compelling big companies to give money to outside groups not connected to their cases to meet settlement burdens. (Reuters)

The chairman of the House Judiciary Committee claims he obtained a “smoking gun” email that proves the Obama Justice Department prevented settlement payouts from going to conservative-leaning organizations, even as liberal groups were awarded money and DOJ officials denied “picking and choosing” recipients.

“It is not every day in congressional investigations that we find a smoking gun,” Rep. Bob Goodlatte, R-Va., said Tuesday. “Here, we have it.”

While Eric Holder was U.S. attorney general, the Justice Department allowed prosecutors to strike agreements compelling big companies to give money to outside groups not connected to their cases to meet settlement burdens. Republican lawmakers long have decried those payments as a “slush fund” that boosted liberal groups, and the Trump DOJ ended the practice earlier this year.

But internal Justice Department emails released Tuesday by Goodlatte indicated that not only were officials involved in determining what organizations would get the money, but also Justice Department officials may have intervened to make sure the settlements didn’t go to conservative groups. 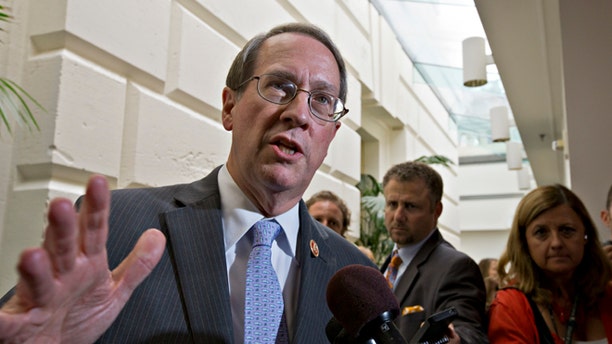 “It is not every day in congressional investigations that we find a smoking gun,” House Judiciary Chairman Bob Goodlatte, R-Va., said Tuesday. “Here, we have it.” (Associated Press)

In one such email in July 2014, a senior Justice Department official expressed “concerns” about what groups would receive settlement money from Citigroup — saying they didn’t want money going to a group that does “conservative property-rights legal services.”

“Concerns include: a) not allowing Citi to pick a statewide intermediary like the Pacific Legal Foundation (does conservative property-rights legal services),” the official, whose name is redacted in the email, wrote under the title of “Acting Senior Counselor for Access to Justice.”

The official added that “we are more likely to get the right result from a state bar association affiliated entity.”

The Pacific Legal Foundation responded to the email release Tuesday by telling Fox News it believes “permanent reforms to prevent such abuse are needed.”

“We are flattered that the previous administration would be concerned enough about our success vindicating individual liberty and property rights to prevent settlement funds from making their way to Pacific Legal Foundation,” PLF CEO Steven D. Anderson said in a statement. 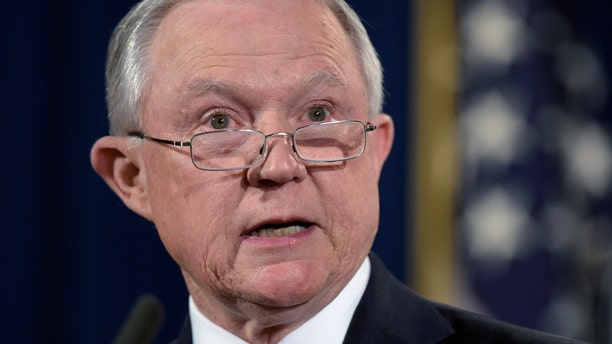 “When the federal government settles a case against a corporate wrongdoer, any settlement funds should go first to the victims and then to the American people— not to bankroll third-party special interest groups or the political friends of whoever is in power,” Attorney General Jeff Sessions said. (Associated Press)

Goodlatte, who is sponsoring the Stop Settlement Slush Funds Act of 2017, disclosed the emails during a speech on the House floor, taking aim at then-Associate Attorney General Tony West.

“Aiding their political allies was only the half of it,” Goodlatte said. “The evidence of the Obama DOJ’s abuse of power shows that Tony West’s team went out of its way to exclude conservative groups.”

“Can you explain to Tony the best way to allocate some money to an organization of our choosing?” Principal Deputy Associate Attorney General Elizabeth Taylor wrote in one November 2013 email.

Groups who received funding also expressed appreciation for West’s efforts, according to the emails.

“Now that it has been more than 24 hours for us all to try and digest the Bank of America settlement, I would like to discuss ways we might want to recognize and show appreciation for the Department of Justice and specifically Associate Attorney General Tony West,” wrote Charles R. Dunlap, executive director of the Indiana Bar, in an August 2014 email.

Dunlap wrote that West “by all accounts was the one person most responsible” for the Interest on Lawyers Trust Accounts group receiving money.

One person, Bob LeClair, responded to Dunlap’s email by saying, “Frankly, I would be willing to have us build a statue [of West] and then we could bow down to this statue each day after we get our $200,000.”

West, who now works as an executive vice president at PepsiCo, did not immediately return an email from Fox News seeking comment.

In 2015, however, Geoffrey Graber, who oversaw the Justice Department’s big banks settlements, told Goodlatte during a congressional hearing that the department “did not want to be in the business of picking and choosing which organizations may or may not receive any funding under the agreement.”

Even before the release of Tuesday’s emails, Republicans had blasted these settlements as a “slush fund” for favored groups.

Gibson Guitars was forced to pay $50,000 to the National Fish and Wildlife Foundation in 2012, though that organization has nothing to do with the case. In 2014, Bank of America gave money to the National Urban League, the Neighborhood Assistance Corporation of America and the National Council of La Raza as part of a major mortgage fraud settlement stemming from the 2008 financial crisis.

'Aiding their political allies was only the half of it.'

Asked about the emails, the Justice Department on Tuesday referred Fox News to Attorney General Jeff Sessions’ statement in June after he announced the end to the practice.

“When the federal government settles a case against a corporate wrongdoer, any settlement funds should go first to the victims and then to the American people — not to bankroll third-party special interest groups or the political friends of whoever is in power,” Sessions said.

Goodlatte on Tuesday praised Sessions’ move to end mandatory donations, but called his legislation a “good governance measure,” and called it necessary to prevent a future Justice Department from reversing the action. The bill prohibits the Justice Department from requiring defendants to donate money to outside groups as part of a settlement with the federal government.

The Obama administration has been accused of unfairly targeting conservative organizations before — most famously after the revelation the IRS applied extra scrutiny to groups with “Tea Party” in their names.