Chad Pergram on the latest developments of the stalled coronavirus relief bill.

The slimmed-down package is expected to spend about $300 billion in federal aid, according to McConnell's office. The bill includes an extra $300 per week in unemployment benefits through Dec. 27 -- down from the $600 weekly boost that expired at the end of July -- a second round of Paycheck Protection Program funds to small businesses worth $258 billion, $105 billion for schools and colleges, and McConnell's liability protection plan that would limit lawsuits against businesses from employees or customers who contract COVID-19.

"The Senate Republican majority is introducing a new targeted proposal, focused on some of the very most urgent health care, education, and economic issues," McConnell said in a statement Tuesday, the Senate's first day back from August recess.

“I will be moving immediately today to set up a floor vote as soon as this week," he added.

The vote will be on a procedural measure on whether to consider the legislation. It's quite possible the proposal -- which was already panned by Democratic leaders -- will fail to garner the 60 votes necessary in the test vote and will die before ever getting a vote on final passage.

This will be McConnell's second attempt at moving legislation in the GOP-led Senate. In July, he proposed a $1 trillion relief package, but it failed to go anywhere in the upper chamber.

The Democratic-led House already passed its $3 trillion HEROES Act in May -- the largest spending bill in history -- and has been pressuring McConnell to pass something in the four months since. McConnell first said the Senate would "pause" to see if more federal aid was needed, and when he decided to act, Republicans couldn't pass anything.

The White House and House Speaker Nancy Pelosi, D-Calif., and Senate Democratic Leader Chuck Schumer, D-N.Y., have been in talks in recent weeks, but they haven't been able to reach a deal. President Trump accused Democrats of being unwilling to give him a win before the presidential election, whereas Democrats have accused the White House of not understanding the gravity of the crisis as they demand a giant spending package.

Before McConnell released his plan, Schumer and Pelosi on Tuesday bashed it as an "emaciated bill" that doesn't come close to addressing the needs of the American people. They framed the vote as a purely political move to help vulnerable senators before their November elections.

"This emaciated bill is only intended to help vulnerable Republican Senators by giving them a ‘check the box’ vote to maintain the appearance that they’re not held hostage by their extreme right-wing that doesn’t want to spend a nickel to help people," Pelosi and Schumer said in a joint statement while saying the GOP bill is laden with "poison pills" that Democrats couldn't support.

A spokesperson for Pelosi said two poison pills are McConnell's plan for business immunity to shield them from coronavirus lawsuits and school vouchers.

McConnell's legislation does include school choice funding as well as support for day care providers, $16 billion for testing and contact tracing, and forgiving the $10 billion Treasury loan that was authorized by Congress in March to the U.S. Postal Service.

One big provision missing from the package that Democrats wanted was new spending for state and local governments that have been struggling with steep tax revenue shortfalls during the pandemic. The House Democrats' plan that passed in May allocated nearly $1 trillion for state and local aid.

Meanwhile, McConnell blasted Pelosi for rejecting piecemeal legislation, such as extending unemployment benefits, while calling the House back from August recess to vote on a $25 billion funding infusion for the United States Postal Service. He called on Democrats to compromise.

“Working families must not suffer more than necessary because Democrat leaders think citizens’ pain may help their political fortunes," McConnell said. "Congress can, should, and must do more to help. The Senate will vote and the American people will be watching.”

The showdown in the Senate this week will have reverberations on the campaign trail. McConnell will give GOP senators facing challenging reelection bids a chance to vote on a procedural bill to show voters they are willing to support additional coronavirus relief, including Sens. Susan Collins, R-Maine, Cory Gardner, R-Colo., Joni Ernst, R-Iowa. And McConnell will also seek to cast Democrats who oppose the procedural motion as obstructionists.

The GOP controls 53 seats in the Senate. It's unclear how McConnell would get the 60 votes needed on the test vote.

And if McConnell peels off seven Democrats, the GOP leader has already telegraphed he doesn't have full GOP support for passage on a final bill. McConnell has said he has 20 Republicans who were opposed to doing much of anything on coronavirus relief. A good jobs report last week, coupled with a staggering federal report about an annual budget deficit of $3.3 trillion, doesn’t sit well with many Senate Republicans concerned about more spending.

Democrats pointed out the GOP disunity in their statement and urged a bipartisan solution.

"Even Leader McConnell has repeatedly stressed that 20 Republican Senators intend to do nothing in the face of this historic crisis," Pelosi and Schumer said. "Democrats want to work on bipartisan legislation that will meet the urgent needs of the American people but Republicans continue to move in the wrong direction.” 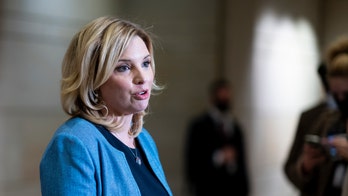 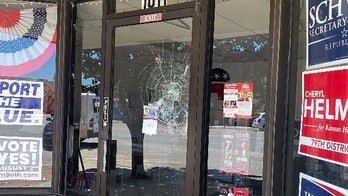 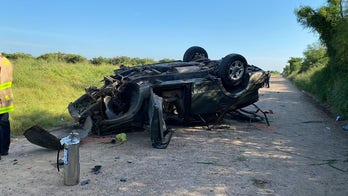