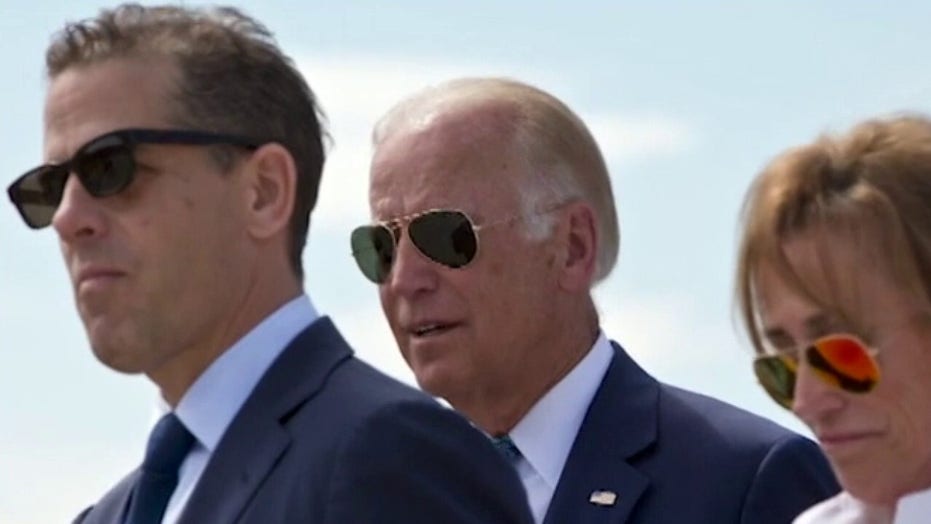 Sen. Johnson ramps up Burisma investigation: We didn’t target Biden's, they put themselves there

Sen. Ron Johnson reacts to Jill Biden claiming Hunter Biden is not 'fair game' referring to his involvement with Burisma and Ukraine corruption

Former Vice President Joe Biden's son wasn't unfairly targeted by Republicans, but rather brought scrutiny on himself by serving on the board of Burisma Holdings in a conflict of interest, Senate Homeland Security Committee Chairman Ron Johnson, R-Wis., argued on "The Story" Wednesday.

"We didn't target the Bidens," Johnson told host Martha MacCallum. "We were actually looking at potential DNC involvement corrupting some of the agencies in the Obama Administration."

CBS MOCKED FOR 'LOVE FEST' FEATURE ON JILL BIDEN: 'NO PUFF PIECE ON MELANIA' IN 2016

Over the weekend, Biden's wife Jill told CBS News "Sunday Morning" that "I don't think he [President Trump] should be attacking my family.

"My family is not fair game," Jill Biden said. "Joe is running against him, that's different.  Not my children."

"It is Vice President Biden's and Hunter's actions that put them in the middle of some of our investigation," Johnson countered. "We didn't put them there, they put themselves there with the glaring conflict of interest."

"Many in the media, in an ongoing attempt to provide cover for former Vice President Biden, continue to repeat the mantra that there is 'no evidence of wrongdoing or illegal activity' related to Hunter Biden’s position on Burisma’s board," the senator concluded. "I could not disagree more.  A brief summary of the timeline of events in Ukraine will support my assessment."