In an exclusive interview with "The Ingraham Angle" Monday, Sen. Kelly Loeffler, R-Ga., called out her Democratic runoff opponent Raphael Warnock as a "radical" who has slammed police officers and has been associated with controversial figures like the late Cuban dictator Fidel Castro.

Loeffler cited Castro's 1995 visit to the Abyssinian Baptist Church in Harlem, where Warnock was serving as a youth pastor. Warnock's campaign has claimed the preacher had no role in the decision-making behind inviting the despot to the church.

Rep. Jose Serrano, D-N.Y. and former Rep. Charlie Rangel, D-N.Y. were also in attendance as Castro was permitted to travel within a small radius of the United Nations during the annual General Assembly.

Warnock also appeared on Fox News in 2008 to defend Jeremiah Wright, the preacher of a Chicago church attended by then-Sen. Barack Obama, D-Ill., who declared during a sermon "God d--- America." 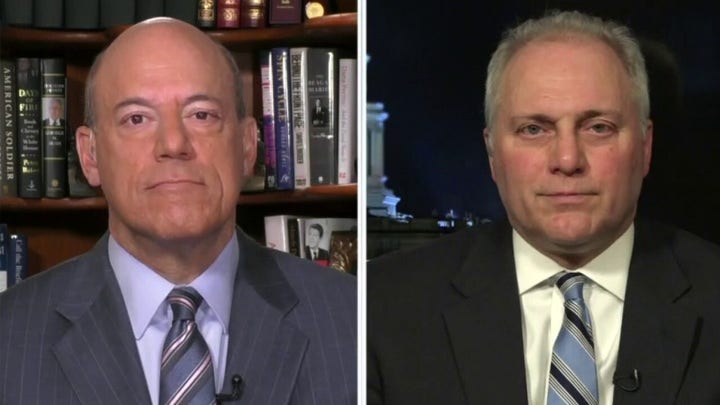 Warnock recently told MSNBC that he has never defended anti-Semitism after Loeffler tweeted about his past defense of Wright.

"I know Rev. Wright," Warnock said. "I'm not an anti-Semite. I've never defended anti-Semitic comments from anyone and Kelly Loeffler knows better," he added, before accusing her of "division and distraction."

On "The Ingraham Angle," Loeffler said she would "welcome" another debate with Warnock, after the host reported Warnock would welcome as many as three such forums.

"We had a debate," she said. "I had the opportunity in that debate to show how radical his agenda is, and we are just getting started. So I welcome that opportunity to also show what I've done for Georgians since getting into the Senate in January.

"I've hit the ground running, delivered for Georgians during the pandemic to bring relief, and also holding people accountable. Like Raphael Warnock for their comments supporting folks like Fidel Castro, inviting them into his church [while] at the same time criticizing police officers," Loeffler added.

"Georgians need to know who he is and I welcome the chance to debate him as many times as he wants."

To that point, Ingraham noted that Hollywood and other outside entities are "pouring money into" both Georgia races to benefit Warnock and fellow Democrat Jon Ossoff.

The host noted that singer John Legend, in the midst of a Twitter spat with "Shark Tank" billionaire Mark Cuban, called for donations to Warnock and Ossoff in hopes of ending Sen. Mitch McConnell's, R-Ky., majority leadership. Cuban had suggested Legend and others focus on high-dollar charitable giving rather than political donations.

"Chuck Schumer made it very clear that if we take Georgia, he said, we will change America, so it's no wonder that liberals are supporting the most radically liberal candidate in the country for Senate today in Raphael Warnock," Loeffler commented.

"I'm going to expose that ... We are going to hold the line in Georgia because they are a red state. We are going to make sure we get everyone out to vote and we are not going to let California and New York buy this election."