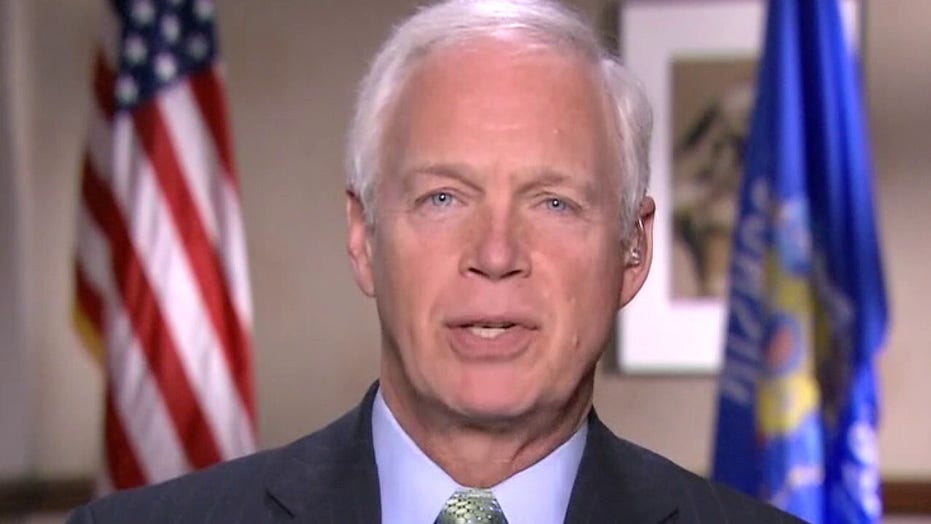 Wisconsin Republican Sen. Ron Johnson said Sunday that after Democrats passed the “Heroes Act” in May, he “made the assumption that they really weren’t ever going to negotiate in good faith and it’s really tragic.”

Johnson made the comment during an exclusive interview on “Sunday Morning Futures” two days after talks on Phase 4 coronavirus relief stalled in the Senate as boosted unemployment benefits expired.

Senate Republicans unveiled the “HEALS Act,” their version of a fresh round of coronavirus relief last week. HEALS stands for the package’s focus on Health, Economic Assistance, Liability protection, and Schools.

The $1 trillion Republican bill is the alternative to the House’s “Heroes Act,” the $3 trillion relief legislation passed in May.

Lawmakers will return to Capitol Hill on Monday to resume negotiations on the next coronavirus relief bill. 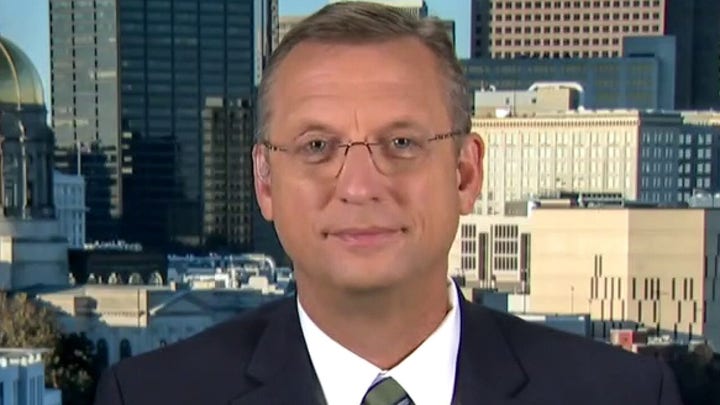 He went on to say, “One of the things I’ve tried to point out is just the macroeconomics of what we’ve already done.”

Johnson noted that “$2.9 trillion is about 13.5 percent of last year’s economy.”

“Employment is down 10.5 percent,” he continued. “Economic forecasts are saying that we’ll see shrinkage in our economy somewhere between 4.6 and 7 percent.”

He then went on to explain why the Democrats’ proposal can’t be taken seriously.

“We already passed 13.5 percent of our economy in terms of relief and now she [Pelosi] wants to tack on another $3 trillion, basically another 13, 14 percent. It’s just not a serious proposal,” Johnson said.

He went on to say, “I was on the floor of the Senate on Thursday, offering to pass something on a unanimous consent basis to extend federal plus-up of unemployment, not the $600 level that has been very disincentivizing for people to reenter the workforce.”

He noted that Democrats “said no to that.”

“Then [Arizona Republican Sen.] Martha McSally, so we wouldn’t leave anybody in the lurch, offered to just extend the current $600 for a week so we could negotiate and they said no to that,” Johnson continued.

“I think their obstruction, their unwillingness to really work with us in good faith … speaks volumes.”

On Sunday, Pelosi said the two sides can't even agree on the basics. 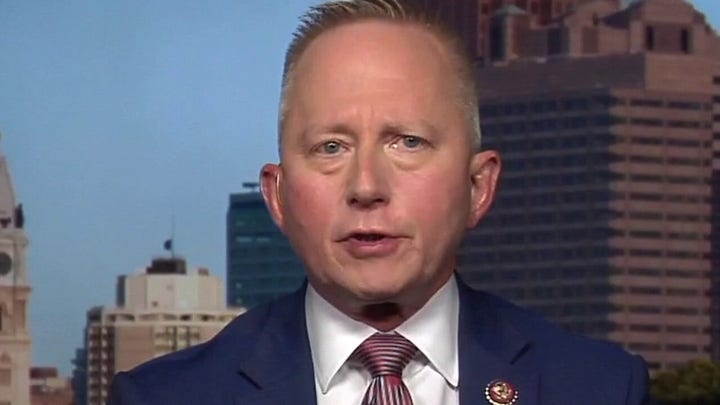 Treasury Secretary Steven Mnuchin pushed back against Pelosi's claims and said both sides understand the need to kill the virus. However, disagreements about extending federally enhanced coronavirus unemployment benefits, which expired Friday, are holding negotiations up.

"The president is very concerned about the expiration of the unemployment insurance," Mnuchin told "This Week." "We proposed a one-week extension at $600 so that, while we negotiate a longer term solution, at least all those people don't lose their money. I'm surprised the Democrats won't agree to that. They're insistent on having a larger deal."

Pelosi did not seem willing to compromise on the extra $600 a week.

"President Trump ... is the one who is standing in the way of that. We have been for the $600. They have a $200 proposal, which does not meet the needs of America's working families," Pelosi said. "The amount of money that is given as an enhancement … should relate to the rate of unemployment. As that goes down, you can consider something less than $600."

On Sunday, Johnson told Bartiromo Democrats are “interested in the election.”

“They think they’ve got the upper hand right now,” he continued. “They’d rather not do anything and not help people as opposed to have the election issue. It’s very sad. It’s very cynical.” 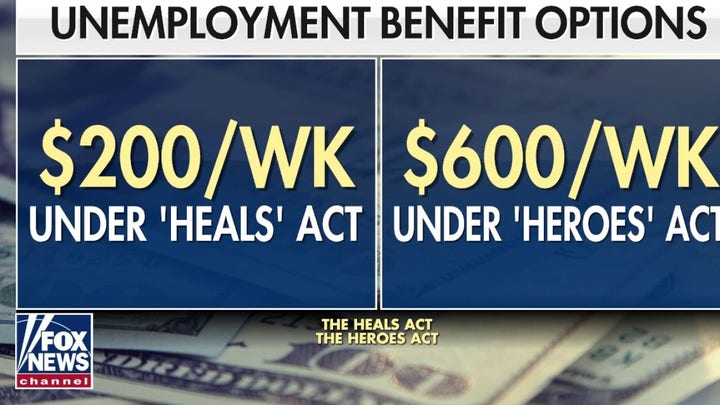 "This was the longest meeting we've had and it was more productive than the other meetings," said Schumer, D-N.Y., who was part of the rare weekend three-hour session with Mnuchin and White House chief of staff Mark Meadows.

"We're not close yet, but it was a productive discussion — now each side knows where they're at."

Fox Business’ Evie Fordham and The Associated Press contributed to this report.