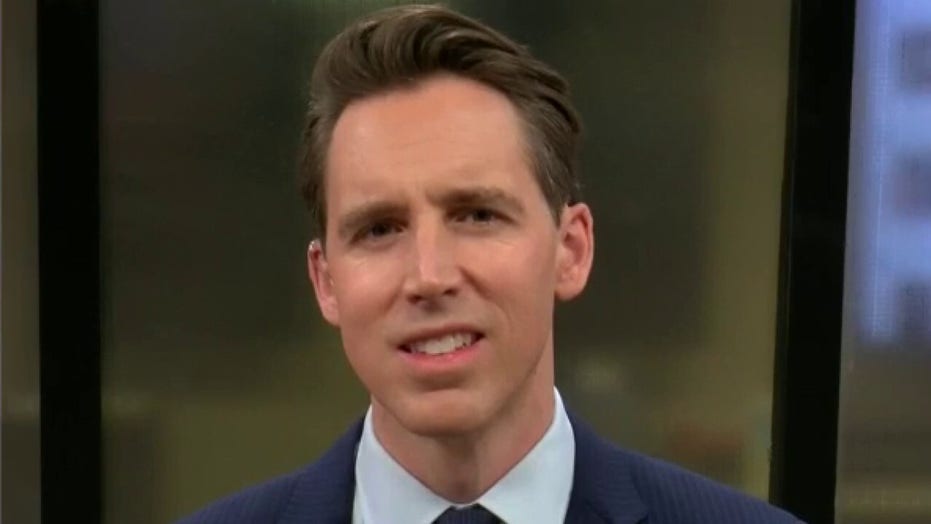 Sen. Josh Hawley unveiled new legislation this week to allow victims of the coronavirus pandemic to sue the Chinese Communist Party directly for damages by stripping the government of its sovereign immunity.

The Missouri Republican said the "Justice for Victims of COVID-19 Act" will also create a State Department task force to investigate Beijing’s handling of the outbreak and help secure money from the Chinese government for the victims.

“The CCP unleashed this pandemic," Hawley said. "They must be held accountable to their victims.”

There's already two major class-action lawsuits underway against China filed by the Berman Law Group, a Florida-based firm. The original suit was filed in March on behalf of coronavirus victims and another case was brought in April by healthcare professionals suing China for hoarding personal protective equipment. The lawyers on the case argued China's actions met a legal exception for immunity, but Hawley's legislation would bolster the chance for thousands of American victims to receive justice, the lawsuit advocates say.

"I think it's fantastic," Jeremy Alters, chief firm strategist at the Berman Law Group and non-attorney spokesman, told Fox News of Hawley's bill. "I think it shows that he is looking forward to a remedy for this terrible situation that has happened. It will make the hurdles that we have in our lawsuit much easier to clear. And it will allow the people of the United States to recover at least some compensation for what the CCP has done."

Americans wanting to join the lawsuits can visit: www.demandchinapay.com.

Hawley's legislation would make the Chinese government subject to civil claims filed in U.S. courts. It would also launch an international investigation to determine how Beijing’s efforts to conceal and distort information put the world at risk and create a global effort to compel the Chinese government to provide restitution to victims, Hawley's office said.

"There is overwhelming evidence that the Chinese Communist Party’s lies, deceit and incompetence caused COVID-19 to transform from a local disease outbreak into a global pandemic," Hawley said in a statement. "We need an international investigation to learn the full extent of the damage the CCP has inflicted on the world and then we need to empower Americans and other victims around the world to recover damages."

The legislation creates a private right of action against the Chinese government for any reckless action that caused the COVID-19 pandemic in the United States, such as withholding information and gagging doctors who warned of the novel coronavirus. The bill strips the Chinese government of sovereign immunity for these actions so that plaintiffs can sue and allows courts to freeze Chinese government assets so victims can enforce their claims.

The Foreign Sovereign Immunities Act (FSIA) prevents Americans from suing other countries except under specific circumstances. The plaintiffs in the current class action lawsuits claim they fit under the exceptions for commercial activity and "personal injury or death" that stems from "the tortious act or omission of that foreign state or of any official or employee of that foreign state while acting within the scope of his office or employment."

Plaintiffs have worked around sovereign immunity protections in the past. Victims of the Pan Am 103 flight bombing in 1988 were able to successfully sue Libya, for example.

Now, the plaintiffs say, it's time for China to pay up for the widespread sickness and death across the globe that they argue could have been prevented if China had been forthcoming about the virus.

"China should have to pay," Alters said. "After all, they're a world superpower. They had the ability to stop and contain this, in large part, if not altogether. They failed to do it and failed to tell us about it and now we are suffering the consequences."