One of the lawyers on President Trump's impeachment trial defense team, Jay Sekulow, charged that Democratic members of Congress were taking a quote from Alexander Hamilton out of context as they tried to lay out the standard for removing a president from office.

Speaking to reporters after the second day of Democrats' opening arguments, Sekulow said Thursday that the Hamilton quote, which comes from a letter he sent to George Washington as Treasury secretary in 1792, primarily discussing the national debt, was "completely out of place."

"Both Sen. [Chuck] Schumer and yesterday, as well, Congressman [Adam] Schiff, used this famous quote from Alexander Hamilton about impeachment," Sekulow said. "It wasn't about impeachment. It was a letter regarding policy disputes between Hamilton and Washington five years after the Constitution was adopted." 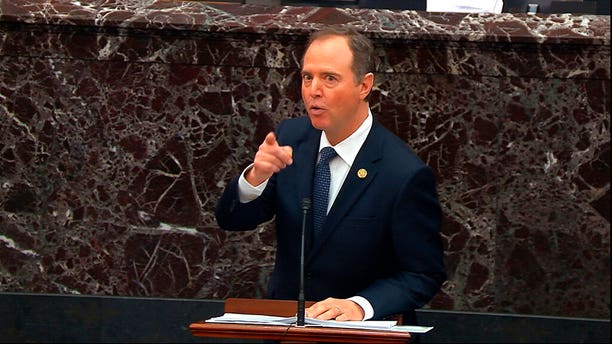 In this image from video, House impeachment manager Rep. Adam Schiff, D-Calif., speaks during the impeachment trial against President Donald Trump in the Senate at the U.S. Capitol in Washington, Wednesday, Jan. 22, 2020. (Senate Television via AP)

JONI ERNST CALLS OUT DEMOCRATS OVER AID TO UKRAINE: 'HYPOCRISY ON FULL DISPLAY'

The founding father has enjoyed something of a pop-culture resurgence in the country thanks to the hit Broadway musical bearing his name, and Democratic lawmakers leading impeachment have repeatedly treated the quote in question as a prescient warning for the country’s political circumstances today.

In a long letter to Washington that is the source of the passage, Hamilton had discussed the national debt, the constitutionality of a national bank and several other policy topics.

In the part Democrats cite, however, Hamilton addresses worries by some that a monarchy could form to subsume the constitutional government. Hamilton says he doubts that would be possible due to how "enlightened" the American people are and the fact that power in the U.S. government is constantly changing hands.

He does, however, warn that, "the only path to a subversion of the republican system of the Country is, by flattering the prejudices of the people, and exciting their jealousies and apprehensions," to throw affairs into anarchy and drive citizens into, "the arms of monarchy for repose and security."

Hamilton then goes on to write the passage Democrats have been quoting in the impeachment trial: 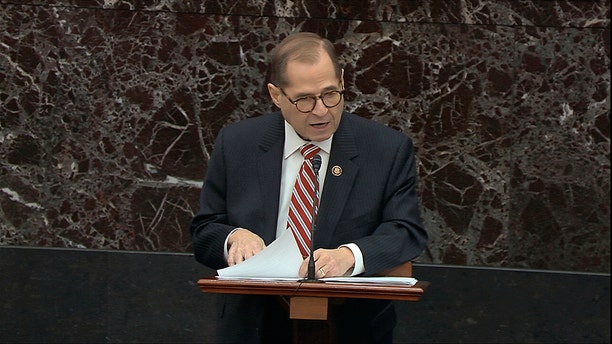 "When a man unprincipled in private life desperate in his fortune, bold in his temper, possessed of considerable talents, having the advantage of military habits—despotic in his ordinary demeanor—known to have scoffed in private at the principles of liberty—when such a man is seen to mount the hobby horse of popularity—to join in the cry of danger to liberty—to take every opportunity of embarrassing the General Government & bringing it under suspicion—to flatter and fall in with all the nonsense of the zealots of the day—It may justly be suspected that his object is to throw things into confusion that he may 'ride the storm and direct the whirlwind,'" Hamilton wrote.

"The framers worried then, as we worry today, that a leader might come to power not to carry out the will of the people that he was elected to represent, but to pursue his own interests," Schiff said Wednesday. "A fear that a president would subvert our democracy by abusing the awesome power of his office for his own personal or political gain."