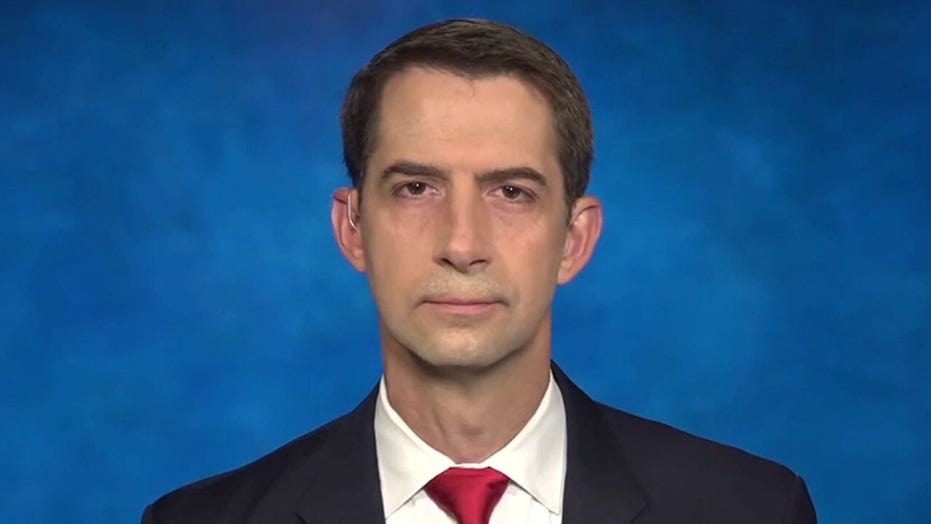 Senator Tom Cotton touts the vaccine as safe and effective but says Biden's mandate may be unlawful and notes that the administration won't be able to persuade people to get vaccinated.

Second Amendment supporters are expressing concern over President Biden’s move Thursday forcing large employers to vaccinate their employees, fearing that the logic behind the federal edict could be applied to confiscating guns or drastically limiting gun rights.

Biden announced that he is instructing the Department of Labor to mandate that all companies with 100 or more workers must vaccinate their employees or force them to be tested weekly.

Some supporters of the Second Amendment fear that Biden’s comments, downplaying freedom and touting federal government control of public health, represent a danger to the rights of gun owners.

"If Biden is allowed to impose regulations without a vote by Congress simply because he decides it helps ‘public safety,’ there is no limit to what he can do," gun advocate John R. Lott, president of the Crime Prevention Research Center, told Fox News. "He could use this same reasoning to impose any gun control regulation that he wanted."

Alan Gottlieb, Chairman of the Citizens Committee for the Right to Keep and Bear Arms, also expressed concern over Biden’s announcement.

"I am very pro-vaccination," Gottlieb told Fox News. "But Biden’s federal vaccination mandate reminds gun owners that if he could get away with it would use his executive power to mandate as many restrictions on Second Amendment rights as he could. He has already said that gun ownership is a ‘public health’ problem."

A spokesperson for Gun Owners of America told Fox News that "whether the excuse is COVID-19 or some other pretext" the group will stand up for 2nd Amendment rights, and "nothing the Biden Administration has done so far indicates he has even the slightest love for American freedom.

"Biden isn’t concerned with ‘protecting those around you,’" the group said. "He wants your AR-15, your pistols, your ammunition, he wants it all."

The Firearms Policy Coalition, self-described as a nonprofit grassroots advocacy organization founded on a philosophy of natural rights, is also concerned about the Biden administration’s vaccine mandate.

"Joe Biden and his lawless administration do not respect or follow the Constitution, full stop," the group told Fox News about the president’s announcement. "Biden and his officers have already made clear that they intend to unlawfully and unconstitutionally target law-abiding American gun owners with actions that put millions at risk of serious criminal liability."

Several prominent Republican governors and attorney generals across the country have warned that legal action is coming in response to Biden’s announcement on Thursday.

"My legal team is standing by ready to file our lawsuit the minute @joebiden files his unconstitutional rule," South Dakota Gov. Kristi Noem tweeted Thursday. "This gross example of federal intrusion will not stand."