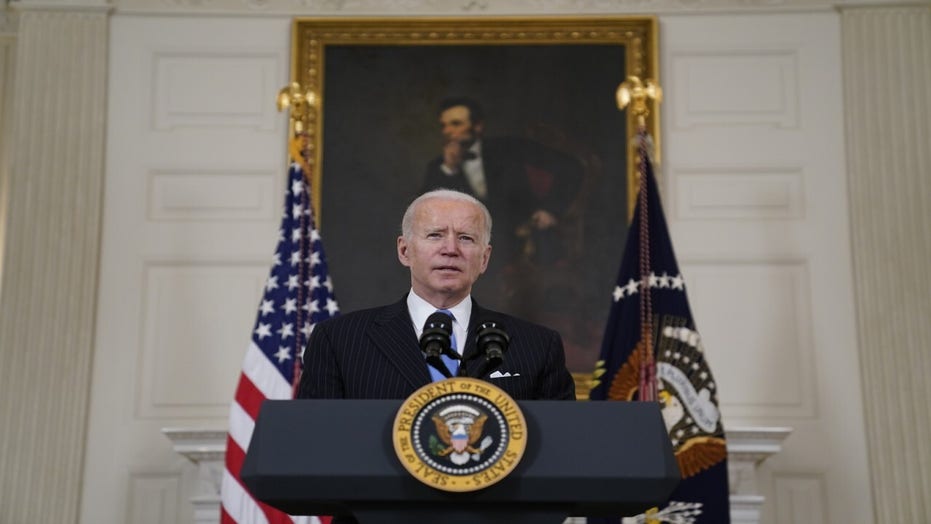 Former Sen. Joe Lieberman, I-Conn., discusses the Democrats pushing through the partisan $1.9T stimulus bill, arguing that it’s not the way the government should run.

Senate Democrats are prepared to work long nights and through the weekend to push through President Biden's $1.9 trillion coronavirus relief legislation, determined to outlast an onslaught of expected GOP delay tactics.

Sen. Ron Johnson, R-Wis., is threatening to have Senate clerks read aloud the entire bill, which could eat up an estimated 10 hours of time. And Republicans are poised to offer a flurry of amendments to force Democrats to take painful votes during a so-called "vote-a-rama."

Democrats, however, say they'll be fueled with coffee and energized by what they say is widespread support for the legislation from the American people to get them through the expected long nights.

There are 20 hours of debate allotted for the coronavirus legislation, and then the marathon voting session on amendments will kick off where Republicans can offer unlimited proposals and force Democrats to take politically tough votes on everything from abortion to border security.

Senate Republicans plan to unleash a "maximum pressure, maximum exposure" strategy as Democrats try to get the bill over the finish line, according to Stephen Bradford, a spokesman for the Senate Republican Conference.

Forcing the reading of each amendment and the legislative text will not count against the debate time and will just chew up more time into the weekend.

HOUSE OKS $1.9T CORONAVIRUS BILL -- WITH 2 DEMOCRATS VOTING AGAINST IT

Senate Majority Leader Sen. Chuck Schumer, D-N.Y., called out Johnson and Republicans willing to go to "some pretty ridiculous lengths" to oppose a bill that's popular with the public.

He said Democrats are "delighted" that Johnson wants to give the American people a chance to hear what's in the bill because there's "overwhelming support" for direct stimulus checks, unemployment insurance, food aid, rental assistance, vaccination distribution and resources for schools and local governments. 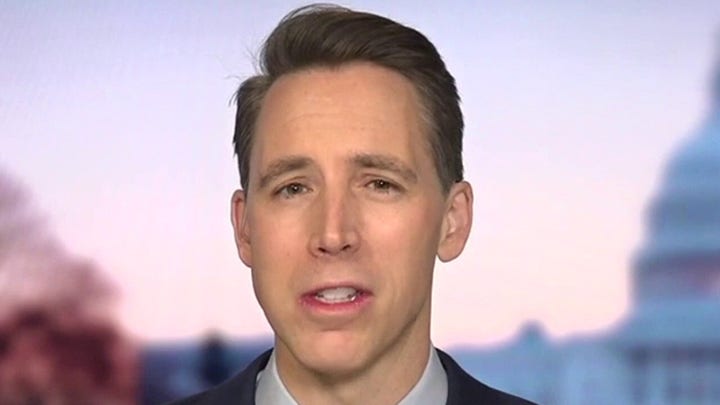 "No matter how long it takes, the Senate is going to stay in session to finish the bill – this week," Schumer said Thursday. "The American people deserve nothing less."

Republican senators overwhelmingly have panned the $1.9 trillion bill as a liberal wish list that has little to do with coronavirus.

Johnson said he feels bad for the clerks who will have to read the entire bill on the floor, but he said it's important to expose the massive spending overreach that will saddle future generations with more debt.

"All I'm trying to do is make this a more deliberative process [and] obviously shine the light on this abusive and obscene amount of money," Johnson said Thursday.

The House already approved its coronavirus relief legislation, which included a $15 minimum wage that was stripped in the Senate. Senate Democrats are also making changes to the bill on state and local aid, narrowing the eligibility for stimulus checks, adding relief funding for tourism losses and other issues.

Any bill approved by the Senate would have to head back to the House for passage before going to Biden's desk for his signature.