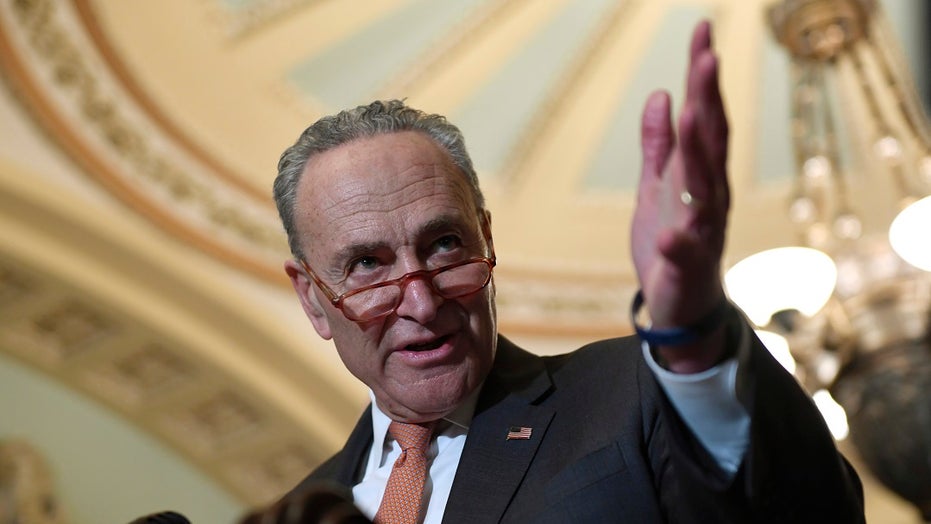 Ari Fleischer: Twitter's 'foolish' move proved how dumb they can be

Sen. Chuck Schumer jabbed at President Trump on Twitter Thursday after the commander in chief’s public dispute with the social media giant earlier this week.

“If President Trump doesn’t like Twitter, he can do everyone a favor and stop tweeting,” the Democratic senator tweeted.

The disagreement grew out of Twitter’s decision this week to fact-check one of President Trump’s tweets – the first time it has done so.

It aims, in part, to crack down on freedoms given to Internet outlets in a 1996 federal law that says they cannot be considered “the publisher or speaker” responsible for third-party content posted to their platforms.

Despite Schumer’s swipe at Trump’s Twitter usage, other Democratic leaders have criticized social media outlets and their handling of information posted to their platforms.

House Speaker Nancy Pelosi on Thursday argued that Twitter hadn’t gone far enough with its fact-check of the president, and she also accused Facebook of pandering to the White House to maximize its profits.

"Facebook, all of them, they’re all about making money," she said. "Their business model is to make money at the expense of the truth and the facts that they know. And they defend that.”

And former Vice President Joe Biden, the presumptive Democratic 2020 presidential nominee, told the New York Times in January that the section of that 1996 law that now protects social media companies “should be revoked.”

It’s unlikely that the law can be fully undone by executive order alone.