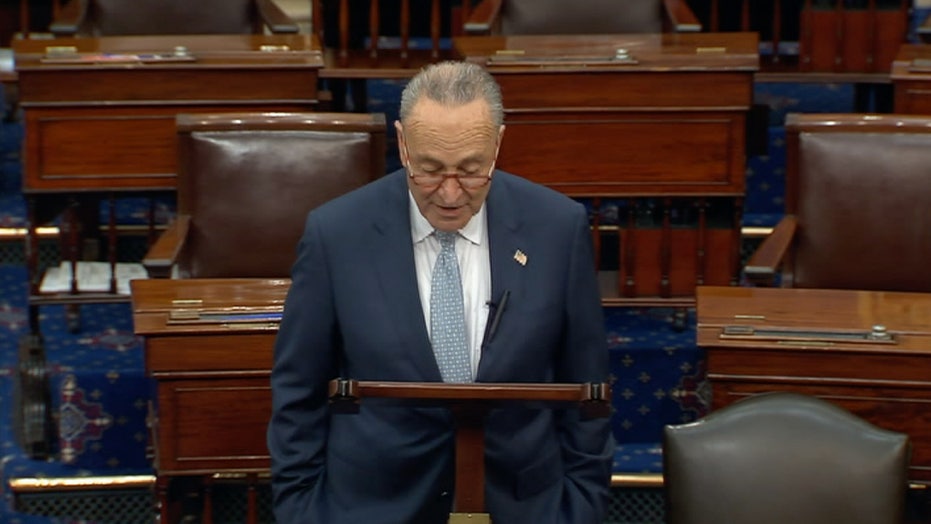 Schumer says coronavirus stimulus negotiations are at the 2 yard line

Democrat Minority Leader Chuck Schumer says he does not see any issues that will prevent the passage of a bill to help working Americans.

“During the debate over the CARES Act, it was our unity against a partisan, Republican first draft that allowed for significant improvements to be made — improvements that have benefited millions upon millions of Americans,” Schumer wrote in an open letter to his colleagues. “I hope we will not have to repeat that process. But we will stand together again if we must.”

“Our Democratic colleagues in the House are ready to work and we know that a bipartisan, bicameral process will result in a much better bill for the American people,” the New York Democrat continued.

Schumer repeated that Senate Republicans have been “missing in action” on a fresh round of coronavirus relief legislation since the House passed its sprawling new package in mid-May.

McConnell has been prepared to roll out a smaller, $1 trillion relief package in a matter of days. Schumer said that from his understanding, the bill “will prioritize corporate special interests over workers and main street businesses, and will fail to adequately address the worsening spread of the coronavirus.”

“This one-party approach to this legislation is the same approach that delayed the passage of the CARES Act and the subsequent interim emergency relief legislation, failed on policing reform, and it won’t work this time around either,” Schumer continued.

But McConnell agreed with the importance to pursue a bipartisan approach. "We can’t pass the bill in the Senate without the Democrats and we’re going to talk to them as well,” he said.

Treasury Secretary Steve Mnuchin said he's preparing to start talks with Democrats. He and Trump administration chief of staff Mark Meadows were headed to the Hill later to brief lawmakers.

Schumer balked at a five-year corporate immunity shield that McConnell has long pushed for in a relief package that would limit the liability of businesses related to coronavirus infections. He said the proposal would “preempt the laws of all 50 states and grant legal immunity to negligent corporations, nursing homes or others that fail to take reasonable steps to avoid spreading the virus.”

Schumer also called out the Trump administration over reports that the president was seeking to block additional funding for testing and tracing.

“To make matters even worse, the president is reportedly now urging Republicans to block additional ... funding for testing — a cynical gambit that appears to be part of the president’s efforts to suppress data,” he wrote.

The White House has found fault in some $25 billion in new funds proposed for testing and tracing, a Republican source familiar with discussions told the Associated Press.

Trump told "Fox News Sunday" he would consider not signing relief legislation if it did not include a payroll tax cut, a proposal that has been unpopular with Democrats and Republicans.