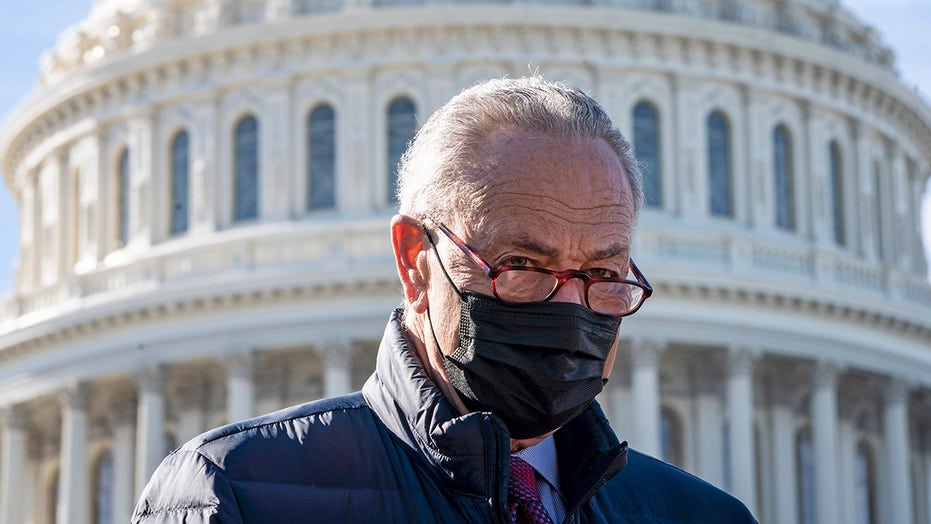 "I support decriminalization at the federal level and will be introducing legislation with a few of my colleagues shortly," Schumer told reporters on Wednesday.

Asked if he meant legalization, the New York Democrat said, "At the federal level, you call it decriminalization because it lets the states legalize."

But the proposal goes beyond decriminalization, according to a video released from the senators.

The bill is still in the works by Sens. Schumer; Ron Wyden, D-Ore.; and Corey Booker, D-N.J. They’ve said it will remove cannabis from the list of federally controlled substances, expunge criminal records for marijuana offenses, and set up taxes and regulation for the drug.

"This is about restorative justice. This is not a problem of the past," said Booker. "In 2019, there were more marijuana arrests, and most of them—over 90%—for possession only, more arrests like that than all violent crime arrests combined. This is not a war on drugs, it’s a war on people and certain people"

Passing the bill will be an uphill battle, as it’s not clear there are 10 Republicans on board with ending marijuana prohibition.

New York became the 16th state to legalize cannabis this week, and New Mexico is expected to do so soon.

The November elections were a massive success for proponents of legal marijuana, with five states moving via ballot initiatives to legalize pot in either recreational or medical forms – or both in South Dakota's case.

But the rollouts of the states' new legal weed frameworks have been rocky, with legal challenges and legislative wrangling at times threatening to delay the programs voters supported.

The pushback is most prominent in South Dakota and Mississippi, where opponents have filed legal challenges saying the ballot initiatives were not done consistent with the states' constitutions.  South Dakota Gov. Kristi Noem supported the challenges to legalization.