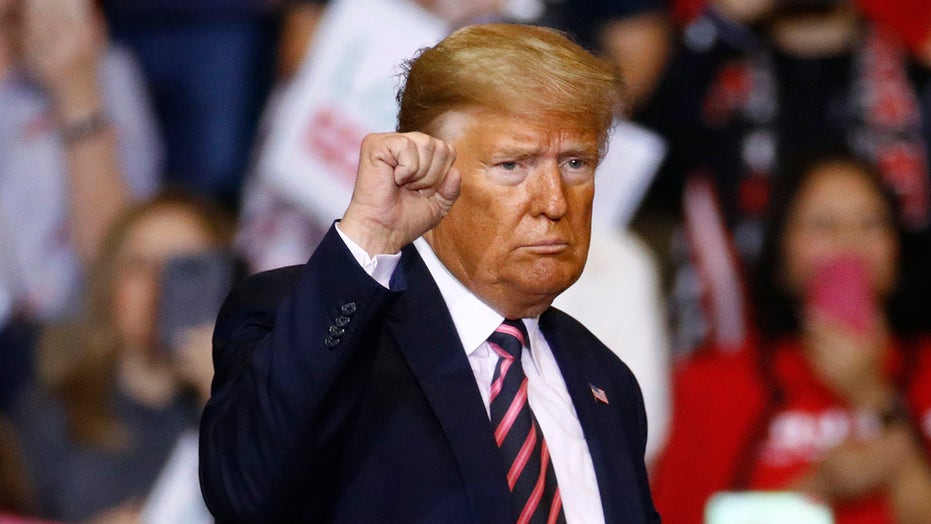 Could coronavirus have an impact on President Trump's reelection bid?

Some Republicans are reportedly growing concerned about the virus' impact on the stock market and Americans' sense of security heading into the election; reaction and analysis on 'Outnumbered.'

Democratic Rep. Adam Schiff, who led the impeachment fight against President Trump, said Friday he has "profound concerns" about Trump's response to the coronavirus and cast doubt on whether the White House is telling the truth to the American public about the global outbreak.

"The president and vice president don’t inspire confidence," Schiff told Fox News as he left a coronavirus briefing at the Capitol Friday morning. "And because the president has made so many false statements about so many things, you can't really rely on the White House."

Schiff's comments come after Trump blasted Democrats in a tweetstorm overnight for playing politics with the coronavirus threat.

All House members were invited to attend an unclassified briefing with government health and safety officials Friday to address the latest developments and response to the viral outbreak that started in China and has infected more than 80,000 people worldwide.

Schiff said he found the briefing with career officials "helpful" but amped up the political fight with the White House over Trump's response. 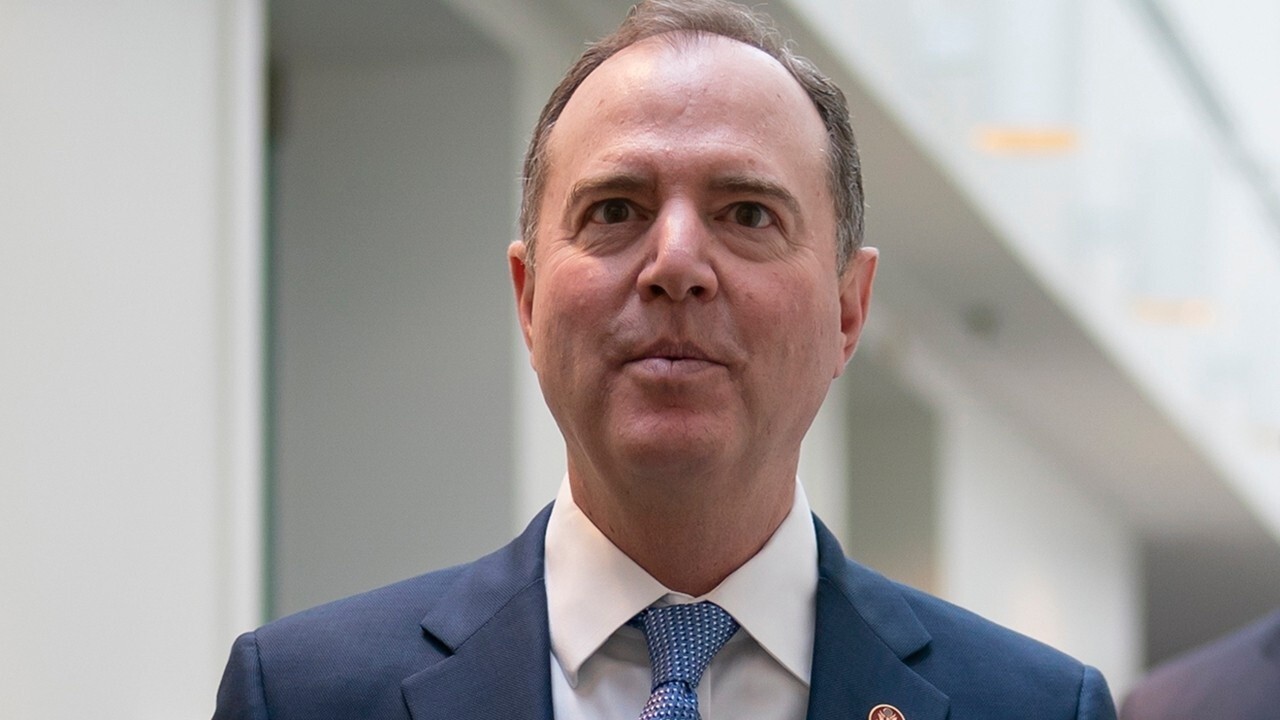 "I have profound concerns about the management of this at the level of the White House," Schiff said, "but there are some good career people who we got the opportunity to talk to today.”

One of the briefers was Dr. Anthony Fauci, the director of the National Institute of Allergy and Infectious Diseases. The White House reportedly instructed Fauci not to speak up about the outbreak without prior clearance, The New York Times reported.

Fauci was asked at the briefing whether he was being muzzled and the top doc denied it, according to several members.

“I am not being muzzled,” Fauci told House members, according to Rep. Mark Takano, D-Calif. But Fauci said that the administration asked him to cease media appearances until they learned more about what is going on.

Schiff stressed the importance of professionals speaking up, even if it's in contrast to the president's rosy scenario.

"Thankfully, we do have good career people at the agencies and we're going to rely on them to be candid with us and [we] have to make sure that they feel comfortable speaking truth to power in an environment in which the administration does [try] to shut down any voice that's inconsistent with their preferred narrative," Schiff said.

The all-member unclassified briefing got off to a rocky start. Many members had trouble getting into the room in the Capitol because it was too crowded and a number of Republicans were spotted jetting out after finding the room too full.

Rep. Paul Mitchell, R-Mich., said he was leaving because Democratic Rep. Rosa DeLauro, chair of the appropriations subcommittee that handles health funding, was making a partisan opening statement rather than allowing the briefers to speak. 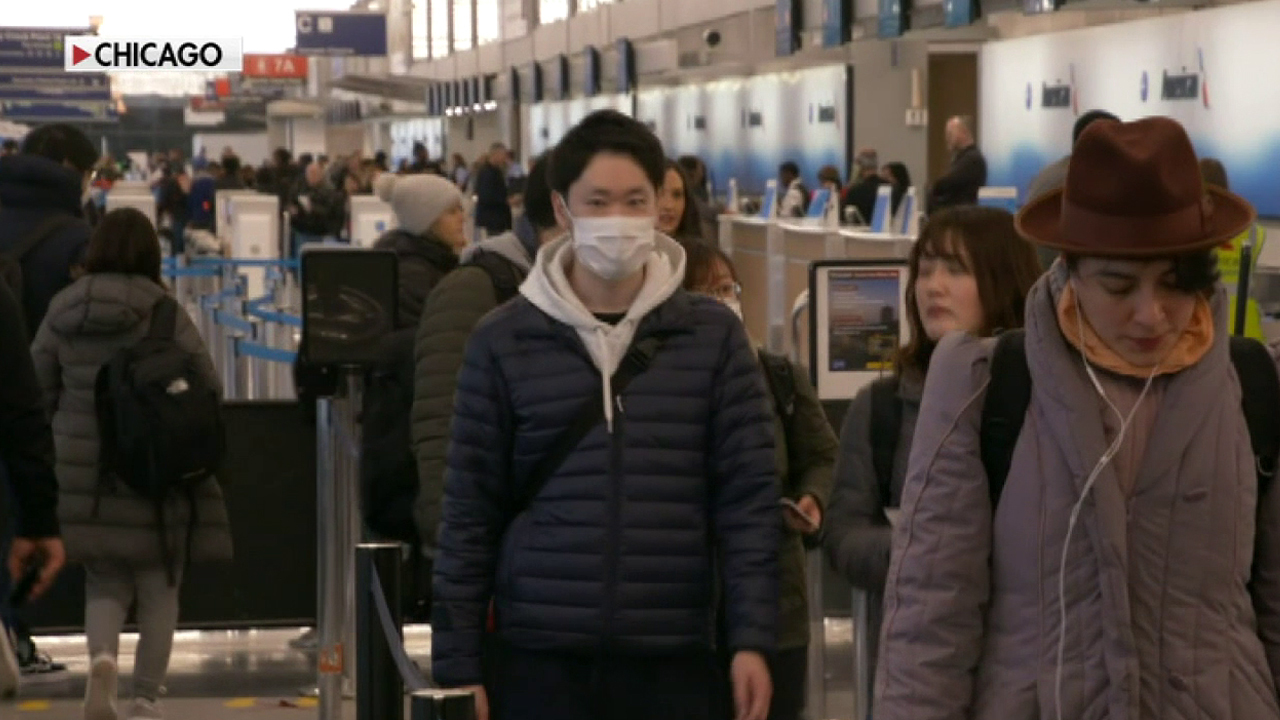 Eventually, the meeting moved to a larger room in the Capitol Visitor Center which seemed to quell some concerns.

"The maddening thing is how [coronavirus] has been made into a partisan football the last few days. And even today before this meeting got off the ground, some of them got up and left,” Rep. Doug LaMalfa, R-Calif., said after the meeting.

Several members interviewed by Fox News said, in the end, the briefing was serious and helpful in getting the latest information, including the best number for their constituents to call with coronavirus concerns -- (800) 232-4636, the Centers for Disease Control and Prevention information line.

But many said they were still left with questions on the response and requested further briefings.

“I'm concerned,” said Rep. Stephen Lynch, D-Mass., who called for a better understanding of the best- and worst-case scenario models of the outbreak so the government can better respond.

Lynch said he doesn't think Trump has a plan but finds comfort in veteran professionals throughout the national health system.

“I think they are internally trying to work up a response, but it is at odds with the president’s pronouncement that everything is OK and we’re doing a fantastic job,” Lynch said.

“Like I said before, he doesn’t believe in science. And the fact that we have a non-physician vetting the response ... is a concern," Ocasio-Cortez said.

Rep. Rashida Tlaib, D-Mich., said constituents have been contacting her office with concerns about coronavirus, ranging from pregnant moms wondering how to protect their babies to constituents wondering where to go for testing.

One issue that Tlaib said she's tackling is why face masks aren’t provided for workers at Detroit Metropolitan Airport, which is one of the 11 airports designated by the Department of Homeland Security to accept incoming flights from China for coronavirus screening.

“It’s not even a lack of resources, possibly, but it’s also incompetence,” Tlaib said after the briefing. “Now I have somebody’s card so I’m going to follow up on why are there no masks at Detroit Metro [Airport].”