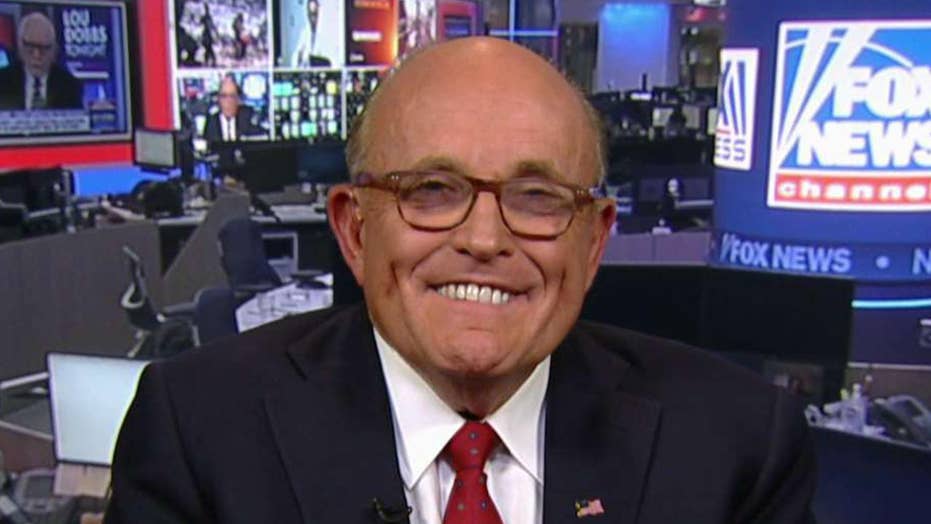 Schiff, writing last week to fellow impeachment manager Rep. Jerry Nadler, D-N.Y., charged that Rudy Giuliani associate Lev Parnas “continued to try to arrange a meeting with President Zelensky.” Schiff noted that, in a text message provided by Parnas, Parnas told Giuliani that he was “trying to get us mr Z." Most of the document was redacted.

Politco found, however, that unredacted documents indicated that Parnas sent Giuliani notes from an interview with Zlochevsky, the founder of Burisma, then sent the Trump attorney a message reading, “mr Z answers my brother.” Although the notes do not explicitly used Zlochevsky's name, Politico reported, the questions and answers heavily centered on Burisma-related matters.

Giuliani has said he was interested in Burisma because Hunter Biden obtained a lucrative board position there while his father oversaw Ukraine policy as vice president. Career State Department officials flagged the possible conflict of interest at the time, and attention has recently focused on Hunter's lack of any obvious qualifications for the post beyond his father's position of influence.

Giuliani and President Trump unloaded on Schiff after the "mr Z" revelation, with Giuliani accusing the House Democrat of "deliberately editing the text to perpetrate a fraud."

"There should be discipline for Members who conspire to defraud and are serial liars," Giuliani added.

Separately, Giuliani has challenged Parnas' credibility, noting that he is under federal indictment for falsifying documents and making false statements. Republicans have accused Parnas of trying to get an immunity deal in exchange for testimony.

Parnas, in a recent televised interview, sought to implicate Trump, Vice President Mike Pence, Attorney General Bill Barr and others in a conspiracy to pressure Ukraine to investigate Joe and Hunter Biden.

Trump, for his part, called the news a "big story. The president has previously called on Schiff to resign for reading an altered version of a transcript of his July 25 call with Zelensky. Schiff later claimed he was attempting to "parody" Trump's conversation when he falsely claimed that Trump told Zelensky he wanted Ukraine to "make up dirt" on Joe Biden.

House GOP leader Rep. Kevin McCarthy, meanwhile, called for Schiff to be censured for being "caught in ANOTHEr lie."

Also on Wednesday, Schiff attracted criticism for repeatedly arguing during impeachment proceedings that Russia helped Trump win in 2016 -- an assertion with no apparent supporting evidence.

"Why is it that nobody in MSM calls out @RepAdamSchiff  for a basic and repeated falsehood in this trial?" the Wall Street Journal's Kimberley Strassel wrote. "To wit, that Russia helped Trump win an election (and that Trump was trying to repeat this with Ukraine). Where is there any evidence for this outrageous Russia claim?"

Strassel added: "Even if you buy that Russia's sole aim was to 'help' Trump in the election (rather than generally sow discord), numerous congressional committees and the Mueller report itself found that Russia failed. It's hacking/trolling efforts did not [affect] the vote. The media was forced to report this truth, yet ignores it now. Also ignores even bigger point that Mueller confirmed no collusion. I know that was all a bitter pill for Ds to swallow, but that shouldn't allow them to rewrite history on the Senate floor."