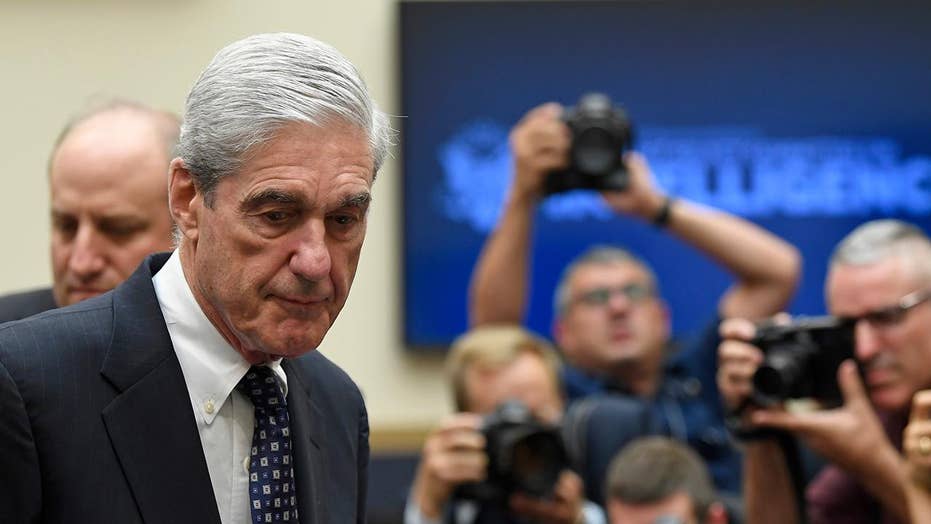 How will Robert Mueller's testimony impact 2020?

Former Special Counsel Robert Mueller's mythic profile -- built over a period of two years by Trump detractors hoping his investigation and later his testimony would pave the way for the president's removal from office -- took a hit Wednesday as the veteran lawman was seen stumbling through questions and at times unclear about the contents of his own report.

Now, some of President Trump’s biggest critics are turning their ire toward the legend himself, panning his performance at this high-stakes forum, even though Mueller repeatedly made clear he did not wish to testify in the first place.

ANDREW MCCABE: THOSE WITH HIGH HOPES FOR MUELLER'S TESTIMONY WERE 'DESTINED TO BE DISAPPOINTED'

“Much as I hate to say it, this morning’s hearing was a disaster,” Harvard Law Professor Laurence Tribe tweeted, in reference to Mueller’s testimony before the House Judiciary Committee. Tribe is an outspoken critic of Trump who often calls for his impeachment and indictment. He noted Mueller’s appearance failed to provide the made-for-TV moment that Democrats could rally behind in their efforts to bring down the president.

“Far from breathing life into his damning report, the tired Robert Mueller sucked the life out of it.”

Left-wing documentarian Michael Moore had even harsher words about Mueller, and all the “pundits and moderates and lame Dems” who thought he would deliver.

Democrats did get Mueller to make certain statements that were clearly damaging to the president, including refuting Trump's claim that he was exonerated by the investigation. But Mueller largely was retreading ground already covered in the report. And his critical comments were undermined by his stumbling in the face of Republican questioning, and confusion over key details. Several on the left readily acknowledged this was not the home run for which they hoped.

CNN legal analyst Jeffrey Toobin scored it as a win for President Trump.

“Look at who’s winning now, it certainly seems like Donald Trump is winning between the two of them,” Toobin said Wednesday.

NBC’s Chuck Todd noted that while Mueller did deliver some substance that benefitted Democrats, “on optics, this was a disaster.”

Rep. Al Green, D-Texas, who just a week earlier introduced a resolution to impeach Trump, recognized that even though Mueller “met my expectations,” others may have been disappointed.

“Some persons were hoping for a seminal moment. A ‘wow’ moment. It didn’t happen,” Green said. Green tweeted Thursday morning that this was because the report and Trump’s actions had been already been discussed “ad nauseum.”

Trump’s legal team reacted to the testimony by stating that this should be the end of the discussion.

Trump’s other attorney Rudy Giuliani called the testimony "disastrous." He said that with Mueller’s testimony out of the way, it is time to “move on” to other issues surrounding the origin of the investigation and how it was conducted. Republicans grilled Mueller over details of what led to the probe, but the former special counsel refused to answer, citing ongoing investigation of the matter.

The Justice Department Inspector General also is examining the FBI’s use of the Foreign Intelligence Surveillance Act (FISA) to conduct surveillance of former Trump campaign adviser Carter Page. A report is expected to be released this summer. Attorney General Bill Barr also has Connecticut U.S. Attorney John Durham investigating the origins of the investigation.