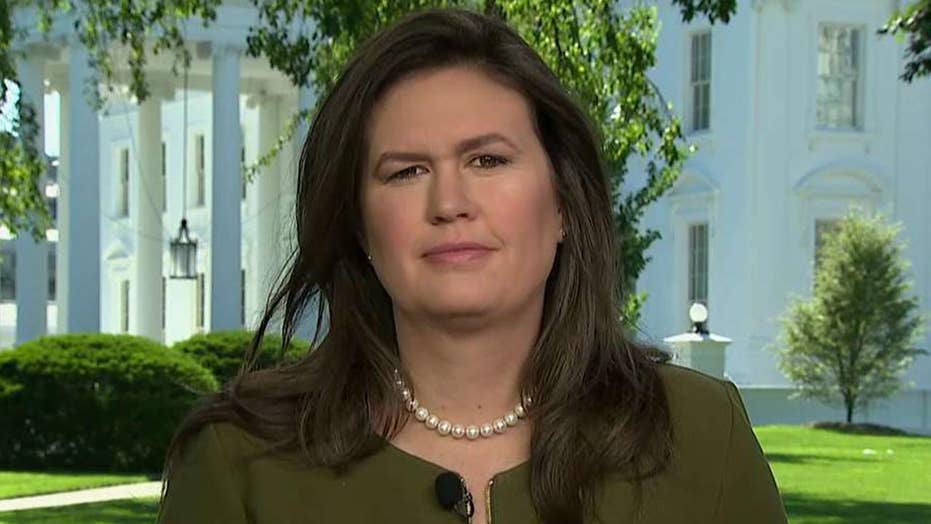 Sarah Sanders: We can't continue to operate as a sovereign country with no borders

Trump tweeted on Thursday that a five percent tax on incoming goods from Mexico would begin in June, "until such time as illegal migrants coming through Mexico, and into our Country, STOP."

Sanders told "America's Newsroom" on Friday morning that the tariffs are in response to Mexico's unwillingness to "step up and do more" in regard to immigration.

"The president has been asking them for months to do that," Sanders said. "Now he is putting some measures in place that hopefully will get them to engage more so that they will start to help us in this process."

The press secretary argued that on Wednesday a group of more than 1,000 people attempted to enter the country at one time together and that Mexico should take responsibility in helping return people crossing illegally to their home countries. Border patrol agents detained the group, the largest amount attempting to cross at one time to date, according to Customs and Border Patrol.

"The fact that they didn't break that up, that they didn't try to return those individuals back to their home country is what we're asking them to do," she continued. "They have the capability. It is within their law to do that."

Mexico is a crucial trade partner for the United States. Sanders said that it's important to maintain a solid relationship with Mexico, but that border security and safety is the president's top priority.

"We can't continue to operate as a sovereign country with no borders and without enforcement of our law," she said.

"And Mexico needs to enforce their southern border as well. We're hopeful they'll step up and help fix this problem. They can easily do that," she continued.