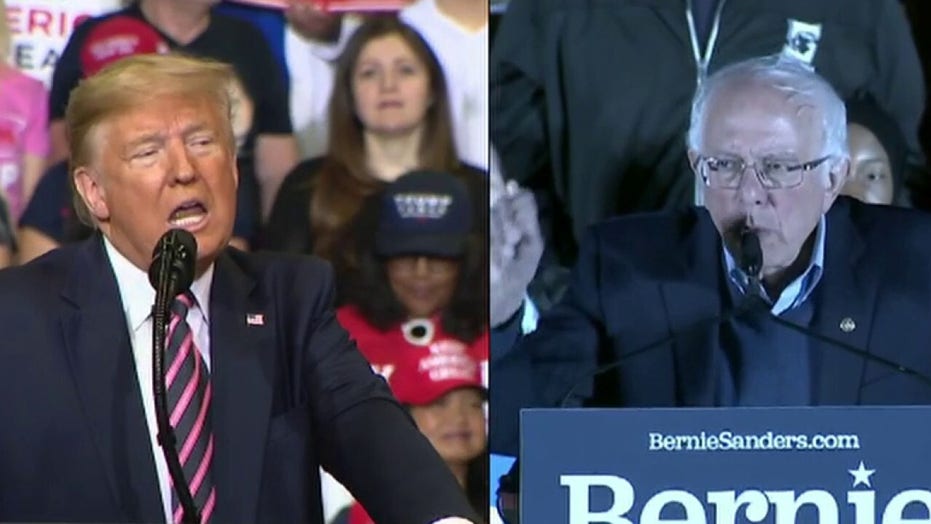 2020 presidential candidate Sen. Bernie Sanders, I-Vt., sent out a series of tweets to celebrate his projected victory in the Nevada caucuses Saturday and urged his supporters to keep the momentum going.

"We just won the Nevada caucus. This grassroots movement is unstoppable," he began. "Together, let's win the Democratic nomination, defeat Trump and transform the country! Join us live in San Antonio:"

The Vermont progressive made a prediction that his campaign would sweep the rest of the primaries and caucuses nationwide.

"Our multiracial, multigenerational movement is not only going to win in Nevada. It is going to sweep this country," he said.

As of Saturday evening, Sanders led the other 2020 presidential candidates with 53.84 percent of the vote in the Nevada caucuses. Joe Biden was in a distant second with a little over 17 percent, and Sen. Elizabeth Warren, D-Mass., sat in third place with just over 10 percent at the time of publication.

His win also drew the attention of President Trump, who tweeted about Sanders on Saturday night, telling him to guard his victory closely.

"Looks like Crazy Bernie is doing well in the Great State of Nevada," Trump wrote. "Biden & the rest look weak, & no way Mini Mike can restart his campaign after the worst debate performance in the history of Presidential Debates. Congratulations Bernie, & don’t let them take it away from you!"