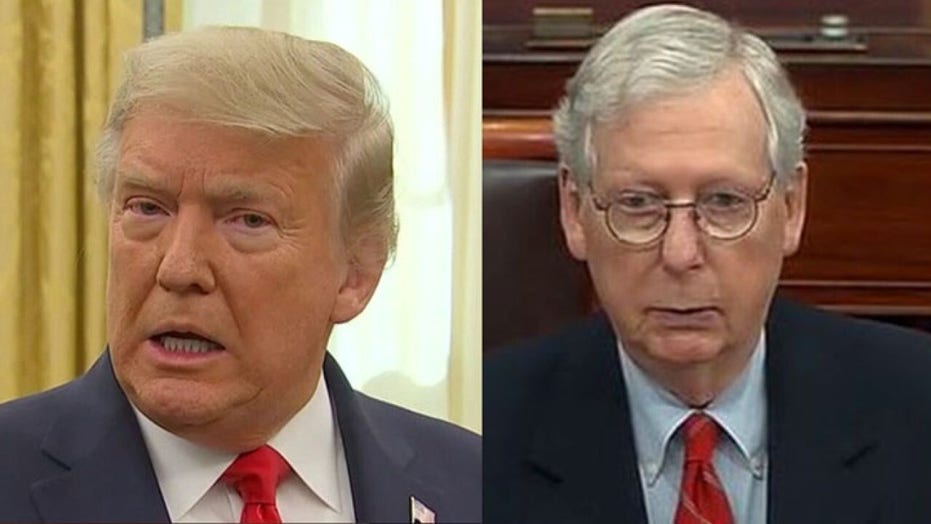 House Speaker Nancy Pelosi said she would force a vote Monday on increasing payments to Americans in a coronavirus relief bill from $600 to $2,000 after President Trump urged lawmakers to do so, but Sen. Bernie Sanders, I-Vt., offered sharp opposition to the president's decision to not automatically sign the legislation.

In an interview with ABC's "This Week," Sanders said he agrees that the payments should be higher, but the president should not hold up the current bill in order to make it happen.

"What the president is doing right now is unbelievably cruel," Sanders said. "Many millions of people are losing their extended unemployment benefits, they’re going to be evicted from their apartments because the eviction moratorium is ending, we are looking at a way to get this vaccine distributed to tens of millions of people. There’s money in that bill and this president is diddling around and he may actually veto it."

Despite the harsh criticism, Sanders recognized that he and Trump do agree in principle that $600 would not be sufficient.

"But you can’t diddle around with the bill," Sanders said. "Sign the bill, Mr. President, and then immediately, Monday, Tuesday, we can pass a $2,000 direct payment to the working families of this country."

Sanders' sentiment was similar to that of his Republican colleague Sen. Pat Toomey, R-Pa., who told "Fox News Sunday" that Trump should sign the bill and then push for separate action on the payments. Toomey, however, is opposed to increasing the payments, preferring a targeted approach that would specifically assist those suffering financial losses due to the coronavirus pandemic.

"Consider the millions of federal employees who never missed a check," Toomey said. "Their expenses were probably somewhat diminished. Savings rates went through the roof. Why would we be sending several thousand dollars to these folks? This money isn’t sitting on a shelf."