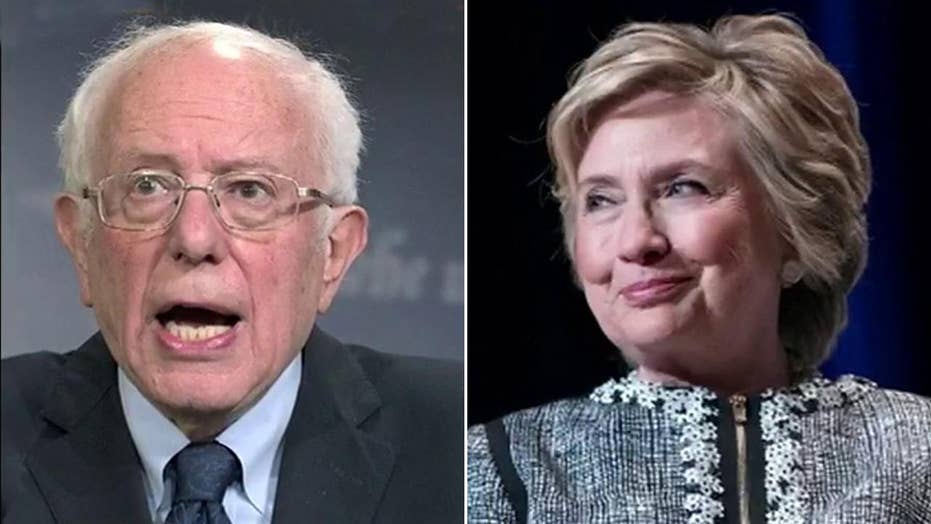 Supporters of Sen. Bernie Sanders' White House bid and some Democratic National Committee members are frustrated with some initial appointments made by DNC Chairman Tom Perez to the crucial committees that will oversee the rules and party platform at this summer’s presidential nominating convention in Milwaukee, Wis.

Their frustration comes after Perez named former Rep. Barney Frank of Massachusetts – who was a surrogate for Hillary Clinton’s 2016 presidential campaign -- as co-chair of the convention’s Rules Committee. And Perez picked John Podesta – who served as Clinton’s 2016 campaign manager – to have a seat on the committee.

CLINTON PUSHES BACK AGAINST CRITICISM OF HER JABS AT SANDERS

The populist independent Vermont senator lost a long and divisive primary nomination battle to Clinton four years ago, in which Sanders supporters felt the DNC was stacked against their candidate’s outsider run for the White House. Four years later, many Sanders allies and supporters remain suspicious of the DNC.

While the Sanders campaign didn’t respond for comment, national co-chair Nina Turner slammed the appointments as “an embarrassment” and a “slap in the face” in an interview with the progressive online news channel Status Coup.

And DNC committee member Yasmine Taeb – who backed Sanders in 2016 but remains neutral this cycle – told The Hill  that “there's a very small number of appointments of allies to Sen. Sanders.”

“The appointments also include individuals that are outright hostile to Bernie Sanders and his supporters," she added. "It's not the message the DNC should be sending to the grassroots right now when we're all working aggressively to defeat the racist in the White House.”

Two other DNC committee members – who asked to remain anonymous to speak more freely – told Fox News they were troubled by the appointments.

But the appointments are a small fraction of the 187 who will eventually serve on the committees – with most of the members determined in proportion to the number of delegates the presidential candidates win during the primaries and caucuses.

“Our rules require the DNC chair to make a small fraction of appointments to three standing committees for the convention, and these appointments reflect the rich diversity of our party,”  DNC national press secretary Brandon Gassaway said.

“The remaining appointments will be made based on each state’s election results. 2016 presidential preference was not considered for this convention's appointments. We are grateful for these appointees’ commitment to the party and look forward to an energized convention where we will nominate the next president of the United States,” he added.

And there’s already a couple of high-profile Sanders supporters who’ve been appointed to the committees as well, including Larry Cohen, a co-founder of pro-Sanders group "Our Revolution."