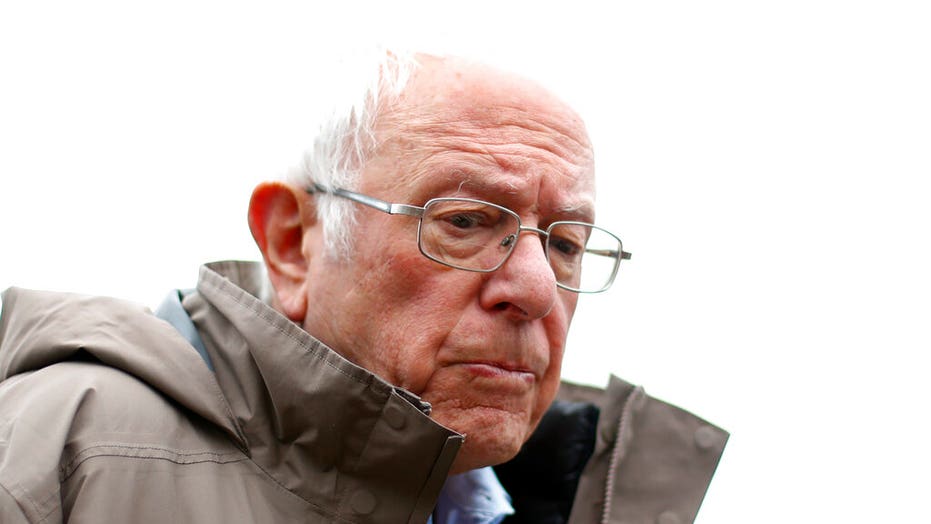 Sen. Bernie Sanders predicted Tuesday that supporters would see a “significant movement” to the left by the Biden campaign and that it would be “irresponsible” for his loyalists not to support Joe Biden in his run for the presidency.

Sanders, who endorsed the former vice president Monday, said that progressives who “sit on their hands” in the months ahead would be complicit in President Trump’s reelection.

However, the Vermont senator still encouraged his supporters to vote for him in the roughly 20 primary contests where his name still remains on the ballot. “If people want to vote for me, we’d appreciate it,” Sanders told The Associated Press in an interview.

TRUMP CAMPAIGN SLAMS OBAMA'S BIDEN ENDORSEMENT: 'EVEN BERNIE SANDERS BEAT HIM TO IT'

“I think you’re going to see significant movement on the part of the Biden campaign into a more progressive direction on a whole lot of issues,” Sanders later added.

Reaching out to the left, Biden already released a plan last week, one day after Sanders dropped out of the presidential race, to lower the Medicare age from 65 to 60 and to erase student loan debt for low-income and middle-class families.

"Senator Sanders and his supporters can take pride in their work in laying the groundwork for these ideas, and I'm proud to adopt them as part of my campaign at this critical moment in responding to the coronavirus crisis," Biden said in a statement.

Sanders noted that though coronavirus was keeping him “incarcerated at home” for the time being, he would be at least as active for Biden as he was for former Democratic nominee Hillary Clinton, for whom he held dozens of rallies. The Democratic socialist brushed off questions about why he endorsed Biden so much sooner in the race than he did Clinton, whom he waited until June 2016 to endorse.

“What would be the sense of staying in, of spending a whole lot of money, of attacking the vice president, giving fodder for Trump -- what’s the sense of doing that when you can’t win?” he asked.

Sanders also seemingly distanced himself from his campaign’s former national press secretary, Briahna Joy Gray, who on social media said that she refused to endorse Biden.

“She is my former press secretary -- not on the payroll,” Sanders added.