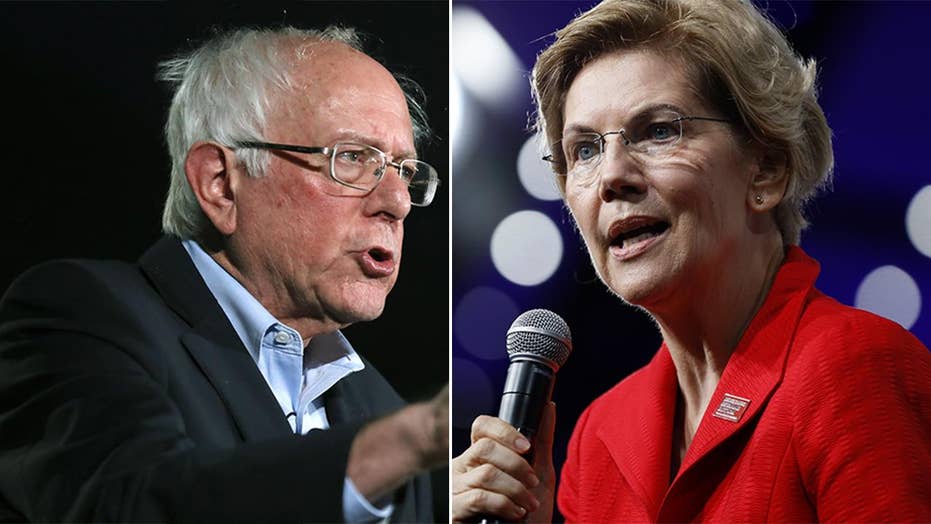 Democratic presidential candidate Sen. Bernie Sanders says he wants to double union membership and give workers the right to strike without the fear of their jobs being filled by replacement workers, ahead of a speech Wednesday to organized labor.

In unveiling his "workplace democracy plan" Wednesday morning ahead his appearance at the Iowa AFL-CIO convention, the progressive senator from Vermont said “corporate America and the billionaire class have been waging a 40-year war against the trade union movement in America that has caused devastating harm to the middle class in terms of lower wages, fewer benefits and frozen pensions.”

Sanders, who is making his second straight bid for the Democratic presidential nomination, vowed “that war will come to an end when I am president. If we are serious about rebuilding the middle class in America, we have got to rebuild, strengthen and expand the trade union movement in America.”

Sanders said if elected, he would aim to double union membership by the end of his first term in the White House in January 2025.  His plan also calls for ending so-called "right to work" laws favored by Republicans and decried by organized labor for weakening a union’s ability to negotiate contracts.

Twenty-seven states currently have such laws, which prevent unions from insisting workers become union members as a work requirement.

Sanders’ proposal would also give every union worker the right to strike and ban the replacement of striking workers. And the progressive senator also pledged to sign an executive order to prevent large corporations from engaging in union-busting and outsourcing jobs, while preventing companies that pay workers less than $15 per hour from obtaining federal contracts.

The Sanders blueprint would also stop employers from “ruthlessly exploiting workers by misclassifying them as independent contractors or denying them overtime by falsely categorizing them as a ‘supervisor.’”

The progressive senator has long been a friend to organized labor. He has headlined New Hampshire’s annual AFL-CIO Labor Day breakfast the past five years and this year on the presidential campaign trail he’s joined striking workers on the picket lines a handful of times.

He has also confronted Walmart’s leadership at their annual shareholders meeting, asking for an increase in the company’s minimum wage. And Sanders has heavily criticized Amazon, helping to induce the company to raise its wages to at least $15 per hour.