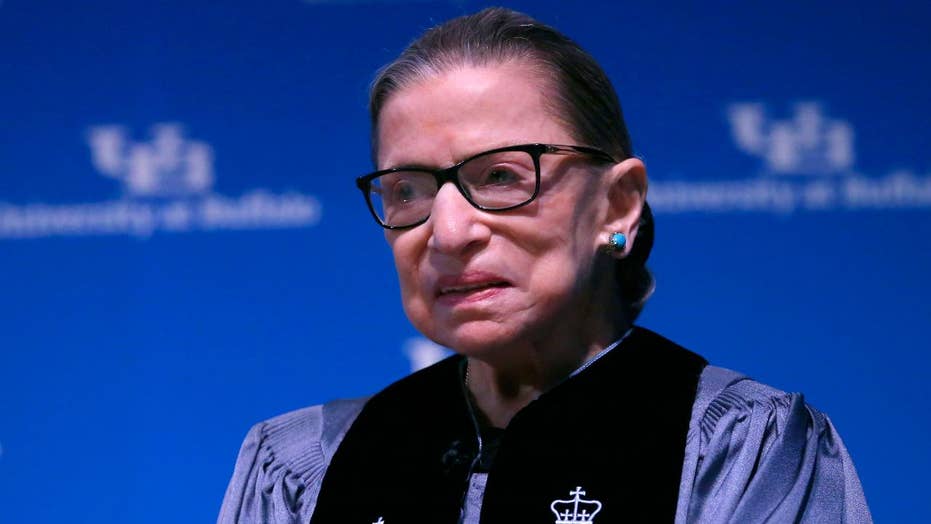 The 86-year-old justice recently completed three weeks of radiation therapy at a New York City hospital to treat a malignant tumor on her pancreas. In a statement this past Friday, the Supreme Court justice said there was no evidence the disease remains.

Ginsburg came to SUNY Buffalo at the request of Wayne Wisbaum, a college friend and Buffalo attorney who died last year, according to the Buffalo News. She received standing ovations during her hour-long appearance and alluded to her well-publicized health issues.

"In July 2018, Wayne wrote to me that his health disabled him from playing a lead role in the arrangements for my visit here but he still hoped to attend all the events," she said. "He asked me to confirm that I would come to Buffalo in August 2019 in any event. I did so immediately and I did not withdraw when my own health problems presented challenges."

As the leader of the Supreme Court's liberal wing, Ginsburg has become somewhat of a pop culture phenomenon. She's earned the name "Notorious RBG" and was the subject of a recent documentary, "RBG," that focused on her life and career. A feature film, "On the Basis of Sex," is based on her early cases as a young attorney.

"It was beyond my wildest imagination that I would one day become 'Notorious RBG,'" she said during her acceptance speech, prompting laughter from the sold-out crowd. "I am now 86 years old, yet people of all ages want to take their picture with me — amazing."

She later sat down for a question-and-answer session where she recalled her efforts to combat gender discrimination.

Ginsburg, a Brooklyn native, has been a crucial vote on the nine-member court, which often has voted along ideological lines. Her health has been the subject of scrutiny for progressives looking to stave off a third court appointment by President Trump and conservatives hopeful about adding another justice to overturn key rulings such as Roe v. Wade.

President Bill Clinton appointed her to the high court in 1993.