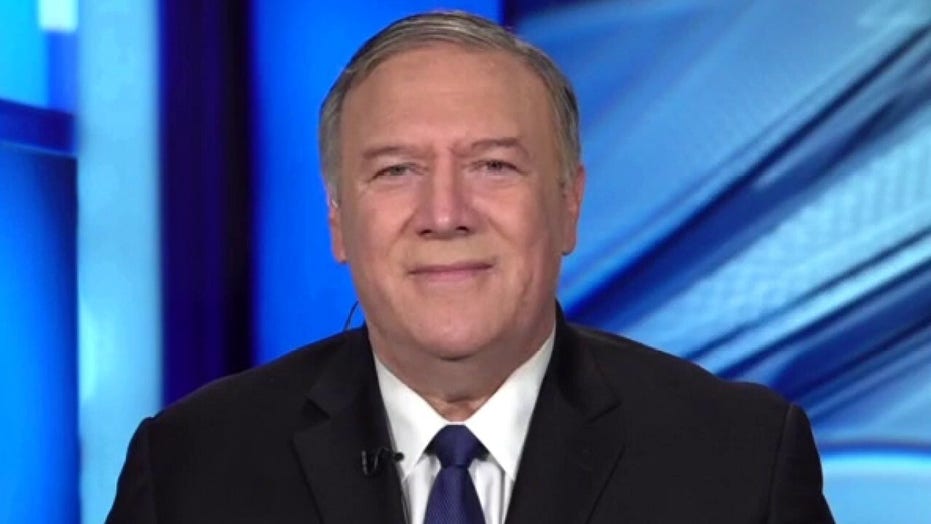 Pompeo on cyberattacks: 'We have to impose real costs on Russian leadership'

The following is an excerpt from "Putin's Playbook: Russia's Secret Plan to Defeat America" a book by Rebekah Koffler, a Russian-born U.S. intelligence expert. Working with the Defense Intelligence Agency, as well as the Central Intelligence Agency’s National Clandestine Service, she has led "red" teams during wargames and briefed the Pentagon, the White House, and NATO on Russian affairs.

Russia has the most sophisticated and destructive arsenal of cyber weapons of any foreign nation. In the hands of President Vladimir Putin, who ultimately controls this cyber arsenal as part of what is called the State System of Information Confrontation, these cyber weapons present a grave threat to America. Having been in the offensive cyber business for the past three decades, Russia has developed a set of potent tools that are superior in stealth, programming power, speed of attack and penetration of the adversary’s network, and creativity. The Russian president’s toolbox rivals that of American cyber warriors, and Russia’s highly innovative cyber doctrine has given Putin the ability to outplay the U.S. government and manipulate American citizens’ attitudes and perceptions of reality. Comparing Russia’s cyber hacking tradecraft with China’s, another very capable cyber adversary of the United States, former CIA and NSA director General Michael Hayden said, "The Chinese have scale and the Russians have skill." Former director of national intelligence James Clapper, referring to these countries’ cyber tactics, called the Chinese "loud" and the Russians "stealthy."

Russia has a hugely different conception of cyberwarfare than the United States, rooted in its culture of secrecy, its conspiratorial mindset, and the state’s drive to control its citizens’ behavior and thinking. Conversely, U.S. cyber doctrine reflects American culture and values, such as freedom of speech, privacy, and the government’s non-interference in individuals’ lives. Regrettably, I must say, in recent years I have observed considerable erosion of these foundational American principles and their replacement with politically correct speech, "acceptable" opinions, feelings-based (rather than fact-based) conclusions, and behavior imposed by government on private businesses and religious organizations. It brings unwanted memories of my youth behind the Iron Curtain, where decades and even centuries of government censorship eventually led to individual citizens’ self-censorship of free expression, the most sophisticated form of state oppression.

Based on their distinct cultures and values, Russia and the United States have approached the cyber issue from two different angles. The Americans, direct and straightforward in their thinking, have focused on the technical, "cyber" aspect—systems, networks, and data encoded in ones and zeros. The Russians, cunning in their thinking from having had to survive centuries of foreign invasions and domestic oppression, have focused on the "informational-psychological" aspect—actual information content, how information is perceived by human minds, and how it can influence and manipulate an adversary’s thinking. In May 2017, DNI Clapper, commenting on Russia’s techniques employed during their 2016 covert influence campaign, told NBC’s Chuck Todd that the Russians are "almost genetically driven to co-opt, penetrate, gain favor." Although I am ethnically Russian, as a strong opponent of political correctness and self-censorship, I wasn’t offended by Clapper’s comments, because I didn’t interpret them literally as an intentional xenophobic attack on Russian ethnicity. I understood that his choice of words was intended simply as a colorful, albeit exaggerated, description of a cultural trait that is present in some Russians, just like their infamous propensity to consume large amounts of vodka.

NSA DISCLOSES HACKING METHODS IT CLAIMS ARE USED BY RUSSIA

While U.S. cyber doctrine centers on cyber per se and Russia’s centers on information, both doctrines emphasize having an information advantage over the adversary. But when American war planners speak about this advantage, calling it "information dominance," they mean having more information of intelligence value available to the warfighter, better access to information, better quality data, faster speed of delivery, preferably in real-time, and the like. Such "information dominance" would enable the warfighter to have better battlespace awareness and to achieve more precise targeting of the adversary, which would help win a conflict.

When Russian strategists talk about "information superiority," they mean all of the above, plus having control over an adversary’s perception of the battlespace in wartime and his understanding of reality in peacetime. Such control is achieved by employment of military deception, called maskirovka, which means masking, and by disinformation in peacetime, which connotes distorted, untrue, or half-true information. The Russians believe, consistent with the teachings of Sun Tzu, that the surest way of winning the conflict is to dupe the adversary into abandoning his plans to fight or to defeat him by outfoxing him without a fight.