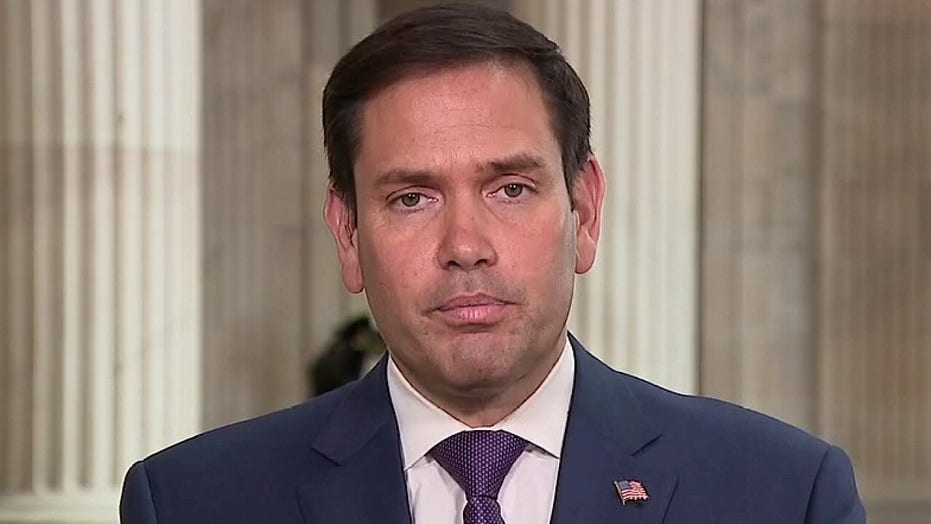 Sen. Marco Rubio, R-Fla., outlined steps that the Biden administration can immediately take in order to provide Cubans access to uncensored internet, amid ongoing unrest between anti-communist protestors and supporters of the country's regime.

Cuba's authoritarian leader Miguel Díaz-Canel has urged his supporters to brandish weapons to confront the anti-government protesters and also shut off the internet to suppress reports of the recent protests and dissent.

In a letter to President Biden on Wednesday, Rubio asked the administration to immediately provide internet to Cuba using American funding and resources.

"I urge the administration to immediately authorize and allocate additional funding to provide internet to Cuba using the existing capacity of innovative American firms and readily available funding sources. In addition, the administration should move to shore up democracy broadcasting, internet access and programming through the Office of Cuba Broadcasting."

Rubio said that now that pro-freedom protests have broke out, the Cuban regime has leveraged "its stranglehold on the internet to silence key voices of dissent, shut down the ability to coordinate protests, and restrict the capacity of the Cuban people to share with the world scenes of their brutal treatment at the hands of the regime."

The senator also provided a video outlining the four steps Biden could immediately take in order to help Cubans, the first being providing emergency connectivity.

He pointed out that similar action was taken by the previous administration in 2017 to provide internet to Puerto Rico after Hurricane Maria cut off communications.

Rubio also asked the president to direct Secretary of State Antony Blinken to convene a meeting of the permanent council of the Organization of American States and call for an emergency meeting of the United Nations Security Council.

Florida Gov. Ron DeSantis held a press conference Thursday calling on Biden to "step up" and provide internet to Cubans.

The governor suggested during a Wednesday media availability that Florida-based companies should attempt to provide internet access to Cuba after the communist country shut off the internet to suppress recent protests and dissent.

"What does the regime do when you start to see these images?" DeSantis said. "They shut down the internet. They don’t want the truth to be out, they don’t want people to be able to communicate."

Videos and pictures coming out of Cuba have been showing violent government crackdowns against anti-communist protesters in the streets.

Biden released a statement earlier this week that said, "We stand with the Cuban people and their clarion call for freedom and relief from the tragic grip of the pandemic and from the decades of repression and economic suffering to which they have been subjected by Cuba's authoritarian regime."

The White House did not reply to Fox News' request for comment about if the administration is taking steps to restore internet to Cubans by time of publication.