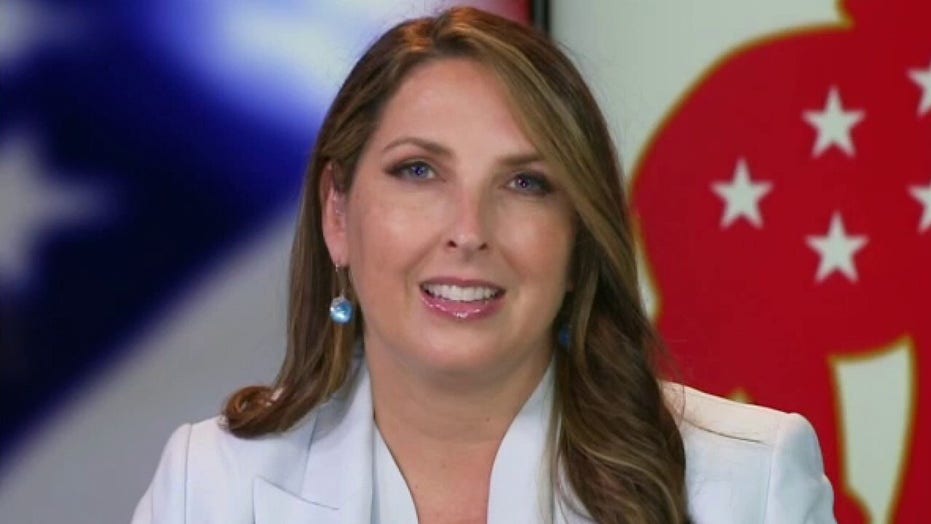 “I was chair of Michigan in 2016 and then-candidate Trump, not only did he come to Michigan, but he came to Detroit. He came to Flint -- things that Republicans never did as candidates,” McDaniel said during an appearance on Fox News' “The Story with Martha MacCallum.”

“He was coming to say, 'I care about you and I'm going to be a president that represents every American. And you deserve better because the Democrat Party has let you down.'”

Trump carried out this effort through actions like passing criminal justice reform and expanding opportunity zones, something Joe Biden and Obama never did, McDaniel said.

“[Trump’s] the one who's expanded economic opportunity zones and put that into the Tax Cuts and Jobs Act,” she said. “He's the one who's given loan forgiveness to HBCUs [Historically Black Colleges and Universities]. And he's the one that, under his administration, took Black unemployment to the lowest level in history. This is what President Trump is proud of and this is what he has done.”

According to Pew Research, 91% of all Black voters reported voting for Hillary Clinton. But Trump's poll numbers involving Black voters are already higher than they were in 2016, McDaniel said.

TRUMP SAYS HE WANTS DRUG TESTS BEFORE DEBATES WITH BIDEN

Most importantly, the Republican Party is making an effort to reach out to America’s Black communities and open campaign offices in urban settings, she said.

“It is time for the Republican Party to fight for your vote,” she said. “We want you in our party. We want your voice heard in our party because the Democrat Party just takes you for granted.”

“If you don’t vote for me, you ain’t Black,” the nominee said earlier this year.

“Talk about something demeaning and dismissive,” McDaniel commented. “That is not how the Republican Party views Black America. And that's why we've launched Black Voices for Trump. And we are absolutely making up ground in these communities who are finally saying, ‘You know what? We've been with the Democrats long enough. Maybe it's time we look at the Republican Party.’"