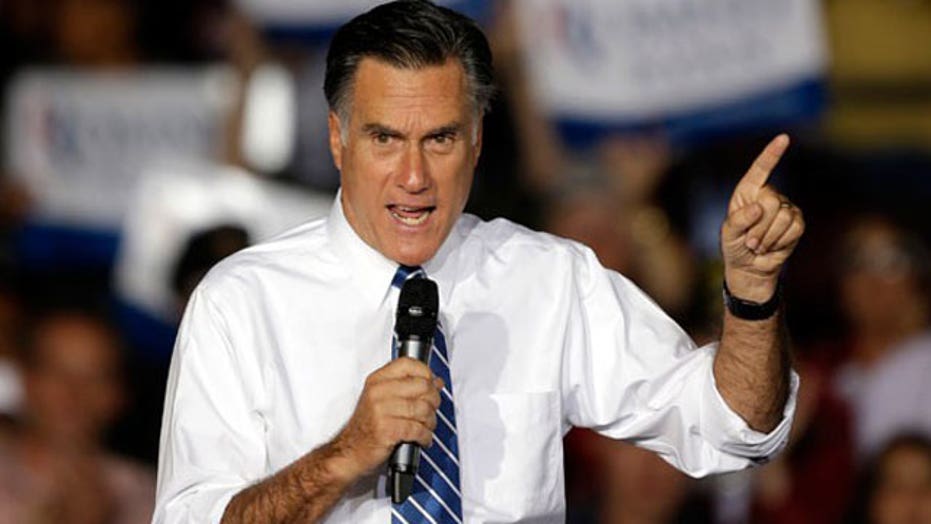 Mitt Romney told a group of supporters in New York on Friday that he is considering a third run for the White House, after denying interest for months in a 2016 bid, Fox News has confirmed.

The former Massachusetts Republican governor, who ran against President Obama in 2012 and lost, made the remarks during a meeting with 30 former large donors in Manhattan.

According to a Romney senior adviser who was in the meeting, he said, "Everybody in here can go tell your friends that I'm considering a run."

The development comes after repeated denials in the press.

Romney told “Fox News Sunday” in September, “I’m not running, and I’m not planning on running.”

But in recent days, big-name potential candidates have started moving closer to a Republican presidential bid.

In the last week, former Florida Gov. Jeb Bush quit all his major corporate and nonprofit board memberships, and launched a new leadership political action committee (PAC). He announced he was exploring a run last month. Bush reportedly was in Romney’s old stomping ground in Boston on Friday for a fundraising luncheon.

Former Arkansas Gov. Mike Huckabee also announced last weekend he is leaving Fox News as the host of “Huckabee” as he weighs a presidential run. He ran and lost in the 2008 Republican primary – as did Romney.

Though he has long denied rumors of another White House run, Romney still polls well. He topped an early Iowa caucus-goers poll in October with 17 percent. In a December Fox News poll, Romney dominated the GOP field. He came in with 19 percent among self-identified Republicans, followed by Bush at 10 percent. No other candidates garnered double-digit backing.

Romney, a man of considerable family wealth, would nonetheless have to raise millions to jump-start a renewed campaign on the road to the Republican primaries.

He raised over $446 million for the 2012 race, with his top five contributors hailing from Wall Street – close to his donor meeting on Friday.