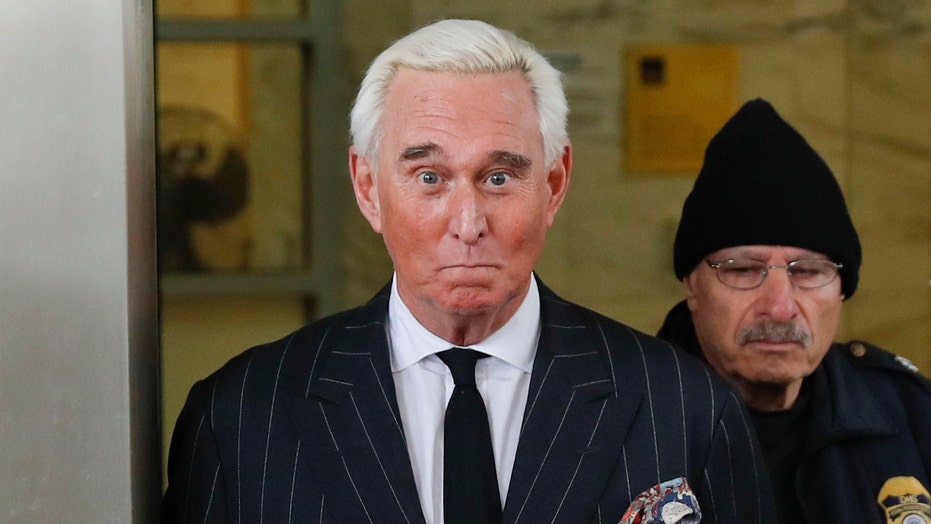 Former Memphis City Schools Board President Tomeka Hart revealed Wednesday that she was the foreperson of the jury that convicted former Trump adviser Roger Stone on obstruction charges last year -- and soon afterward, her history of Democratic activism and a string of her anti-Trump, left-wing social media posts came to light.

Hart even posted specifically about the Stone case before she was selected to sit on the jury, as she retweeted an argument mocking those who considered Stone's dramatic arrest in a predawn raid by a federal tactical team to be excessive force. She also suggested President Trump and his supporters are racist and praised the investigation conducted by Special Counsel Robert Mueller, which ultimately led to Stone's prosecution.

Meanwhile, it emerged that U.S. District Judge Amy Berman Jackson had denied a defense request to strike a potential juror who was Obama-era press official with admitted anti-Trump views -- and whose husband worked at the same Justice Department division that handled the probe leading to Stone's arrest. And, another Stone juror, Seth Cousins, donated to former Democratic presidential candidate Beto O'Rourke and other progressive causes, federal election records reviewed by Fox News show.

The revelations came as Trump has called the handling of Stone's prosecution "ridiculous" and a demonstrably unfair "insult to our country." They raised the prospect that Stone's team could again seek a new trial, especially if Hart provided inaccurate responses under oath on her pretrial questionnaires concerning social media activity.

The drama began when Hart confirmed to CNN and other media organizations Wednesday that she had written a Facebook post supporting the Justice Department prosecutors in the Stone case who abruptly stepped down from their posts on Tuesday, saying she "can't keep quiet any longer." The prosecutors apparently objected after senior DOJ officials overrode their recommendation to Jackson that Stone face up to 9 years in prison.

Independent journalist Mike Cernovich, not CNN, then first reported that a slew of Hart's other publicly available Twitter and Facebook posts readily suggested a strong political bias. Some of Hart's posts were written as Stone's trial was in progress.

Hart, who unsuccessfully ran for Congress as a Democrat in 2012, quoted someone in an August 2017 tweet referring to Trump as a member of the KKK.

"Gotta love it!" Hart wrote on Jan. 13, 2018, in response to a news report that a vulgarity had been projected onto the Trump International Hotel in Washington, D.C.

A week later, on Jan. 21, 2018, she shared an opinion piece entitled, "What’s so extremely, uniquely wrong about Trump’s presidency."

On March 24, 2019, Hart shared a Facebook post saying that Republicans who complained about Mueller's probe were deliberately "ignoring the numerous indictments, guilty pleas, and convictions of people in 45’s inner-circle," referring to Trump.

Most of Hart's posts were from before she was selected to sit on the Stone jury late 2019. But, on Nov. 15, 2019 -- the day she voted to convict Stone on seven counts of obstruction, witness tampering and making false statements to Congress -- Hart tweeted two "heart" emojis, followed by two pump-fist emojis.

(None of Stone's charges accused him of engaging in a criminal conspiracy with Russia or any other actors concerning election interference; instead, his offenses related to his statements concerning his contacts with WikiLeaks and others.)

If Hart have provided misleading answers on her jury form concerning her political or social media activity, her views on Trump and the Russia probe, or other related matters, there could be grounds for Stone's team to seek a new trial, legal experts told Fox News.

Hart did not immediately respond to Fox News' request for comment. The Memphis Commercial Appeal noted that she was a native of the city and had served a term as the president of its school board.

Hart's posts surfaced the same day that Jackson, who oversaw the Stone case, unsealed her order from earlier this month denying Stone's request for a new trial.

Stone's team argued that an unnamed juror had misled the court concerning his or her exposure to the media during the case, and also had some potential bias because of his or her work with the IRS, which sometimes has interfaced with the DOJ on criminal matters.

But, Jackson shot down the motion for a new trial, saying the juror's potential bias was not demonstrated -- and even if it were, it wasn't significant enough to warrant the drastic step of calling for a new trial.

Courts allow for a new trial, Jackson noted, when "a serious miscarriage of justice may have occured." Bias is a permissible reason to remove a juror or call for a new trial only in "extreme situations where the relationship between a prospective juror and some aspect of the litigation is such that it is highly unlikely that the average person could remain impartial in his deliberations under the circumstances."

Jackson, who was appointed to the bench by President Barack Obama, also took a shot at Stone's team for failing to uncover the information sooner.

"The defense could have easily conducted the same Internet search included in the instant motion and could have raised concerns at that time," Jackson wrote.

Fox News reported earlier Tuesday that top brass at the DOJ were "shocked" that prosecutors handling the Stone case had recommended Monday night that Jackson sentence the 67-year-old Stone to between 87 and 108 months in prison. The prosecutors asserted in the Monday filing that Stone's conduct post-indictment -- including violating the judge's social media gag orders -- merited a sentence much longer than the 15 to 21 months that the defense said was actually advisable under the federal sentencing guidelines. 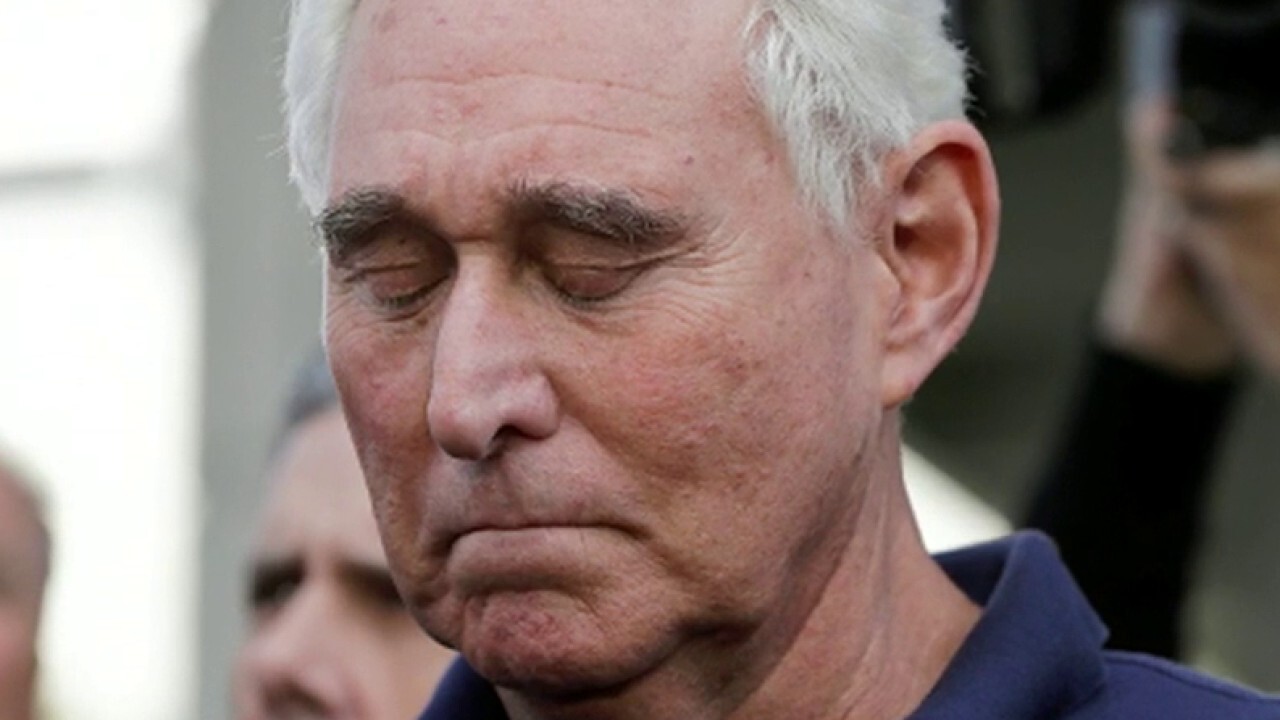 In a new, amended filing Tuesday afternoon, the DOJ told Jackson that the government "respectfully submits that a sentence of incarceration far less than 87 to 108 months' imprisonment would be reasonable under the circumstances," but that the government "ultimately defers to the court as to the specific sentence to be imposed."

Government officials wrote in the amended filing that while it was "technically" possible to argue that Stone deserved the severe federal sentencing enhancement for threatening physical harm to a witness, such a move would violate the spirit of the federal guidelines.

Specifically, prosecutors said that although Stone allegedly had threatened witness Randy Credico's therapy dog, Bianca -- saying he was "going to take that dog away from you" -- it was important to recognize that Credico, a New York radio host, has acknowledged that he "never in any way felt that Stone himself posed a direct physical threat to me or my dog."

The government continued, "If the court were not to apply the eight-level enhancement for threatening a witness with physical injury, it would result in the defendant receiving an advisory guidelines range of 37 to 46 months, which as explained below is more in line with the typical sentences imposed in obstruction cases." 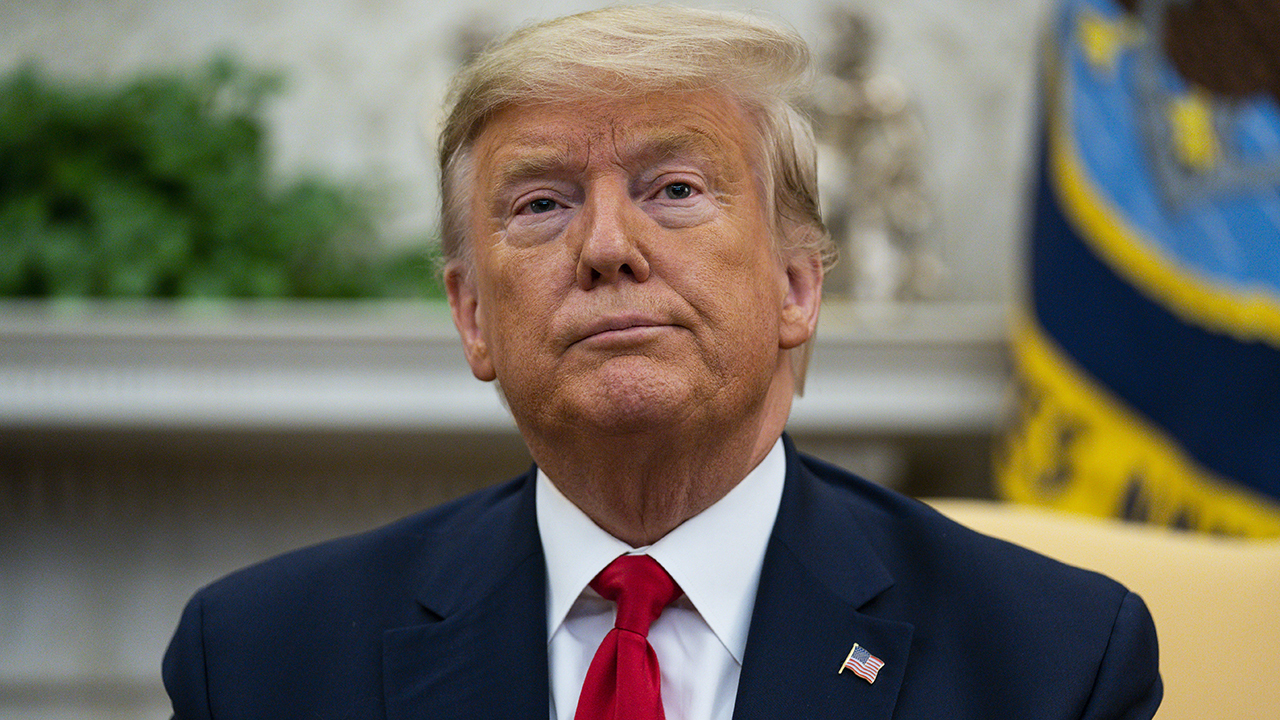 “We're backing off from, 'It has to be this,'" the DOJ source told Fox News. “The amended filing says it's a serious crime, and prison time is appropriate; we're just saying it doesn't have to be 87 to 108 months."

Speaking to reporters on Tuesday, Trump said he stayed out of internal DOJ deliberations, but strongly opposed their initial sentencing recommendation.

Later, Trump took a shot at Jackson, writing on Twitter: "Is this the Judge that put Paul Manafort in SOLITARY CONFINEMENT, something that not even mobster Al Capone had to endure? How did she treat Crooked Hillary Clinton? Just asking!"