Roger Stone heads to trial in Mueller offshoot case, after months of open conflict with judge

Transcripts from "The Godfather: Part II?" Not banned.

Those are just some of the unusual ground rules set out by Obama-appointed U.S. District Court Judge Amy Berman Jackson for the widely anticipated trial of former Trump confidant Roger Stone, which begins on Tuesday in Washington.

Stone, a longtime Republican provocateur and part-time fashion critic, is accused of witness tampering and lying to the House Intelligence Committee about his efforts to obtain Russian-hacked Hillary Clinton emails for political gain.

But, ever since his arrest in a dramatic nighttime raid by a heavily armed federal tactical team in January, Stone has remained combative and defiant, even flashing the infamous Richard Nixon "V sign" before a throng of photographers. Then, a month later, Stone aroused Jackson's ire when Stone's Instagram hosted a photo appearing to show Jackson with gun crosshairs behind her.

“Through legal trickery, Deep State hitman Robert Mueller has guaranteed that my upcoming show trial is before Judge Amy Berman Jackson, an Obama appointed Judge who dismissed the Benghazi charges against Hillary Clinton and incarcerated Paul Manafort prior to his conviction for any crime,” Stone’s post was captioned. 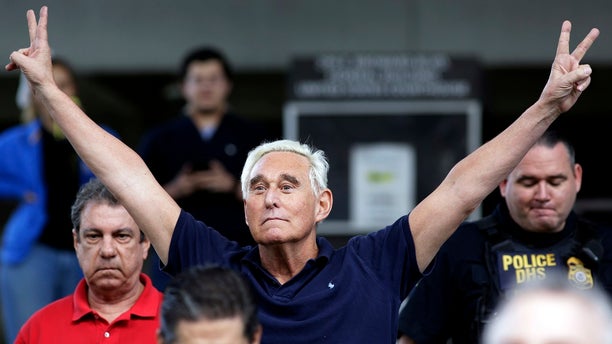 “So what am I supposed to do with you?" an exasperated Judge Jackson said at one pretrial hearing. "It seems as if, once again, I’m wrestling with behavior that has more to do with middle school than a court of law. It’s tempting to ignore it all completely, but if I don’t respect and uphold my own orders, why would I expect anyone else to?”

"What am I supposed to do with you?"

It remains unclear whether Stone will choose to testify in his own defense during the trial, which reportedly could also feature testimony from former Trump adviser Steve Bannon.

Stone's indictment in January was an offshoot of Mueller's investigation, and Judge Jackson provided Stone's legal team access to most of the redacted materials in Mueller's report in order to prepare his defense.

Stone is not charged with conspiring with WikiLeaks, the anti-secrecy website that published emails of Democrats during the 2016 campaign, or with the Russian officers Mueller says hacked them. Instead, he is accused of lying about his interactions related to WikiLeaks' release during probes by Congress and Mueller’s team.

Prosecutors have alleged that an unnamed top Trump official "directed" stone to reach out to WikiLeaks, and that Stone specifically lied to investigators in several ways. Specifically, Stone allegedly lied when he said he had no relevant documents to turn over; when he said that New York radio host Randy Credico was his only source as to WikiLeaks' plans, when he denied pressuring Credico to keep quiet; and when he insisted he never sought to relay a message to WikiLeaks founder Julian Assange.

Stone, prosecutors said, pressured Credico to “do a Frank Pentangeli” in his testimony before Congress, a reference to a character from the 1974 film "The Godfather Part II" who backtracked his plans to provide Congress with an incriminating testimony on the Corleone crime family. 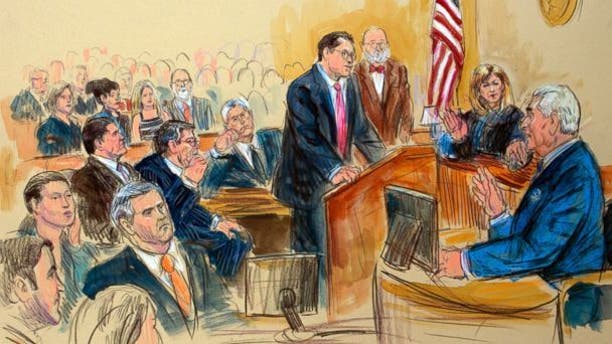 Attorneys for the government suggested playing the “Pentangeli” clip during Stone’s trial. But Judge Jackson ruled last month that doing so could unfairly prejudice jurors.

“The government will not be permitted to introduce the clip itself in its case in chief because the prejudicial effect of the videotape, which includes a number of extraneous matters, outweighs its probative value,” Jackson ruled Monday.

She did say, however, that prosecutors may use a transcript of the scene.

Legal experts say those texts could be damning for the prosecution because they indicate that Credico, not Stone, was in charge -- and possibly puffing up his insider knowledge.

The texts “are a bad fact for the government,” Sol Wisenberg, who was an attorney on independent counsel Ken Starr’s staff, told Yahoo News. “It indicates that [Credico] had — or pretended to have — news that he was giving to Stone.”

Trump, for his part, has said Stone has been unfairly targeted, noting that Mueller found no evidence that any member of Trump's team had conspired with Russians to influence the 2016 election -- despite multiple outreach efforts by Russians.

Stone's arrest at the hands of highly-armed police, the president asserted, was unusual, given that "drug dealers and human traffickers are treated better." (The president also remarked that it was odd that CNN cameras were in place at the time of the predawn raid.)

A self-proclaimed dirty trickster with a flair for public drama, Stone has a history in Republican political circles dating back to the Nixon administration. He emerged as an early public supporter of Trump and has consistently criticized the case against him.

"I will defeat them in court," Stone said earlier this year. "This is a politically-motivated investigation." 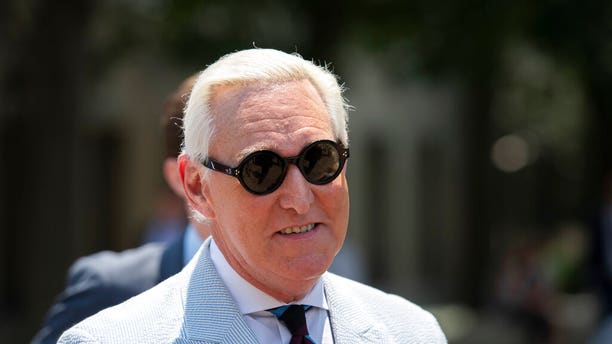 Stone, a longtime friend of the president's, briefly served on Trump's campaign, but was pushed out amid infighting with campaign manager Corey Lewandowski. Though sidelined, he continued to communicate with Trump and stayed plugged into his circle of advisers.

The indictment says Stone repeatedly discussed WikiLeaks in 2016 with campaign associates and lays out in detail Stone's conversations about emails stolen from Clinton campaign chairman John Podesta and posted in the weeks before Trump beat Clinton.

After WikiLeaks on July 22, 2016, released hacked emails from the Democratic National Committee, the indictment says, a senior Trump campaign official "was directed" to contact Stone about additional releases and "what other damaging information" WikiLeaks had "regarding the Clinton campaign."

In August, Judge Jackson rejected four motions from Stone contesting his indictment, adding that Stone has “no one but himself to blame” for having to stand trial.

“When he chose to take credit for the WikiLeaks release and to tantalize the public with hints that he had inside information about more to come, he chose to place himself directly in the vortex of the issues that became the focus of multiple law enforcement, counterintelligence, and congressional investigations,” Jackson wrote.

The judge also noted other Trump associates and family members who were not indicted after Mueller’s investigation despite their very public conservative views and open support for Trump.