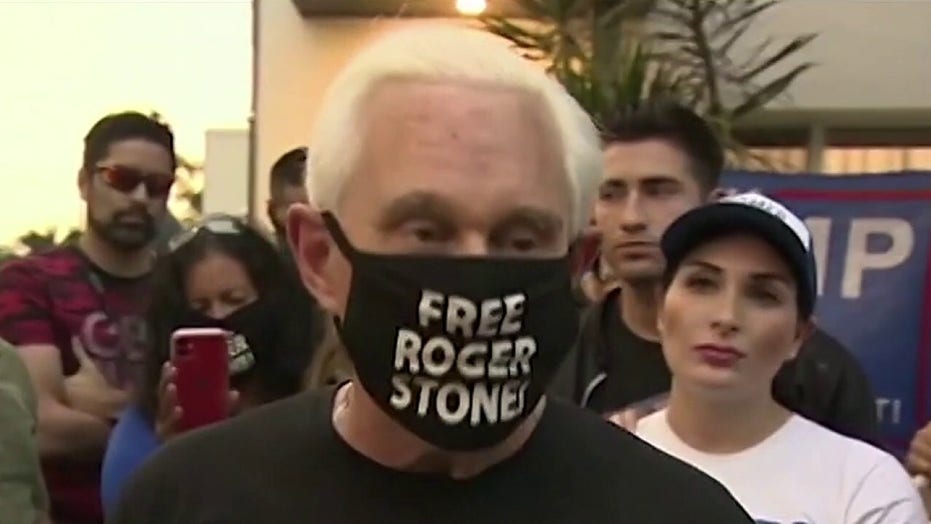 Roger Stone to drop appeal of his conviction

Stone was told by attorneys his case had a small chance of victory.

Roger Stone's criminal case is officially at an end, now that the former associate of President Trump dropped his appeal of his conviction.

Stone moved to drop his appeal earlier this week. The D.C. Circuit Court of Appeals granted that request on Wednesday.

ROGER STONE DROPS APPEAL OF CHARGES AGAINST HIM: 'TIME FOR ME TO MOVE ON'

"Upon consideration of appellant's unopposed motion to dismiss this appeal and the affidavit in support thereof, it is ORDERED that the motion be granted and this case be dismissed," the D.C. Circuit said in an order by deputy clerk Amanda Himes.

The longtime Republican political operative chose not to go forward with his appeal after President Trump commuted his sentence. While this is different from a pardon and Stone's conviction stands, he will not have to serve the 40-month prison sentence that was given to him.

Stone, who briefly served in Trump's 2016 campaign, was found guilty of seven counts including witness tampering and giving false statements to Congress in connection with communications he had regarding WikiLeaks and hacked Democratic emails.

President Trump has claimed that Stone was treated unfairly and Stone denies wrongdoing. Despite this, Stone wrote in a statement posted on his website, StoneColdTruth.com, that the decision was in the best interest of his family.

“It is time for me to move on with my life with my family, friends, and supporters. I regret not going forward with the appeal to fully expose all that happened, with the hope that by doing so, I could help prevent it from happening to anyone else ever again; but I had to decide based on what is best for me and my family,” Stone wrote.