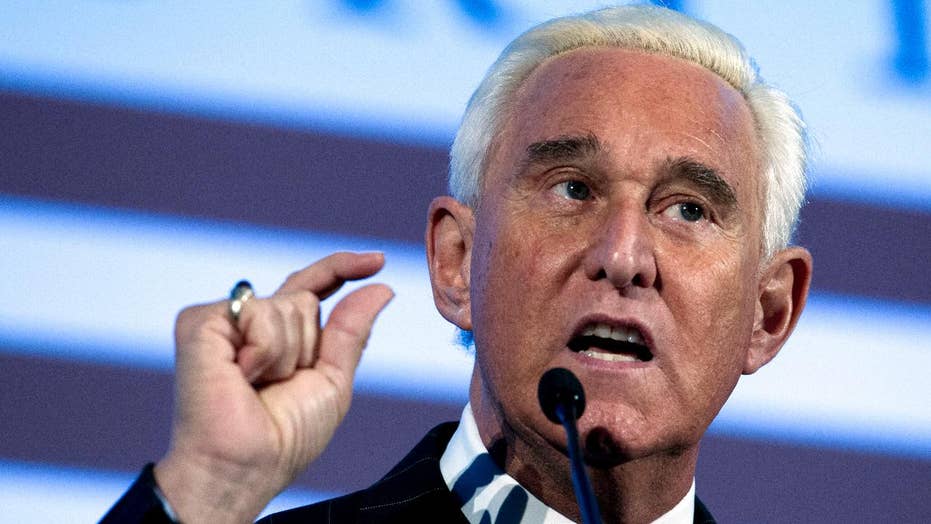 What evidence does Robert Mueller have that Roger Stone may not know about?

Former Trump adviser Roger Stone appeared to open the door to cooperating in Special Counsel Robert Mueller's probe on Sunday, even as he called the obstruction charges against him "fabricated" and defiantly condemned his dramatic, guns-drawn predawn arrest.

Speaking to ABC News' "This Week," Stone told anchor George Stephanopoulos he hasn't ruled out the possibility of striking a deal with prosecutors. Ex-Trump campaign manager Paul Manafort is currently fighting Mueller's accusations that he violated the terms of his plea agreement in an unrelated case.

"Uh, you know, That's a question I'll have to determine after my attorneys have some discussion," Stone said, when asked about a potential cooperation deal. "If there's wrongdoing by other people in the campaign that I know about, which I know of none, but if there is, I would certainly testify honestly. I'd also testify honestly about any other matter, including any communications with the president."

Stone continued: "It's true that we spoke on the phone. But those communications are political in nature. They're benign. And there's certainly no conspiracy with Russia. The president's right: There is no Russian collusion."

The special counsel's 24-page indictment alleged that Stone worked to obstruct the House Intelligence Committee’s investigation into Russian interference in the 2016 election by making false statements to the committee, denying he had records sought by the committee and persuading a witness to provide false testimony.

According to the indictment, Stone told an associate, Randy Credico, to do a "Frank Pentangeli’” when testifying before Congress -- a reference to a character in "The Godfather: Part II." Stone also told Credico, "I guarantee you you are the one who gets indicted for perjury if you’re stupid enough to testify.”

But on Sunday, Stone said prosecutors had taken that remark "out of context," and that he joked regularly with Credico.

“It is a humorous exchange," Stone said. "They’re taking things out of context to present them in a light that mischaracterizes their significance. I never told Mr. Credico to lie.”

Asked why he denied having some communications with Credico in testimony before Congress, Stone added, "I am human and I did make some errors, but they're errors that would be inconsequential within the scope of this investigation."

"Listen, I think if he decides to go to trial, he's in very, very grave danger," Christie said.

Tucker: Is America safer now that Roger Stone was arrested?

In an interview with Fox News on Friday, Stone insisted that the indictment brought against him is "thin" and is really "about silencing" him. But, Stone said, he was prepared for the fight of his life.

Stone’s remarks on Fox News’ “Tucker Carlson Tonight” came shortly after he was taken into custody earlier Friday and indicted on charges of obstruction, making false statements and witness tampering.

Former campaign adviser for President Donald Trump, Roger Stone walks out of the federal courthouse following a hearing, Friday, Jan. 25, 2019, in Fort Lauderdale, Fla. Stone was arrested Friday in the special counsel's Russia investigation and was charged with lying to Congress and obstructing the probe. (Associated Press)

At a news conference earlier in the day, Stone vowed to fight the allegations, slamming the charges as "politically motivated."

Stone, who was arrested in Fort Lauderdale on Friday morning, told Carlson that he would've turned himself in had authorities gotten in touch with his attorney. Video aired by CNN of the arrest showed numerous FBI agents with guns banging on Stone’s door and demanding that he come outside.

Stone said it was "disconcerting" that the network "was aware that I would be arrested before my lawyers were informed."

DERSHOWITZ: 'IT WAS JUST A SHOW,' DRAMATIC PREDAWN RAID MEANT TO GET INFO ON 'REAL TARGET'

"I had no firearm in the house. I don’t have a permit for a firearm. I don’t own a firearm. Only my wife, my two dogs, my three cats were at home," he said.

"I’m not a flight risk, in fact, I think my passport has expired or it will expire in a few days. I have no record of a criminal past. And frankly, they just could have contacted my attorney and I would have voluntarily turned myself in," Stone said.

"The proof of this is that only hours later, the judge granted me a $250,000 surety bond, meaning on my signature with no funds put forward because I’m not a flight risk," he continued.

On Saturday, Stone posted a manipulated image of Mueller holding two buns with nothing inside -- along with the hashtag "nothingburger" -- on Instagram.

The indictment unsealed Friday does not charge Stone with conspiring with WikiLeaks, the anti-secrecy website that published emails of Democrats during the 2016 campaign, or with the Russian officers Mueller says hacked them.

Instead, it accuses him of lying about his interactions related to WikiLeaks' release during probes by Congress and Mueller’s team.

The indictment states that during the summer of 2016, Stone spoke to senior Trump campaign officials about WikiLeaks and information it might have had that would be damaging to Hillary Clinton’s presidential campaign.

In an op-ed published Sunday in The Hill, columnist Mark Penn slammed what he called Mueller's "selective prosecution" of Stone, and noted that Christopher Steele -- the ex-spy who effectively worked for the Hillary Clinton campaign but was fired as a source by the FBI for lying about his media contacts -- was not even under investigation.

"This does not in any way prove collusion, any more than Hillary’s team colluded by seeking damaging information on Trump," Penn wrote. "And, because Stone broadcast everything publicly, this is far less material than something like the secret origins and undercover press briefings of the Steele dossier that influenced the FBI."

He added: "It is another in a series of events that questions whether our legal system has devolved to that of Venezuela’s — one in which opposition political leaders are targeted for takedown and, if you’re on the 'good' side, you simply smile your way through as the criminal legal referrals against you are tossed into the garbage can."