Rudy Giuliani is slated to speak at the Republican National Convention this week in support of President Trump's White House reelection bid. Here are some fast facts on the former New York City mayor's career and how he became a surrogate and attorney for the commander in chief.

He later clerked for Judge Lloyd MacMahon, who was the United States District Judge for the Southern District of New York. In 1970, Giuliani joined the office of the U.S. Attorney. At 29, he was named chief of the Narcotics Unit and rose to serve as executive U.S. Attorney.

The New York Republican moved to Washington, D.C., where he was named Associate Deputy Attorney General and chief of staff to the Deputy AG. In the late 70s and early 80s, Giuliani returned to New York to practice law.

RNC SPEAKERS: WHAT TO KNOW ABOUT KAREN PENCE 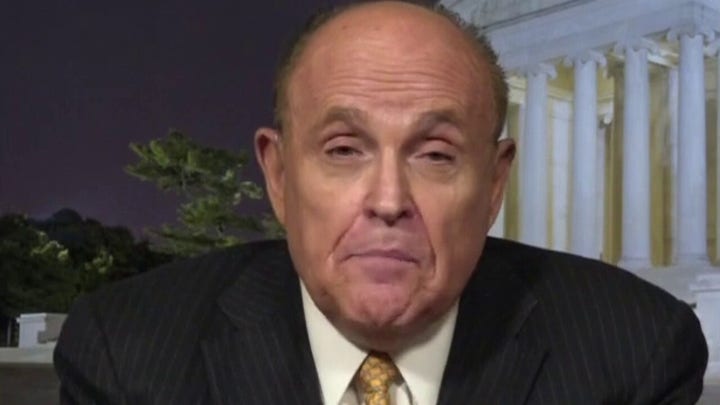 In 1983, Giuliani was appointed U.S. Attorney for the Southern District of New York. In 1989, Giuliani ran for mayor of New York but lost by one of the closest margins in city history. In 1993, he ran again and won, becoming the Big Apple's 107th Mayor. He was reelected again four years later by a large margin, carrying four of the five boroughs of the city.

He is perhaps best known for serving as New York City's leader during the 9/11 terrorist attacks that destroyed the World Trade Center area. He coordinated with FDNY and NYPD first responders on scene and made multiple media appearances to give updates on the fallout following September 11.

He was also a staunch ally of Geroge W. Bush during this time period, as new national security measures were being implemented all around the country by the federal government, with special focus on New York City.

Giuliani supported Patriot Act provisions that created the office of Homeland Security, instituted stricter regulations regarding the TSA, and legalized domestic electronic surveillance by the federal government on American citizens. He argued extreme measures were necessary to prevent another large scale terrorist attack.

Following Trump's victory over Hillary Clinton in 2016, Guilinani served as the president's cybersecurity adviser before joining his legal team the following year, amid the Robert Mueller investigation.

He is slated to speak on Thursday night at the GOP convention.