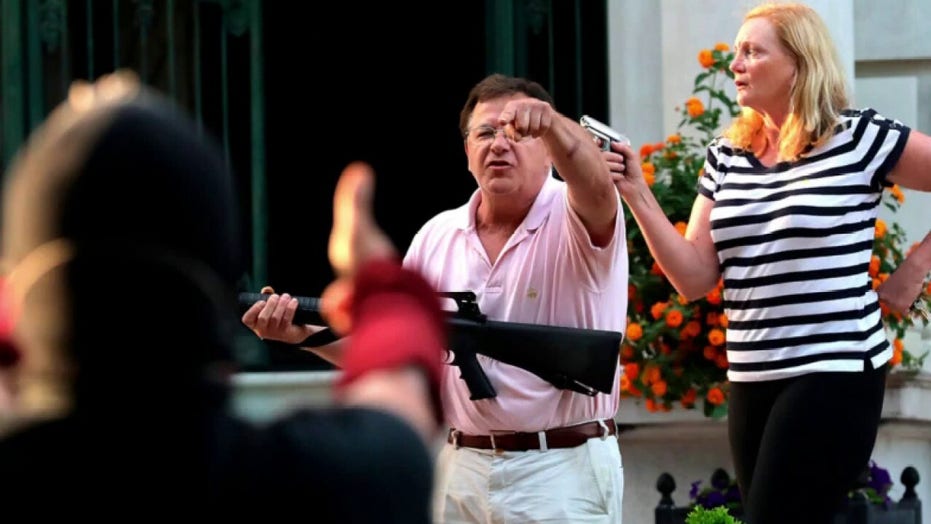 St. Louis couple Patricia and Mark McCloskey will be part of the lineup of speakers at the 2020 Republican National Convention.

During the four-night convention, the McCloskeys will try to rally support behind incumbent President Trump and Vice President Mike Pence who are running against Democratic presidential nominee Joe Biden and his running mate, California Sen. Kamala Harris.

The overall theme of the event will be “honoring the Great American Story."

The McCloskeys gained media attention for bearing arms while standing outside their home as Black Lives Matter protesters passed through their neighborhood, allegedly trespassing on a private street. The couple was caught on camera pointing guns at the group of protesters marching toward the mayor’s residence.

The couple -- personal injury lawyers -- defended themselves, saying they were facing a "mob" on their private street and feared for their lives.

ST. LOUIS COUPLE WHO WAVED GUNS AT PROTESTERS TO SPEAK AT RNC

They were later charged with felony unlawful use of a weapon.