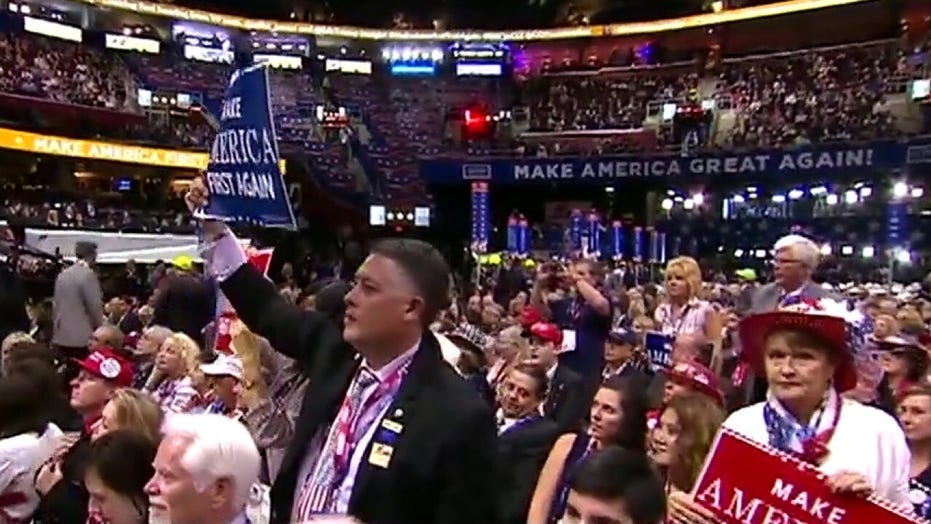 The Republican National Committee on Saturday set a tight deadline for North Carolina Gov. Roy Cooper to provide guidance on whether the party can host a "full" presidential convention in the state in August as planned, amid threats from President Trump to find a new location if necessary.

RNC Chairwoman Ronna McDaniel and CEO of the 2020 Republican National Convention Marcia Lee Kelly penned a letter to Cooper laying out their plans for holding the event in Charlotte, N.C. -- and seeking a response by Wednesday on whether they can proceed amid coronavirus-related restrictions.

“The RNC has worked tirelessly and in good faith throughout the planning process to make this a successful event for everyone,” they wrote. “That has not changed.”

“While we have demonstrated our commitment and acted to ensure a safe convention, to date, we have received no guidance that provides us with any assurances that the Convention can proceed according to the terms of the various participants’ original agreements,” they continued, noting that the RNC planned for a “full convention” with 19,000 delegates, alternate delegates, staff, volunteers and elected officials.

“Proactively, we have plans in place for temperature checks, testing before and during the Convention, making masks available for those who request one and providing enhanced sanitization of public areas in order to protect the health of attendees and the residents of Charlotte and Mecklenburg County,” they wrote.

McDaniel and Kelly said they are planning to hold a “full convention” beginning on Aug. 24, but said they “have not received any guidance” from Cooper “that indicates doing so will be possible and your recent public statements have only cast further doubt.”

“We need to know by Wednesday, June 3 if we will be able to do so,” they wrote. “Otherwise, we will immediately need to begin making modifications as to how the Convention will proceed.”

The letter to Cooper comes as Trump has publicly threatened to find a new host if needed, and after the Democratic governor's office said Friday the state will “continue working” with the RNC “to ensure the convention can be held safely.”

NORTH CAROLINA WILL STILL WORK WITH RNC 'TO ENSURE THE CONVENTION CAN BE HELD SAFELY,' GOVERNOR SAYS

North Carolina Health and Human Services Secretary Dr. Mandy Cohen, in a letter to McDaniel and Kelly on Friday, noted that the Centers for Disease Control and Prevention (CDC) has “interim guidance regarding mass gatherings,” which details safety protocols “that organizers of major events should utilize amid this pandemic.”

Cohen did, though, warn that North Carolina, which is in “Phase 2” of its reopening amid coronavirus, has had its “highest day of new lab confirmed COVID-19 cases in the state” this week and “increasing numbers of people hospitalized with COVID-19.”

“The status of COVID-19 infections in our state and the Charlotte area continues to rapidly evolve, thus, it will be important to have several scenarios planned that can be deployed depending on the public health situation,” Cohen noted.

Nevertheless, Cohen said North Carolina “continues to support the hosting of the Republican National Convention in Charlotte if it can be done safely.”

Meanwhile, Georgia Gov. Brian Kemp this week said that “Georgia would be honored to safely host” the RNC this summer and asked Trump to consider holding the convention in the state.