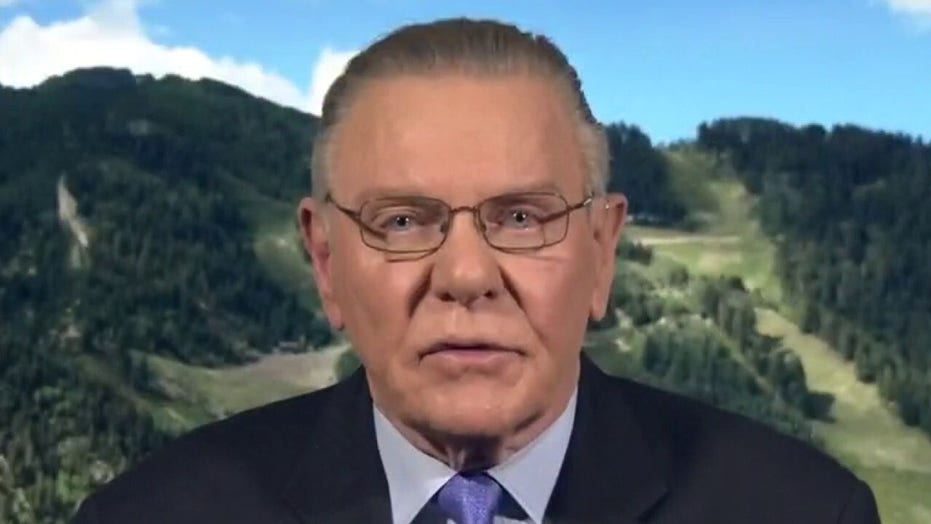 Xinhua News Service, a Chinese state media outlet, attacked the surge of violence over the Fourth of July weekend in a crass political cartoon of a man firing guns over a grave marked "Death From Firearm" as what appears to be two politicians celebrate the holiday.

"How a gun-happy nation spends its #FourthofJuly weekend," the state media outlet captioned the picture.

In a Tuesday email to Fox News, House Foreign Affairs Committee ranking member Michael McCaul, R-Texas, eviscerated the post as showing everyone "just how crass and violent the Chinese Communist Party is that they have their propaganda outlets celebrating the deaths of 450 Americans over the July 4th holiday."

"The CCP is currently committing genocide against ethnic and religious minorities in their country and are brutally cracking down on peaceful protesters in Hong Kong who are simply crying out for freedom," McCaul said.

"Until they stop murdering and imprisoning their own people, I don’t believe anyone in the world should look to them for moral advice," he added.

Sen. Marco Rubio, R-Fla., who sits on the Senate Foreign Relations Committee, also torched the CCP, saying there was no way the Chinese government could lie their way to changing the facts about their regime.

"No amount of propaganda can change the fact that the Chinese Communist Party is a murderous, genocidal regime that fears freedom, undermines democracy, destroys cultures, and betrays its people," Rubio told Fox News in a Tuesday email.

Republican Sen. Ted Cruz of Texas told Fox News in a Tuesday statement that it is "increasingly difficult to distinguish Chinese Communist Party propaganda from the progressive left’s anti-American incitement."

The state media outlet was not the only Chinese government mouthpiece to mock the tragedies that have befallen the U.S. in the past weeks.

Li Yang, a consul general for the Chinese government in Rio de Janeiro, Brazil, openly mocked the victims of the condo collapse in Surfside, Florida, in multiple tweets as the tragedy unfolded.

"American-style rescue: very layman in saving people, but too expert in blasting!!!" Li wrote on Monday, including pictures of the condo collapse.

"‘America is coming back!’" the CCP diplomat wrote in a tweet from July 2. "But none of the people buried in the ruins has come back!!!"

The bloody Fourth of July weekend ended with at least 150 people killed in more than 400 shootings that occurred across the country, according to data compiled throughout the weekend.

In New York City, at least 35 people were shot in 29 shooting incidents from Friday through Monday, with at least two of the incidents resulting in deaths, the NYPD said. Overall, at least four murders occurred in the city.

In Chicago, 100 people were struck by gunfire resulting in 18 deaths since Friday night, according to Chicago police. In nearly all of the cases, no suspects were taken into custody as detectives continue to investigate the incidents. Sixty-nine of the more than 400 nationwide shootings occurred in Chicago alone.