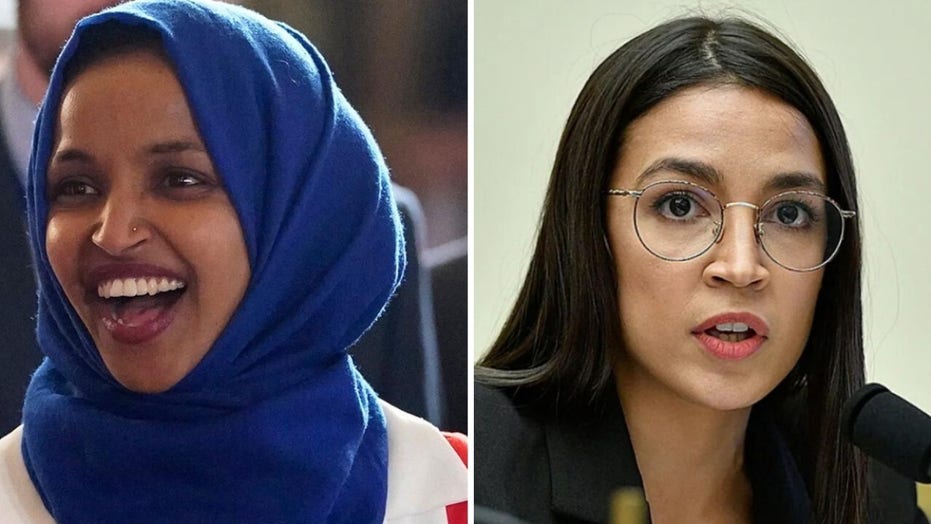 'Outnumbered' panel reacts to tweets from 'Squad' members on the escalating conflict in the Middle East.

EXCLUSIVE: Rep. Carlos Gimenez, R-Fla., is leading an effort in the House to call out Hamas as a terrorist group and to double down on support for the people of Israel as deadly fighting intensifies in the Middle East.

"Israel has every right to defend itself and defend its citizens," Gimenez told Fox News Thursday. "I don't know of an instance where there's outright aggression from the state of Israel that was done without provocation."

Gimenez is introducing a resolution Thursday with the support of at least 50 Republicans to condemn "the acts of terrorism committed by Hamas" and to support Israel's right to defend itself from attacks. He shared the resolution first with Fox News.

His effort comes as members of the so-called progressive Squad been very critical of Israel. Rep. Alexandria Ocasio-Cortez, D-N.Y., hit President Biden over his Wednesday statement in support of Israel and accused him of taking "the side of the occupation." And Rep. Ilhan Omar, D-Minn., accused Israel of committing an "act of terrorism" by launching airstrikes into Gaza.

"Members of the Squad, I believe, are out of touch with America," Gimenez told Fox News. "They think that they speak for America and they don't."

Fighting between Israel and Gaza's militant Hama rulers intensified Thursday. Hamas sent a heavy barrage of rockets deep into Israel, as Israel pounded Gaza with more airstrikes and shells and called up 9,000 more reservists who could be used to stage a ground invasion.

Gimenez said he supports Biden's statements backing Israel and doesn't think the Biden administration needs to do more at this point to assist. Biden said Wednesday Israel has a right to defend itself "when you have thousands of rockets flying into your territory."

"The verbal affirmation of their right to self-defense is a step in the right direction," Gimenez said. "I don't think they need to go further at this point unless the situation gets even [worse]."

So far, no Democrats have signed on to his resolution, but Gimenez hopes that will change.

House Speaker Nancy Pelosi, D-Calif., offered support Thursday for Israel and made a distinction between the Palestinian people and the actions of Hamas.

"Hamas is threatening the security of the people in Israel," Pelosi said. "Israel has a right to defend itself."