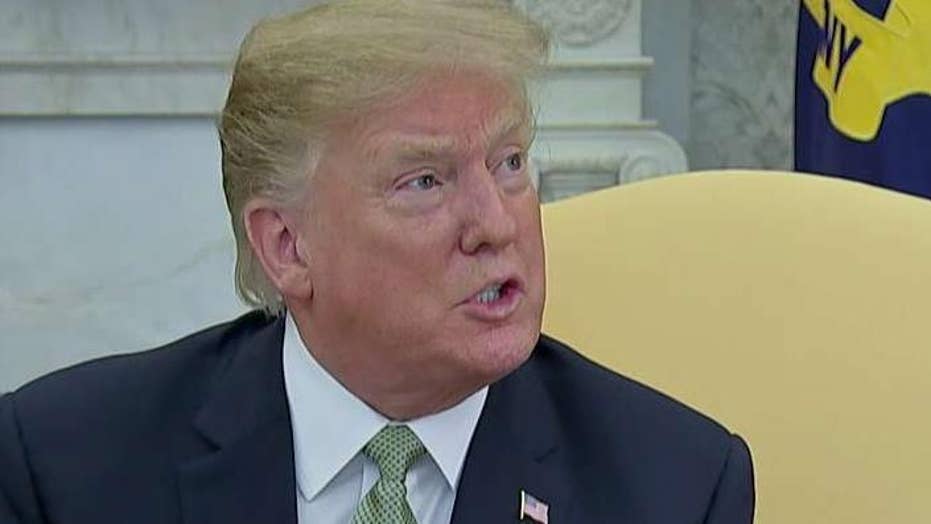 Trump 'surprised' at how badly Brexit negotiations have gone

Republicans in the White House and Congress are renewing their support for a U.S.-U.K. trade deal after Britain leaves the European Union -- even as Brexit is facing significant delays across the Atlantic.

“If the U.K. regains control over its national trade policy, our two nations will have a once-in-a-generation chance to forge an ambitious trade pact - a truly free, fair, and reciprocal agreement that will foster economic growth, spur innovation, and define a new global standard in trade,” Rep. George Holding, R-N.C., wrote in an op-ed for the Daily Telegraph this week.

Holding, who is the ranking Republican of the British American Parliamentary Group and co-chair of the Congressional U.K. Caucus, wrote that a U.S.-U.K. free trade agreement is a “top priority” for the U.S. He said that President Trump is "extremely supportive of such a deal as are many Republican and Democratic leaders in Congress."

“With the U.K. no longer restrained by Brussels’ command-and-control bureaucracy and its heavy-handed regulatory tendencies, we can finally realize the full economic potential a sovereign Britain presents,” he wrote.

Britain voted to leave the European Union in 2016, a vote that then-candidate Donald Trump and other Republicans supported, but the British government has struggled to implement the result.

Prime Minister Theresa May’s withdrawal agreement, negotiated with Brussels last year, has been voted down three times by Parliament, and last week U.K. and E.U. leaders negotiated an extension until Oct. 31. It had initially been scheduled to leave the bloc in March. The country cannot negotiate a free trade deal until after the U.K. exits the E.U.

Amid calls in the U.K. for a second referendum or a “softer” Brexit from British lawmakers in favor of staying in the bloc, those in favor of a “harder” Brexit have repeatedly pointed to the possibility of a generous U.S.-U.K. trade deal as an example of the benefits that will come from the U.K. leaving the E.U. -- and warned against a deal that would limit that ability to negotiate its own deals. 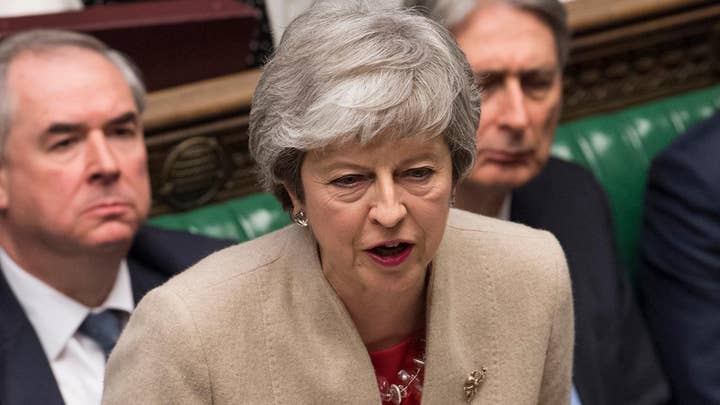 “All that remains to be seen are the exact terms under which Great Britain will leave the European Union,” Holding wrote. “An exit agreement that ties Britain too closely to the EU would effectively render a bilateral trade deal with the United States impossible.”

Holding’s op-ed comes amid a broader push by the White House to nudge Britain in the direction of a Brexit that would allow the country to negotiate its own deals, and soon.

Last summer, the U.S. Trade Representative’s Office formed a trading “committee” with the U.K. to work out a trade agreement, as a way to get around the fact that the U.S. cannot formally negotiate with the U.K. until it leaves the E.U.

“It’s very complicated inside Britain,” Bolton said. “I know they’re going through a lot of turmoil. But really I think the president would like to reassure the people of the United Kingdom how strongly we feel, that we want to be there when they do come out of the European Union.”

Those remarks came days after Trump tweeted: "My administration looks forward to negotiating a large scale Trade Deal with the United Kingdom. The potential is unlimited!”

The same day, in the Oval Office alongside Irish Prime Minister Leo Varadkar, Trump said he was "surprised at how badly it's all gone from the standpoint of a negotiation" and said that May didn't listen to his advice on how to negotiate with the E.U. He also said that a second referendum would be "unfair."

"I hate to see everything being ripped apart right now, I don't think another vote would be possible because it would be very unfair to the people that won that say: 'What do you mean you're going to take another vote?'" he said. "So that would be tough."