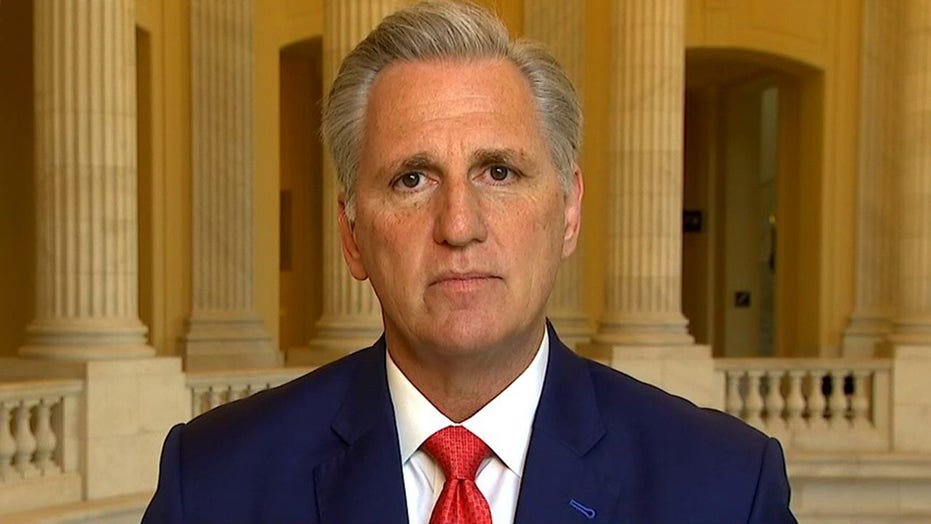 Republicans are hitting back at what they say is a “partisan” move by House Speaker Nancy Pelosi to form a new House committee on the administration's response to the coronavirus crisis — arguing that there are already numerous additional oversight measures in the $2 trillion stimulus bill passed by Congress last week.

“This isn’t about oversight, it sounds like pure politics,” House Minority Leader Kevin McCarthy said on “Fox & Friends” Friday. "Let’s take care of the crisis at hand right now. We have five different oversights already looking at this and this is what she comes up with?”

"I want to remind everyone here in our nation's capital, especially in Congress, that this is not the time for politics, endless partisan investigations. Here we go again,” President Trump said on Thursday. “They've already done extraordinary damage to our country in recent years."

Pelosi announced Thursday that she is creating a House Select Committee on the Coronavirus Crisis. The committee will appoint both Democrats and Republicans, and will have subpoena power to seek information from the Trump administration. 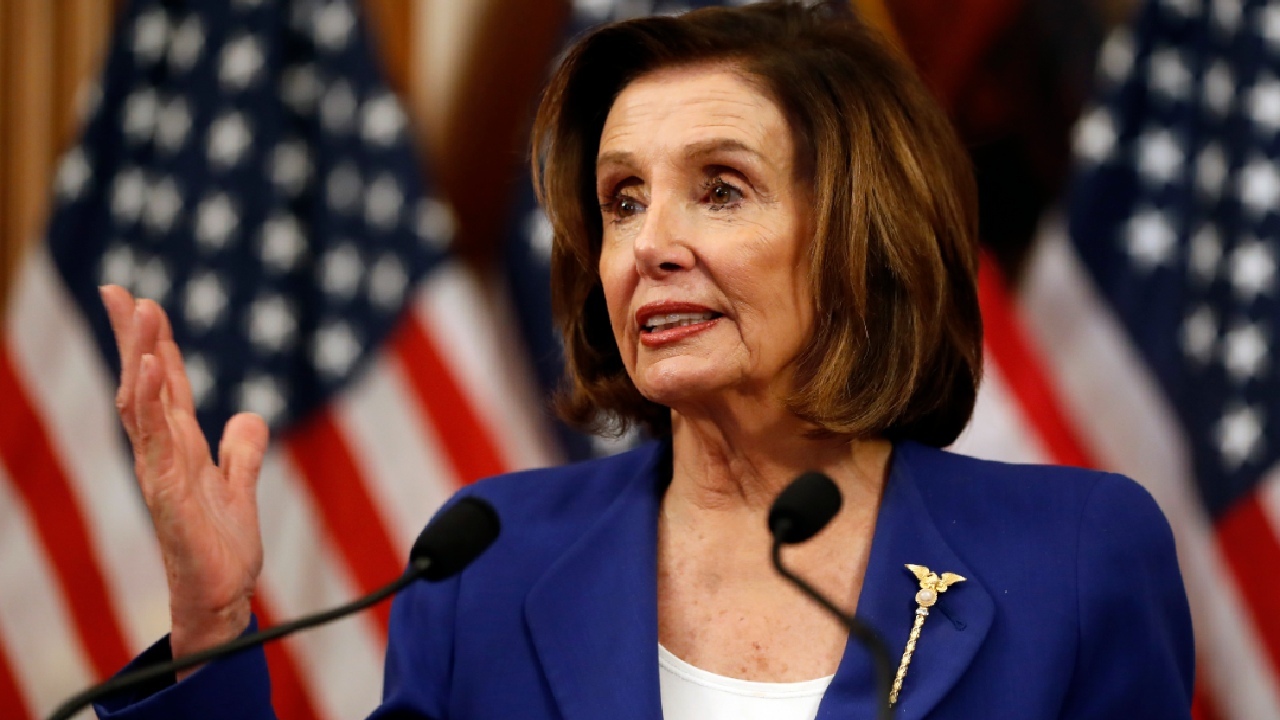 "It would have subpoena power that’s for sure. It's no use having a committee unless you have subpoena power," Pelosi, D-Calif., said Thursday during a teleconference call with reporters. "And we would hope that there would be cooperation because this is not a kind of an investigation of the administration it's about the whole [response]."

Unlike the 9/11-style after-action committee to investigate missteps in the coronavirus response that Rep. Adam Schiff and others have proposed, Pelosi said this committee is designed to address the "here and now" -- specifically concerning the allocation of the historic amount of federal funds directed to economic recovery.

But McCarthy noted that in the $2 trillion CARES Act that passed Congress last week, there were a number of extra oversight measures included related to the federal funding — and that’s not including the Oversight Committee itself, which is tasked with conducting oversight of the federal government.

Those measures include the Pandemic Response Accountability Committee, made up of inspectors general to locate and investigate waste and abuse of spending under the bill, and in response to the crisis. It also sets up a Special Inspector General for Pandemic Recovery to conduct oversight over stimulus spending by the Treasury.

Also set up is a Congressional Oversight Commission to oversee spending by the Department of the Treasury and the Board of Governors of the Federal Reserve. It is required to send reports to Congress every 30 days.

“That’s why in the CARES act we implemented three new oversight entities within there that [Pelosi] has an appointment to, but we already have the Oversight Committee only to focus on this, and we also have...every single committee has an oversight subcommittee,” McCarthy said.

“It seems to me that this is just politics as usual instead of focusing on the crisis we need to be today, focusing on the American public and getting the resources to them,” he said. 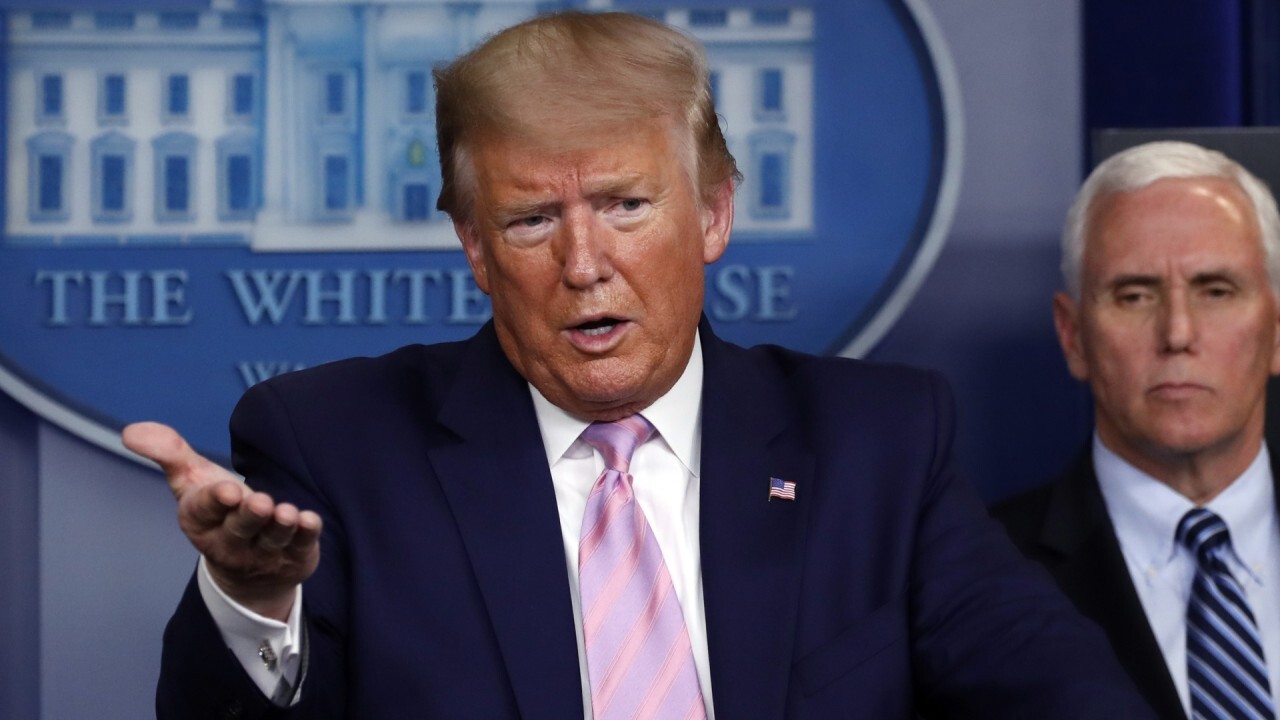 Trump has also sought to paint the effort as part of an endless series of probes that includes the Russia investigation and the impeachment inquiry.

The back and forth points to continued tensions between Democrats and Republicans. Republican lawmakers were furious at Pelosi’s approach to the spending bill, when she introduced a new spending package filled with what they saw as unrelated items such as environmental protections and requirements on the diversity of boards receiving federal money.

Trump’s anger at Democratic leaders was on full display Thursday when he sent a furious letter to Senate Minority Leader Chuck Schumer, D-N.Y.

"If you spent less time on your ridiculous impeachment hoax, which went haplessly on forever and ended up going nowhere (except increasing my poll numbers), and instead focused on helping the people of New York, then New York would not have been so completely unprepared for the 'invisible enemy,'" Trump wrote.