House Republicans on Thursday grilled Homeland Security Secretary Alejandro Mayorkas about his department’s lack of funding for additional Border Patrol agents and construction of a wall at the southern border, as Mayorkas instead emphasized the role of technology.

Mayorkas was testifying at the House Homeland Security Committee about the Fiscal Year (FY) 2022 budget request for DHS, which he said would include $665 million in investments toward modernizing land ports of entry and $47 million to invest in detection capabilities in addition to investments in border surveillance technology.

There is also $345 million for U.S. Customs and Immigration Services (USCIS) to tackle the backlog of applications and to support 125,000 refugee admissions.

"Notably, there is no request for additional border wall construction," he said.

"It does not, we have vacancies now and we are focused on recruiting and hiring additional personnel," Mayorkas responded.

Katko followed up by pointing to an "alarming" retirement rate among agents.

"We have a 21-year high in Border Patrol agents being pulled from all over the country to deal with the crisis at the border, and it seems to me it’d be a good time for us to contemplate pushing up Border Patrol," he said. 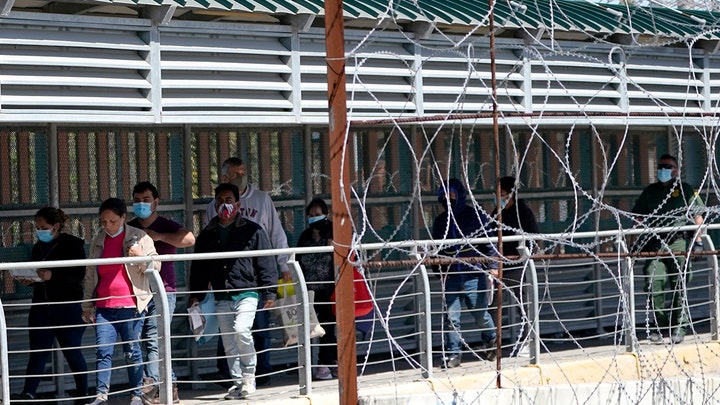 The Biden administration has been facing a dramatic crisis at the southern border, with more than 180,000 migrant encounters in May alone. Republicans have blamed the Biden administration's policies, such as ending border wall construction and rolling back Trump-era border protections like the Migrant Protection Protocols (MPP).

The Biden administration has claimed the border is not open and has focused instead on better processing of migrants into the country -- while launching efforts to tackle "root causes" in Central America, like poverty, climate change and violence.

Mayorkas emphasized repeatedly that technology at ports of entry and elsewhere is a "force multiplier" and would serve the department’s mission better, but Republicans were not impressed.

Rep. Michael Guest, R-Miss., later returned to both the funding of Border Patrol agents as well as the border wall funding -- and made reference to the recently announced effort by Texas Gov. Greg Abbott to fund its own border wall.

"Could you walk me through and explain to me the reason for decline in the CBP budget request, the lack of additional funding for Border Patrol agents, the lack of funding for CBP agents and the rationale behind no additional wall funding when the governor of Texas thinks it is very important, to the point he has already committed $250 million of taxpayer money from the people of Texas to build additional wall?" he said.

Mayorkas said the border was "not a one-size-fits-all" issue and said there are "different needs and challenges in different parts of the border." On the wall, he said the department is still studying the issue.

Rep. August Pfluger, R-Texas, sketched out a crisis of morale among agents at the border.

"We are seeing a cut in CBP specific funding, we have a $6 trillion proposal from the president, and every single agent I talk to, whether its Border Patrol, ICE, customs, is saying help, they’re asking me for help and technology, their morale is down, they're not able to do their jobs because the priorities have not been issued," he said.

Pfluger went on to describe a "crisis of epic proportions" in Texas and said the policies that are needed to curb the flow of migrants to the border just aren’t there.

"So when it comes to our budget and putting our best foot forward, Mr. Secretary, we are asking and demanding that we stop this mass surge and crisis that is hitting my community and every other community in the state of Texas and these border states," he said. 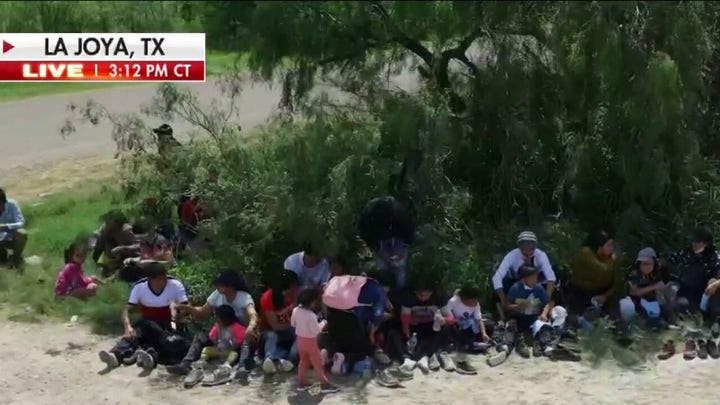 Rep. Ralph Norman, R-S.C., meanwhile, was dismissive of Mayorkas’ description of the administration’s approach to the crisis as "a multipronged effort."

"Multipronged, wow, multipronged?" he said. "It’s like all the other words -- it’s basically you’re not doing anything, because the numbers don't lie, Secretary Mayorkas."

Mayorkas also fended off a number of questions about Vice President Kamala Harris’ failure to visit the border since being appointed to lead the diplomatic talks to solve the root causes in Central America.

Harris went to Guatemala and Mexico last week and issued a message to migrants, telling them not to make the journey to the U.S. She also committed to visiting the border but did not say when.