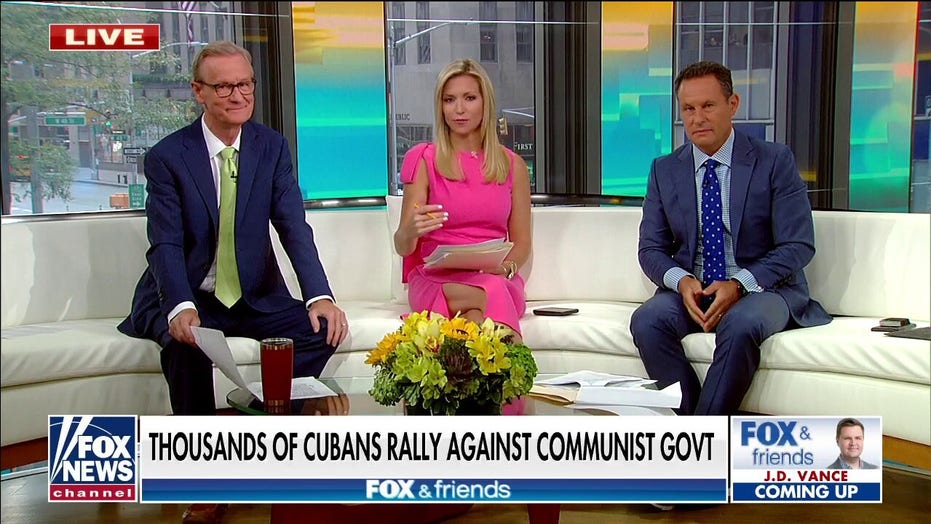 Thousands of Cubans took to the streets to protest the government.

Republicans are pointing to unrest in Cuba as evidence that socialist policies ultimately fail, despite a trend among far-left Democrats to embrace them.

Thousands of Cubans took to the streets in Havana over the weekend to lash out at the worsening conditions in the country under the communist regime, as Cuba faces its worst economic crisis in decades.

"Socialism leads to pain and suffering and Cuba is the perfect example," Sen. Marsha Blackburn, R-Tenn., said in a statement. "Biden must pressure Cuba to provide assurances that they will not fire on their own people. This is a major test for Biden. He must exert leadership and American influence."

"Protests in #Cuba aren’t simply about ‘shortages’ Socialism promises guaranteed food, medicine & income if you give up your freedom," Rubio tweeted. "When, as always, it fails to deliver you don’t get your freedom back."

Cruz spoke out against the "tyranny" of the Cuban government, noting that his family fled from the country.

"The Cuban people have fought against the tyranny of the Communist regime for decades, and have taken to the streets demanding liberty," Cruz said in a statement. "This regime has brutalized and denied freedom to generations of Cubans, forcing many including my family to flee or be murdered, and over the coming days will widen its violence to try to suppress the brave protesters in the streets."

Meanwhile, self-professed Democratic socialists like Sen. Bernie Sanders, I-Vt., and Rep. Alexandria Ocasio-Cortez, D-N.Y., appear to be in lockstep by not acknowledging what is happening in Cuba.

"We stand with the Cuban people and their clarion call for freedom and relief from the tragic grip of the pandemic and from the decades of repression and economic suffering to which they have been subjected by Cuba's authoritarian regime," Biden said.