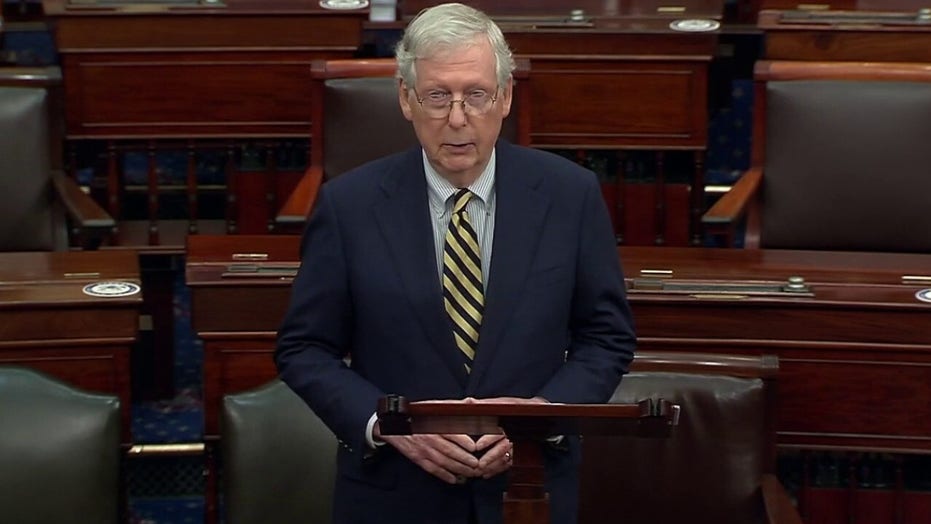 As the U.S. Senate readies for what could be one of the nastiest political skirmishes in recent history over the potential confirmation of a Supreme Court nominee from President Trump to fill the seat of the late Justice Ruth Bader Ginsburg, multiple potential GOP swing votes came out in recent days in support of moving along a Trump nominee -- leading Senate Judiciary Committee Chairman Lindsey Graham to declare "We've got the votes."

Notably, on Monday vulnerable Sen. Cory Gardner, R-Colo., who is up for reelection on Nov. 3, said that he would vote to confirm a qualified nominee from the president as did institutionalist Sen. Chuck Grassley, R-Iowa, who is known for his reverence for the Senate's institutional safeguards and his willingness to occasionally buck the president. Sen. Joni Ernst, R-Iowa, also said that she would evaluate a Trump nominee -- signaling her support for the processing of the nomination ahead of the presidential election.

Those three, along with the Republicans who declared their intention to support a Trump nominee over the weekend, gave Senate Majority Leader Mitch McConnell, R-Ky., a clear path to the 50 votes he needs to install Trump's third pick to the Supreme Court. Sens. Mitt Romney, R-Utah, and Pat Toomey, R-Pa., said Tuesday they support moving ahead with a nominee as well, further entrenching the math in favor of Republicans.

"I have and will continue to support judicial nominees who will protect our Constitution, not legislate from the bench, and uphold the law," Gardner said in a statement Monday evening. "Should a qualified nominee who meets this criteria be put forward, I will vote to confirm."

Grassley in his statement saying that he supports moving forward with a Trump nominee decried "the ugly tactics deployed by Senate Democrats during the confirmation process" and said, "the American people reaffirmed their support for the president by expanding the Republican majority in the Senate."

"Over the years, and as recently as July, I’ve consistently said that taking up and evaluating a nominee in 2020 would be a decision for the current chairman of the Judiciary Committee and the Senate Majority Leader," Grassley continued. "Both have confirmed their intentions to move forward, so that’s what will happen. Once the hearings are underway, it’s my responsibility to evaluate the nominee on the merits, just as I always have."

He added: "[I]f the shoe were on the other foot, Senate Democrats wouldn’t hesitate to use their Constitutional authority and anything else at their disposal to fill this seat.”

Ernst on Monday said that once Trump chooses a nominee "I will carry out my duty—as a member of the Senate Judiciary Committee—to evaluate the nominee for our nation’s highest court."

Those three Monday committals, plus Romney Tuesday and previous indications that Sens. Lamar Alexander, R-Tenn.; Martha McSally, R-Ariz.; Thom Tillis, R-N.C.; David Perdue, R-Ga.; and others would support the processing of a Trump nominee appear to tip the confirmation math in favor of the Republican Senate being able to push through a Trump nominee.

"We've got the votes to confirm Justice Ginsburg's replacement before the election," Senate Judiciary Committee Chairman Graham, R-S.C., who is also up for reelection, said on "Hannity" Monday night. "We're going to move forward in the committee, we're going to report the nomination out of the committee to the floor of the United States Senate so we can vote before the election. Now, that's the constitutional process." 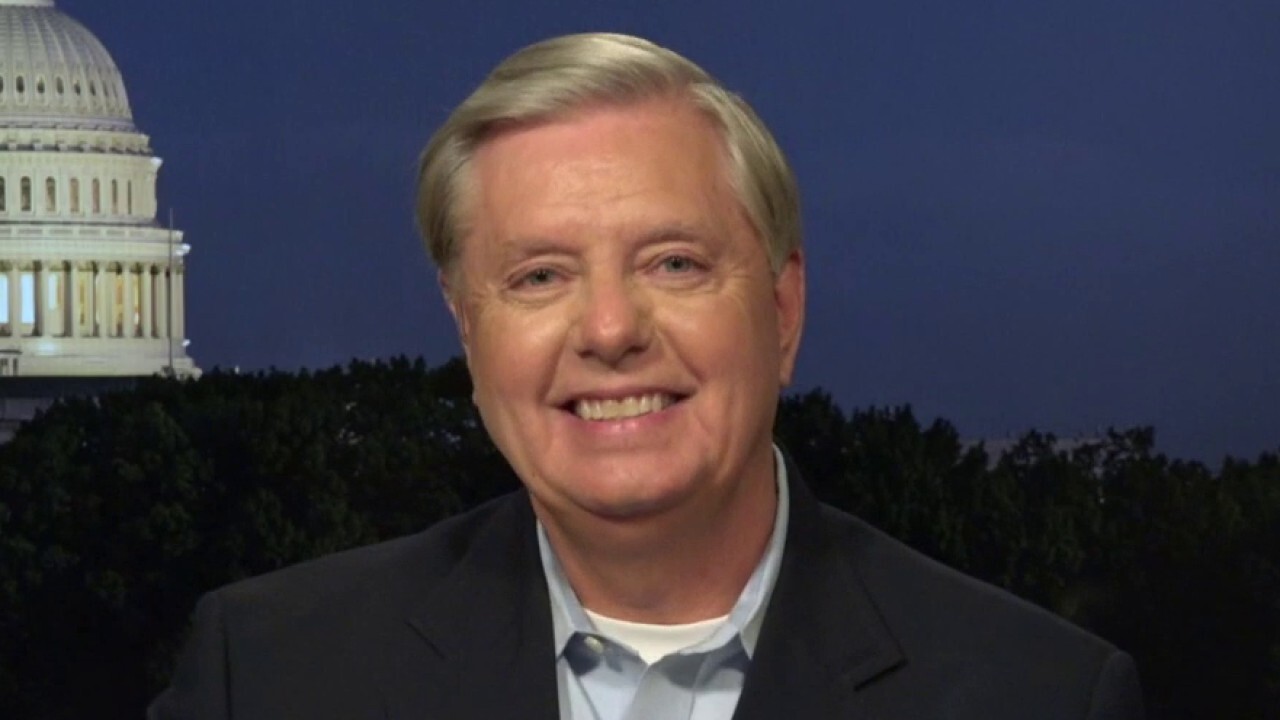 Republicans as recently as Sunday had been noncommittal about the timeline of confirming a justice before the election, but Trump said multiple times he would like to have a justice installed before the election. And multiple observers have noted that if the presidential election is contested, having eight justices on the court could dangerously increase the likelihood of a deadlocked court if it is called upon to decide a dispute that would tip the battle between Joe Biden and Trump one way or the other, as happened in the 2000 election between George W. Bush and Al Gore.

The only two Republican senators who have explicitly come out against processing a Trump nominee ahead of the election are Sens. Susan Collins, R-Maine, and Lisa Murkowski, R-Alaska.

"In order for the American people to have faith in their elected officials, we must act fairly and consistently -- no matter which political party is in power," Collins said. "I do not believe that the Senate should vote on the nominee prior to the election. In fairness to the American people, who will either be re-electing the President or selecting a new one, the decision on a lifetime appointment to the Supreme Court should be made by the President who is elected on November 3."

Added Murkowski: "I did not support taking up a nomination eight months before the 2016 election to fill the vacancy created by the passing of Justice Scalia... We are now even closer to the 2020 election — less than two months out — and I believe the same standard must apply.”

GRAHAM PRAISES RBG AS 'TRAILBLAZER' WHO SERVED WITH 'HONOR AND DISTINCTION'

Moderate Democratic Sens. Doug Jones, D-Ala., and Joe Manchin, D-W.V., also said they oppose processing Trump nominee before Nov. 3. But Republicans do not need their votes -- or those of Murkowski and Collins -- to confirm a justice.

The process is by no means a done deal. Trump has not even chosen his nominee yet. He said he would not do so until either Friday or Saturday when services honoring Justice Ginsburg have concluded. But with Romney's vote Republicans appear to be in a position to confirm a conservative Trump nominee before election day.

Toomey also backed GOP plans to move a Trump nominee on Tuesday. That means Republicans can afford one unexpected defection and still have the votes to confirm a Trump nominee with Vice President Mike Pence breaking a 50-50 tie. Other Republicans affirming their intention to consider a Trump nominee Tuesday included Sens. Shelley Moore Capito, R-W.V., and Roger Wicker, R-Miss.

Republicans can afford to lose three total votes and Collins and Murkowski make two. If any combination of two Republican senators in addition to Murkowski and Collins swing against a Trump nominee Republicans will not be able to get the nominee over the finish line. There are no indications at this point, however, that outcome is likely.

Senate Minority Leader Chuck Schumer, D-N.Y., has tried a combination of veiled threats and appeals to his Republican colleagues' consciences to get those four votes.

"We only need two more senators to say that they will abide by RBG's wish, two have already said it," Schumer said Sunday in front of the high school in Brooklyn where he and Ginsburg graduated. "We need two more. So Americans, if you care about all these rights, if you don't want big, powerful, wealthy special interests to turn the clock back 100 years, even, please, our fervent plea, our fervent wish is that you call your senator and say abide by the wishes of this saintly, brilliant, caring woman and let it wait."

He has also said that "nothing is off the table" for a potential Democratic Senate majority in 2021 if Republicans force through a Trump nominee before the election or while he is a lame duck. That appears to be an allusion to threats Democrats have been making for months to pack the Supreme Court and get rid of the legislative filibuster.

McConnell warned Monday on the Senate floor that Democrats would make such threats and attempt to smear whoever it is that Trump nominates.

Schumer shot back: "If you care about these things and the kind of country we live in, this election and this vacancy mean everything... By every modicum of decency and honor, Leader McConnell and the Republican majority have no right to fill it."