Lee and Najla Weathersbee, residents of Del Rio, express their fears as thousands of migrants wait at the border to enter the U.S.

Rep. Chip Roy, R-Texas, is criticizing House Democrats for moves to "stonewall" a resolution of inquiry that seeks information from the Department of Homeland Security about the ongoing crisis at the southern border.

The resolution, submitted earlier this month, requests that the administration, through the president, submit documents and communications related to the administration’s handling of the border, and comes after complaints by Republicans that the Department of Homeland Security has not been responsive to requests for information.

"We filed the resolution of inquiry...because we filed and sent letters asking for information over the course of the year and never heard back," Roy told Fox News in an interview this week.

"We're Congress, we fund them and they damn well ought to give us answers," Roy said.

It comes amid a massive crisis at the border that has seen more than 200,000 migrant encounters in July and August, as well as a more recent surge in Haitian migrants to the border in Del Rio.

"If no committee action is taken in 14 legislative days, it receives a floor vote, but they passed a special rule blocking the resolution of inquiry being discharged on the floor for a vote," he said.

Republicans have been sounding the alarm about rule changes by Democrats that have stopped the oversight tool – typically used by the minority party – from being wielded.

In March 2020, Congress prevented such resolutions from becoming privileged resolutions in an attempt to keep business off the House floor during the pandemic.

One year later, Democrats extended the rule through April 2021 and the provision has been repeatedly amended – pushing the new deadline through Oct. 27 with no indication that the committee will reverse the rule when that time comes.

"Although Democrats claim that turning off the use of resolutions of inquiry is related to available floor time, it is really a move to shield the Biden Administration from answering legitimate questions about its abject failures and missteps," Rules Committee Ranking Member Rep. Tom Cole, R-Okla., told Fox News this week.

A spokesman for Democrats on the Rules Committee accused Republicans of having tried to "disrupt the House floor, demanding votes even on noncontroversial bills that they support."

""Now, they are demanding even more tools to derail the work of Congressional committees," they said. 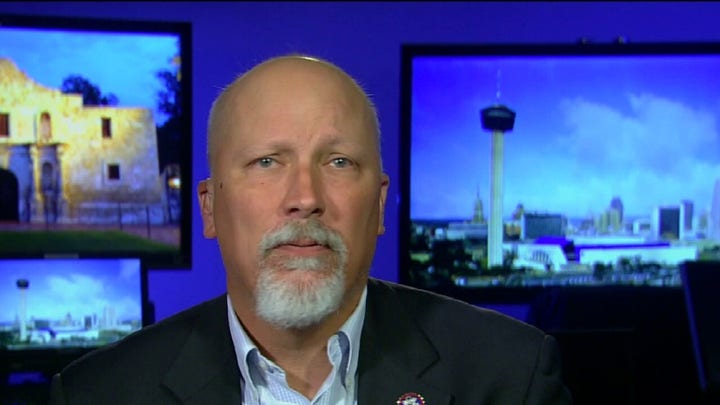 Roy said the rule change was a "pattern" of a lack of transparency by Democrats and the administration on the border, pointing also to a temporary block on drones over Del Rio and moves to prevent lawmakers and journalists taking images of migrant facilities earlier this year.

"I’ve never seen anything like the way the House is being run, and Democrats in general in terms of not wanting to provide information, not wanting to work together to be able to seek the truth," he said.

"I would think they want to know this information, even if its for different policy angles, but they don't seem to want to comply," he said.

Republicans have pledged to keep going with their push for answers from the administration, even if their position as the minority limits the tools available to them.

"This is easily solvable, either send us an answer to the inquiry in which case it’s moot, or allow us to have a vote as Congress saying ‘hey shouldn't we know this information, what are you afraid of?’

"These are literally the two options that solve this immediately, but instead it's stonewall," he said.