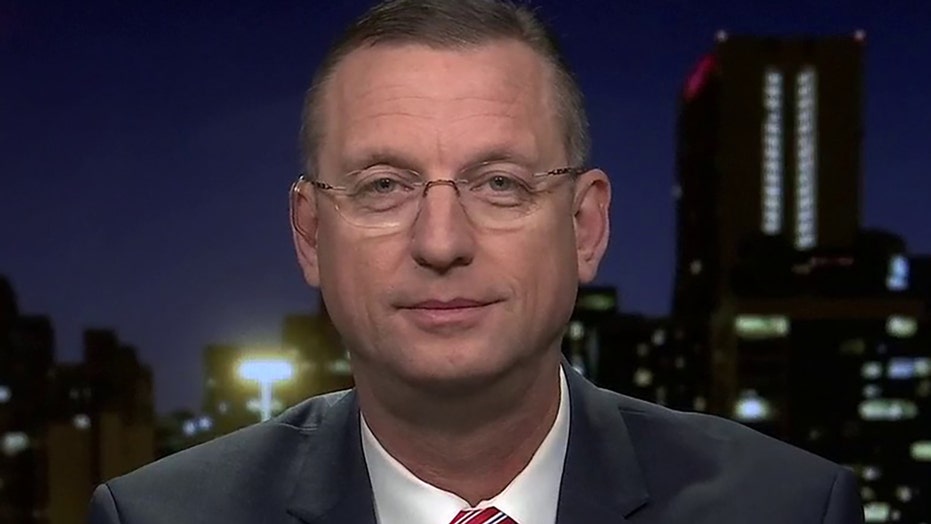 Republican Rep. Doug Collins, who has been one of President Trump's defenders through the impeachment process, announces he will run for U.S. Senate on ‘Fox and Friends.’

Republican Georgia Rep. Doug Collins, one of the numerous House members on President Trump's legal defense team, predicted Wednesday that the Senate will vote on a bipartisan basis to acquit the president following his impeachment trial.

Politico reported on Tuesday that Democrats were apparently divided over whether to remove Trump from office on the charges of obstruction of Congress and abuse of power — neither of which is a defined federal crime. Collins predicted on "Fox & Friends" that some of those Democrats would eventually join Republicans in clearing Trump of wrongdoing.

"For the first time what we're probably going to see here, and I think we'll actually probably see this," Collins said, "the only bipartisan part of this whole impeachment sham will be bipartisan to acquit the president."

Moderate Democratic Sens. Joe Manchin, Doug Jones and Kyrsten Sinema were all weighing votes to acquit Trump on at least one of the two articles of impeachment, Politico reported.

“I know it’s hard to believe that. But I really am [undecided]. But I have not made a final decision. Every day, I hear something, I think ‘this is compelling, that’s compelling,’” Manchin said. “Everyone’s struggling a little bit.”

Additionally, Manchin said on MSNBC Wednesday that Hunter Biden is a relevant witness for the Senate to call in the impeachment trial.

The wavering on impeachment comes as a handful of Republicans are doing the same over an upcoming vote on whether or not the Senate should subpoena witnesses to testify before the body.

A New York Times report earlier this week that said Trump's former national security adviser, John Bolton, wrote in his forthcoming book that Trump had connected withholding Ukranian aid to investigations into the family of 2020 contender Joe Biden, has caused some GOP members to think twice about moving straight to acquittal before hearing from Bolton.

The withheld Ukranian aid has been at the heart of the impeachment inquiry since a whistleblower report on the matter late last summer. Democrats have accused Trump of abusing his power by using the aid to extract politically beneficial favors from Ukranian President Volodymyr Zelensky — the investigations. The president's defenders argue there was a legitimate reason to suspect the Bidens were engaged in corruption and that Trump's actions were proper.

Collins expressed confidence Wednesday that Trump's defense team would convince both wavering Republicans and fence-sitting Democrats to side with the president.

"At the end of the day, when they look at the total case, they look at what has been presented, and how badly it was done in the House, and how poorly these articles were drafted," Collins said.

"No matter what happens the president did nothing wrong," he continued, "Ukraine got the aid and there was nothing conditional about it and they did nothing to get it, so there's nothing here to do."