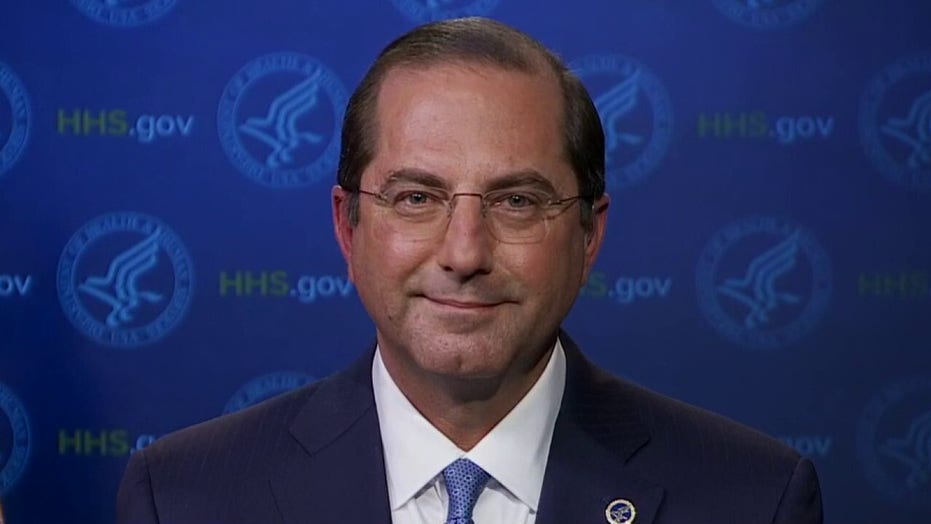 HHS Sec. Azar: Trump did everything Bright said he should do

In a letter to the Office of Special Counsel obtained by Fox News, Jordan noted that Bright previously supported hydroxycholoroquine for emergency use and clinical trials, but when he later opposed the drug it was at the same time BARDA awarded millions for the testing of a different drug.

"On March 21, 2020, during the time period when Dr. Bright says he was urging HHS leadership against the use of hydroxychloroquine, BARDA awarded pharmaceutical company Regeneron $92 million in funding for clinical studies for its anti-rheumatic drug Kevzara for treatment in patients with COVID-19," the letter said. "While the drug is similar to hydroxychloroquine in that both therapies are anti-rheumatic, Dr. Bright's preferred drug is costlier to the patient without yet proving efficacy or safety."

Jordan points out how Bright acknowledged in a recent congressional hearing that he had supported use of hydroxychloroquine in clinical studies and even requested an emergency use authorization for it from the FDA, but opposed use of the drug outside a physician's supervision.

Jordan also implied that Bright has ties to Democrats who used his testimony "to politicize the Trump administration's response to the COVID-19 pandemic[.]" He noted that the company producing the drug BARDA supported is located in the district of a "powerful Democratic member of Congress," and referred to a Politico report that detailed Bright's ties to Rep. Anna Eshoo, D-Calif., who chairs the committee that invited Bright to testify. The report refers to Eshoo -- who worked on legislation that created BARDA -- as a "close congressional ally" of Bright, and describes how companies in Eshoo's district have received more than $100 million from BARDA during and prior to Bright's leadership.

Jordan stated that Eshoo's Health Subcommittee of the House Committee on Energy and Commerce is "a panel not typically known for evaluating allegations of prohibited personnel practices."

Eshoo told Politico that she held the hearing "because the American people deserve to hear Dr. Bright’s story." A spokesperson for Bright told the outlet, "If members of Congress call him, no matter if it is a Republican or a Democrat, he responds back. This is not about politics.”

Fox News reached out Eshoo's office for further comment but they did not immediately responded.

Jordan claims that House Democrats used Bright's testimony "as an opportunity to attack the Trump administration for political gain." He urged the Office of Special Counsel "to resist any attempt to further politicize Dr. Bright's allegations and instead conduct a fair and objective investigation with all available facts."