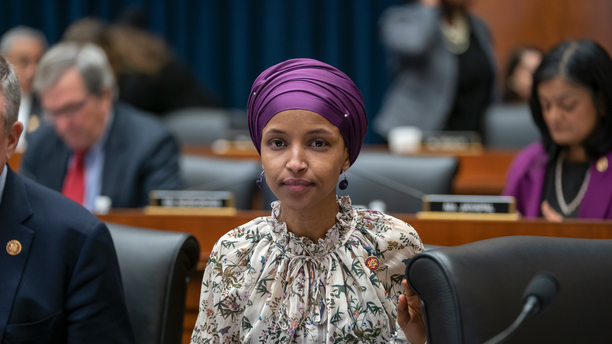 Rep. Ilhan Omar spoke out Tuesday on a new policy that would loosen restrictions on shipping weapons like semi-automatic rifles to foreign countries, which is set to go into place just a month after a semi-automatic rifle was used in the Christchurch massacre that left 50 Muslims dead.

In her questioning as part of a House Foreign Affairs Committee panel, Omar highlighted various deadly shootings in Berlin, Norway, and most recently, New Zealand, all of which involved the use of semi-automatic weapons.

The new policy would do away with the requirement that gunmakers get licenses from the State Department and instead allow them to sell to foreign countries with a no-fee license from the Commerce Department - a much less burdensome process that is more difficult to track, NBC News reported.

“On March 15 of this year, there was a shooting at a mosque in Christchurch, New Zealand that left 50 people dead. The shooter was armed with five guns — two of which were semi-automatic weapons," Omar said during a congressional hearing on the new policy.

“I find it a little disturbing that we are having this conversation 11 days after the shooting in New Zealand, talking to people who manufacture guns, arguing for the need to loosen restrictions to import assault rifles," she added.

NETANYAHU, ILHAN OMAR SPAR OVER ROLE OF AIPAC'S POLITICAL MONEY: 'IT'S NOT ABOUT THE BENJAMINS'

'ILHAN OMAR HITS BACK AT TRUMP AFTER HE PROMOTES REPORT ON PRIMARY CHALLENGE: 'CAN'T #MUSLIMBAN US'

“Is it your understanding that this policy would make it easier for American manufacturers to export that weapon?” Omar asked Arms Control Association's Jeff Abramson.

“Indeed. That’s exactly what we’re talking about,” he said.

“The U.S. government would not issue a license, though, if it would violate local law” in another country, F.A.I.R. Trade Group Executive Director Johanna Reeves said.

Still, when asked if it would be “easier” for manufacturers to sell such weapons to countries like Omar's own Somalia, which have “governments with patterns of human rights violations,” Susan Waltz, a professor at the University of Michigan's Gerald R. Ford School of Public Policy, responded: “I think it would.”