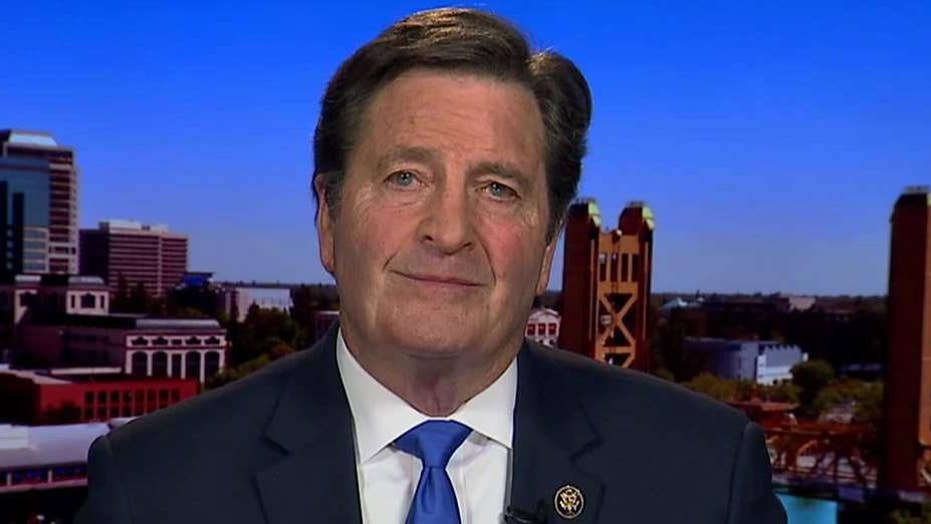 During an appearance on "America's Newsroom" on Wednesday, Garamendi argued that there are a number of solutions that can be undertaken to lessen the strain of illegal immigrants on America's resources, but the president has resisted implementing them.

Many Democrats, including Garamendi, believe one way to tackle the issue is to establish facilities in Central American countries where large numbers of immigrants are fleeing from, in order to process immigration and asylum claims before individuals reach the United States border, crossing illegally or facing months in detention while awaiting asylum trials.

REP. PETER KING: KEEPING ASYLUM-SEEKERS IN CUSTODY UNTIL HEARINGS IS WHAT 'HAS TO BE DONE'

In response to an earlier Tuesday appearance by Rep, Peter King, R-N.Y., who said Democrats have repeatedly shut down attempts to reach common ground, Garamendi argued the claim is simply untrue.

"Last year, the Democrats proposed a major amount of money for border fencing and increasing the various ports of entry, providing new judges, all of those - ultimately the president rejected and we wound up with the shutdown," he said.

He and Rep. King have at least one opinion on immigration in common - both sides of the aisle need to work together to find compromises to solve the problem.

"What we need to do is work together - and we can," he concluded.