‘Freedom Squad’ will be ‘fighting against’ socialism: Congressman-elect Gimenez

Congressman-elect Carlos Gimenez, R-Fla., says he and other ‘Freedom Squad’ members will work against socialist policies in Congress.

Gimenez, who served as mayor of Miami-Dade County for much of the last decade, says he's proven he can cut taxes, make government run smoothly, spur economic development and even slash his own salary by 50%. Now, he's ready to "dive into the weeds" in Washington and cut the red tape in federal government bureaucracy, too.

"The reason I'm here is to try to make the government run better and be more responsive to the people and be less bureaucratic," Gimenez, 66, told Fox News in a recent interview during congressional orientation in Washington, "and get rid of unnecessary regulations that cost people money, that cost people jobs and that get in the way of entrepreneurship and innovation. That's what I really want to do."

Gimenez is among a dozen Republicans who flipped blue House seats red at a time when Democrats were planning to grow their majority, rather than lose seats. Gimenez said political analysts in D.C. were so out of touch with the impact of his daily TV presence in Florida leading the Miami-Dade coronavirus response and the energy on the ground in favor of President Trump.

Political handicappers projected the race favored freshman Democratic Rep. Debbie Mucarsel-Powell in the 26th Congressional District that extends from the Miami suburbs down to Key West. So when results came in on election night showing Gimenez won, it was an early indication that 2020 was not a blue wave election.

Gimenez, who was born in Cuba and fled to the United States as a child for the promise of democracy, ran on restoring the economy, funding police departments, opposing the Green New Deal and fighting back against socialism -- messages that resonated in a district that is about 70% Hispanic. Another Cuban American Republican, Maria Elvira Salazar, a former TV journalist who ran on preventing socialism from taking hold in America, beat Rep. Donna Shalala, D-Fla., in the neighboring 27th District in a double blow to Democrats in South Florida.

The GOP turnaround in the 26th District was dramatic. Trump lost the district by 16 points four years ago, but in 2020 he won by six points. Gimenez swung with his district, too. The former 2016 Hillary Clinton supporter backed Trump in 2020 and earned the president's endorsement as well.

"His policies were the right policies and I could see that what he was doing was the right thing. I wholeheartedly endorsed him and support him," Gimenez said of Trump. "... I made a mistake [in 2016]. And I'm not ashamed to say I did make a mistake."

Gimenez got his start in public service as a firefighter in Miami in 1975 and rose through the ranks and became fire chief in 1991 where he led the department for nine years. In 2000, Gimenez was appointed city manager of Miami, where he touted his efforts to restore fiscal stability and raising the city's bond rating from junk to investment grade. Gimenez was first elected to the Board of County Commissioners in 2004, where he served through 2011, before becoming mayor of the most populous county in Florida.

As mayor, Gimenez said he cut taxes, slashed his salary 50% when he asked other employees for 10% cutbacks, reduced the number of county departments, diversified the economy with a technology hub and attracting the financial services sector, and invested in the airport and seaport infrastructure to make Miami the "cruise capital of the world." Gimenez said he led the "huge transformation" quietly and without the publicity of other big-city mayors.

Gimenez also took aim at other big-city mayors that failed to stop rioters and violence this year in the aftermath of George Floyd's death, calling out the problems in Portland, Seattle, New York, Chicago, Minneapolis and Los Angeles.

ASHLEY HINSON, FORMER TV NEWS ANCHOR, IS LOOKING FOR SOLUTIONS — NOT TO 'LAUNCH FIREBOMBS' IN CONGRESS

He "absolutely" believes the violence elsewhere was a failure of leadership, saying "mayors allowed mob rule."

"Those mayors that allowed their cities to be ruled by mob rule are actually disrespecting democracy," he said.

"As other cities were burning Miami wasn't," Gimenez added. "... Not only am I the mayor of Miami-Dade County, I’m the sheriff of Miami-Dade County. And so my direction was very clear. We will protect the rights of people to protest in a nonviolent manner. Once they cross that line, then we're not going to protect that. And so they tried us for two days. And they found out that we were serious about our enforcement. And then the folks from Antifa and BLM, they decided to get on a plane leave and then went to other cities and never came back."

Gimenez arrives in Washington as Republicans and Democrats are divided about whether another round coronavirus stimulus should include more funding for state and local governments, whose tax revenues have dried up during the economic downturn, meaning cuts and furloughs for public workers.

Gimenez said he doesn't have a problem with new state and local funding as long as it's not used to bail out past mismanagement and cities realize they have to "tighten their belts" during the downturn. He believes most of the relief should be targeted at the people and businesses since the best way to replenish city coffers and services is to get businesses open and people back to work. 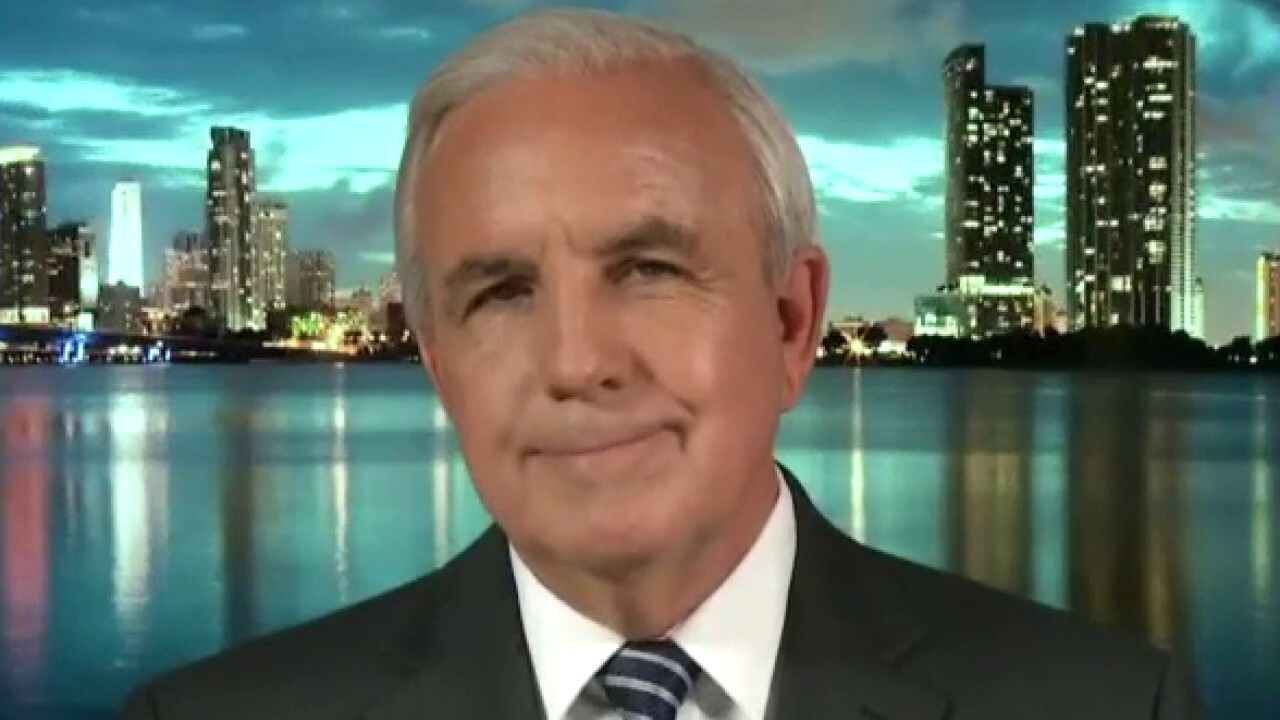 Gimenez won't be flying back to D.C. this week to participate in person for the second round of congressional orientation since he and his wife, Lourdes, contracted COVID-19. He told Fox News Saturday they were not experiencing symptoms and feeling fine.

Gimenez, a husband, father and grandfather, marveled at the long and unlikely journey to the halls of Congress that could only be possible in America.

His dad came to the U.S. from Cuba with $10 in his pocket and a watch and moved his family into a home with about 21 people in Miami and started work as a hotel bellhop. A young Gimenez said he initially got all "F"s in first grade because he didn't understand English but soon learned the language, overcame the odds and went on to success.