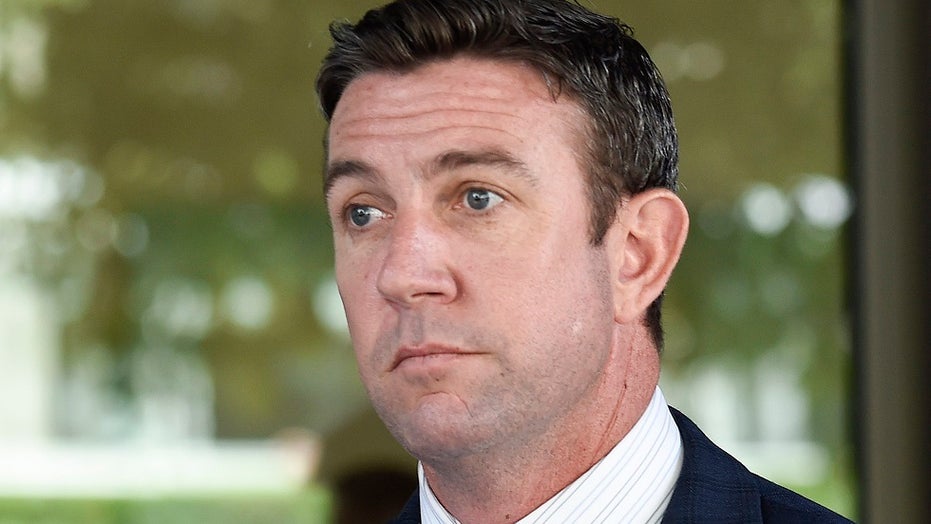 Rep. Duncan Hunter, R.-Calif., announced Friday that he plans to resign from his House seat “shortly after the holidays.”

“Shortly after the holidays I will resign from Congress. It has been an honor to serve the people of California’s 50th district, and I greatly appreciate the trust they have put in me over these last 11 years,” Hunter said in a statement.

After months of claiming innocence, Hunter reversed course and pleaded guilty this week to a single count of conspiring with his wife to misuse at least $150,000 in campaign funds for personal expenses.

The 42-year-old lawmaker will be sentenced on March 17 and faces up to five years in prison. Hunter told a local news station Monday that he will resign from Congress and is prepared to face jail time.

The Hunters were indicted in August of misusing $250,000 in campaign funds. The indictment accused Hunter of using the funds to purchase trips to Hawaii and Europe, to pay for his family’s dental work and school tuition, and to fly the family’s pet rabbit across the country.

According to the indictment, Hunter and his wife illegally spent the funds on a birthday party for their young daughter at a posh hotel and social outings with friends at a French bistro in Washington, among other things.

Prosecutors also said that Hunter spent some of the money on extramarital affairs with lobbyists and congressional aides.

Until his switch to a guilty plea, Hunter resisted calls to resign, framing the charges as a political attack by Democratic prosecutors.

His wife, Margaret Hunter, was also charged in the case but accepted a plea deal in June that called for her to testify against her husband. The couple could have faced decades behind bars prior to the plea deals.

Hunter’s upcoming departure from one of the GOP’s few remaining seats in heavily Democratic California leaves a number of Republicans vying to fill his seat, best-known among those being former congressman for California’s 49th district Rep. Darrell Issa. The 50th Congressional District has an 11-point Republican registration lead over Democrats.

Prior to this week, Hunter had been actively running for reelection while under indictment. He narrowly won his race in 2018 after being indicted.

Hunter was elected in 2008 after his father represented the district for 28 years.