Reid Can Work With Rand Paul, But Can Republicans? 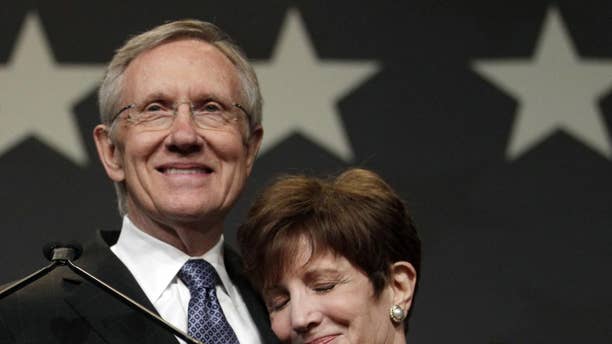 In a rare, live television interview, a visibly weary Senate Majority Leader Harry Reid, D-Nev., who handily won reelection in a hard-fought race against a Tea Party candidate, said he's ready now to work with Republicans, including those from the upstart, grassroots movement that nearly brought him down.

The Leader said he watched Tea Party Republican Rand Paul's victory speech Tuesday night, after the ophthalmologist won his seat in Kentucky, and when asked if he could work with the maverick who holds views diametrically opposite of the leader, Reid readily said, "Oh sure I can. I have no problem with him at all," though he laced his comments with a bit of a warning for his conservative colleague. "No matter how strong you feel as an individual, we have to work together as a unit."

But first, Republicans in Washington will have to figure out how to work as a unit, as several strong, conservative, independent personalities head their way, candidates who have taken pride in bucking the Establishment already.

Still, National Republican Senatorial Committee Chairman John Cornyn of Texas told Fox Tuesday night that though there will be disagreements, there are three fronts, in particular, where agreement can easily be found. "We're going to work together to get the agenda I just told you about - put America back to work, cut spending and debt. Those are the unifying themes. I don't think there"ll be any division on that."